If you’re looking for something to collect—and you have a lot of room on your bookshelves—consider vintage editions of Louisa May Alcott’s Little Women that have been inscribed as gifts, from mothers to daughters, from aunts to nieces—but also, sometimes to little men. I have a 1949 edition addressed, on the title page, “To lovely Gail, from one who loves her. Nenie.” And although I don’t own it, I have also seen one inscribed simply, in a neat but sloping hand, “Gordon from mother, Christmas 1916”—a remembrance from an era when the word love wasn’t used within families as freely as it is today, but often flowed nonetheless.

Books that are marked are often the ones that mark us. Used bookstores, the collectible-books market, even just eBay: All bear witness to how widely Little Women—beginning with its publication, in 1868 and 1869—has been passed with love from one generation to the next. It’s a legacy not just of a great story and vividly drawn characters, but also of information: Alcott told us that it takes work and openness to know who you are, and when you figure it out, hang on for dear life.

Greta Gerwig’s new adaptation of Little Women, both respectful and invigorating, is her own inscription to a new generation, a reimagining that reaches out to young people making their way in the world today even as it’s true to the manner in which Alcott herself—a woman writer in a field ruled by men—had to push her way forward. Saoirse Ronan plays the story’s heroine, aspiring writer and all-around firecracker Jo March, the second-oldest daughter in a family of New England sisters circa the mid-1860s. The girls’ mother, Marmee (Laura Dern, in a performance as warm as a hearth), holds the family together while the patriarch is away, fighting in the Civil War. He’ll come back, eventually, played with spirited tenderness by Bob Odenkirk. But as much as Mr. March loves his girls, he’ll always be an outsider in this world of women—a truth that fathers of all-girl families (and lone brothers, too) know too well.

The Marches are a micro-society of women, doing things their own way and getting things done: Meg (Emma Watson), the oldest, half pragmatic and half romantic, longs to marry and have a family of her own—she yearns for both security and the challenge of bringing children into the world. Beth (Eliza Scanlen) is the timid, retreating one, preferring home and family above all else, though she’s generous beyond those parameters. And Amy (Florence Pugh), the youngest, loves painting and beauty. She’s also self-centered and a bit bratty—yet of all the sisters, she’s the most practical-minded, a realist in a world that isn’t always kind to women. Pugh’s performance is marvelous: Amy is the funniest of the girls, always ready with the one-liner everybody else is thinking but nobody dares to blurt out. Yet she struggles with her own jealousy and pettiness: Pugh’s frowny-face, in Amy’s thundercloud moments, is like a 19th-century emoji—she can’t help expressing all the things sturdy New Englanders were always so good at training themselves to hide.

Men are natural outsiders in this world of women, but they’re not unwelcome. Laurie is a teenage gentleman of means who has lived most of his life in Europe but who, after the death of his mother, moves in with his grandfather, the Marches’ stately next-door neighbor, Mr. Laurence (a wonderful, whiskery Chris Cooper). Laurie—played, superbly, with heavy-lidded impishness by Timothée Chalamet—meets Jo at a dance, or rather, he meets her as she’s trying to hide from the dance. She’s not interested in parties or dancing or boys, but she takes an immediate liking to Laurie, with his raffishness, his easy laughter. The two make their own dance, sneaking out to the front porch of the grand house where this country ball is being held—they stomp and twirl and mug for each other, sharing their disdain for stuffy tradition even as they revel in the joy of just moving. At the end of the evening, Laurie insists on seeing Jo and Meg home in his carriage­—Meg has turned her ankle—and after escorting them to the door, he meets the rest of the Marches. He barely knows what’s hit him: Marmee welcomes him as if he were already family, but he stands shyly apart, taking in the blur of activity, the Robert Altman-esque whirl of overlapping chatter and laughter. This is a new planet for him, a world of magnificent creatures known as girls.

He falls in a kind of love with all of them, and can you blame him? He loves Jo in particular, though the story of Laurie and Jo—as you know if you’ve read the book—doesn’t jot in the direction we expect, or perhaps hope for. Some see this as a flaw in Alcott’s story, but I think she was getting at a truth that’s complicated, especially for very young people who are dazzled by unrealistic notions of romance: Sexual chemistry is more mysterious than friendship, and sometimes the two can’t mesh. Still, even people who love the book feel in their hearts that the man who ultimately wins Jo’s affection, the gentle, cerebral professor Friedrich Bhaer, doesn’t have enough pizazz for her. If that’s a slight error in Alcott’s judgment, Gerwig makes a gentle improvement here by giving Professor Bhaer some sex appeal: He’s played, with dashing humility, by super-hot Louis Garrel. If we love Jo as an adventuress, don’t we also want a great sex life for her? Gerwig gives her that gift.

Little Women has been adapted for film and television numerous times: Gillian Armstrong’s 1994 version, starring Winona Ryder, is one of the loveliest and most moving of them all—the bar for Gerwig was set high. Her Little Women is the equal of Armstrong’s, and inventive in its own right. Instead of telling the story of Jo and her family chronologically, she toggles between the later events covered in the book—after Jo has gone off to New York in the hopes of starting a career as a writer—and the earlier years, detailing Laurie’s acceptance into the March family’s embrace, and particularly his growing attachment to Jo. The structure could be confusing to some who haven’t read the book, and a bit disconcerting to those who have.

But why can’t Little Women have a nonlinear structure? As Gerwig lays it out, the story isn’t any harder to follow than say, Pulp Fiction or The Limey. And in dramatic terms, it’s smart. If you’re familiar with the story, the shifting structure joggles you out of the complacency of knowing what’s going to happen next—this Little Women feels modern and vital, even as it’s wholly respectful of its era. (The costumes, by Jacquelin Durran, are terrific, a whirl of claret-colored dresses and hand-knit shawls criss-crossed in front, a hedge against the Massachusetts chill. Cinematographer Yorick LeSaux understands all the colors of New England—its gorgeous, somber grays, its riotous springtime greens, its lacy winter finery. Parts of the film were shot in and around Concord, Mass., where Alcott lived, and where she wrote Little Women,along with the sequels that followed.)

Gerwig’s retooled structure also allows us, as viewers, to return again and again to the warmth and security of the March household as the sisters knew it growing up. These early sections of the book are the sweetest and the most enveloping—leaving them behind, as the sisters begin to scatter, is wrenching. Even Jo, within the story itself, has a sense of this: On Meg’s wedding day—to Laurie’s kind, steadfast tutor, John Brooke (James Norton)—Jo makes a last-ditch effort to get Meg to stay at home forever, imploring her sister, “You’ll be bored of him in two years, and we’ll be interesting forever!” She knows this is a futile, selfish request, but she also knows what Meg’s leaving the family means: It’s the end of childhood.

But then, we’ve already seen where Jo is headed as an adult: We first meet her as a nervous but resolute young woman trying to sell one of her stories to a newspaper editor (played by a suitably curmudgeonly Tracy Letts). We see Ronan’s Jo through every stage: From the imaginative teenager scribbling away in the family attic, writing plays for her sisters to perform on Christmas day, to the anxious, uncertain young woman just starting a life for herself, to the grown-up who defies all odds by getting a novel published—that last Jo is, in Gerwig’s rendering, a version of Alcott herself. Ronan plays all those Jo’s with vitality and joy, and more than dash of wistfulness. It’s a wondrous performance. In Ronan’s finest scene, Jo fights tears as she tries to convey to Marmee the enormity of all she wants out of life. She believes in the totality of women, in the majesty of all they were made to do: “They have minds and they have souls as well as just hearts.” But she already knows the truth of the future she hopes for. The adventure of writing is also the ultimate adventure in being alone. And when she confesses her fears to Marmee, with the words, “But I’m so lonely,” her vulnerability is as piercing as a cry in the night.

Jo’s anguish is all there in Alcott’s book, but Gerwig’s structure casts it in an even stronger, more direct light. Watching Ronan in this moment, I remember all that I, as a young reader, wanted for Jo. It’s impossible now, as I’m nearing 60, not to think also of the things I wanted for myself. As a girl, and an aspiring writer, I read Little Women so many times it seeped into my bloodstream. I’m sometimes dismayed when I hear younger women lament that the patriarchy has somehow held them back from being writers—as if that particular problem were new, but also as if it were insurmountable, a curse laid upon them at birth. Hadn’t they read Little Women, a book that was 100 years old when I first read it and has now reached 150? What Louisa May Alcott said to me, to us, even if never in so many words, was “If I can do it, you can too.”

There are many other great women writers, of course, but not many that we’re equipped to process at age 9 or 10. Little Women is a tacit work of encouragement. Alcott worked to dispel our doubts before we could allow them to take root—though she never promised that moving forward would be easy. With her film adaptation, Gerwig re-embroiders and reinforces that unspoken reassurance. Like Alcott, she leads by example: She has made a film that’s complex and thoughtful but that is also, at every moment, pure pleasure to watch. From her and Louisa to us, with love. The inscription is right there, on every frame. 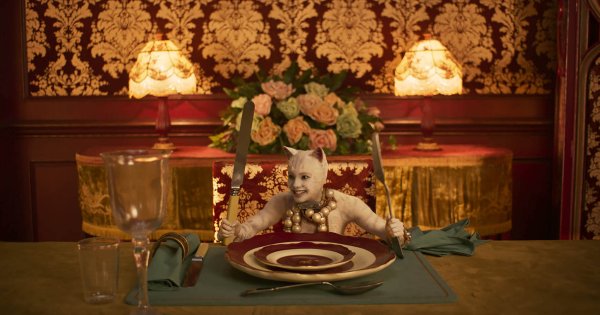