Why Do the Oscars Keep Shutting Women Out of Best Director? This One Academy Rule Helps Explain It

The 2020 Oscar nominations were announced Monday morning, and once again female directors were shut out of the Best Director category. Such oversights are nothing new. In the Academy Awards’ 92-year history, only five women have ever been nominated for Best Director, and only one — Kathryn Bigelow — has ever won.

But the snub was particularly glaring in a year when women dominated top-10 lists and the awards conversation. Greta Gerwig’s Little Women, Lulu Wang’s The Farewell, Lorene Scafaria’s Hustlers, Céline Sciamma’s Portrait of a Lady on Fire, Alma Har’el’s Honey Boy, Melina Matsoukas’ Queen & Slim, Marielle Heller’s A Beautiful Day in the Neighborhood and Joanna Hogg’s The Souvenir, to name just a few, consistently ranked among the most critically acclaimed movies of the year.

Last year also happened to be a banner year for women at the box office. According to a report from the University of Southern California’s Annenberg Inclusion Initiative, women made up 10.6% of the directors of the top 100 grossing movies from 2019. That number is up from 4.5% the year before, and the highest since the institute began tracking the data in 2007. This year’s Oscars could have been similarly historic. If Gerwig had been nominated, she would have made history as the first female director to get two Academy Awards nods. Instead, the Academy faces yet another backlash.

Following the one-two punch of the #OscarsSoWhite and #TimesUp campaigns, the Academy has tried to diversify its ranks, inviting more than 2,000 new members to join since 2017. Last year, the organization announced that 32% of its members were women, up from 25% in 2015, and 16% were people of color, up from 8% in 2015. So why aren’t more women — and particularly more women of color — getting nominated in the directing category? There are a lot of complex factors at play, but at least one of them may be fairly simple: There just aren’t that many women choosing the nominees.

Contrary to popular belief, the entire Academy does not vote on who will be nominated for an Oscar. The Academy of Motion Picture Arts and Sciences is made up of various branches — the actors branch, the cinematographers branch, the writers branch, etc. Though the entire Academy votes on which nominees in all categories will win an actual Oscar, each branch votes on the nominees for its specific category. So the Academy doesn’t choose the Best Director nominees. The directors’ branch does.

According to the Academy’s website, members must have at least two directorial credits, at least one of which had to premiere in theaters in the last 10 years. The films must also be deemed “of a caliber which, in the opinion of the executive committee, reflect the high standards of the Academy.” A director with only one credit to their name might also qualify if that film is nominated for Best Directing, Best Picture or Best Foreign Language Film, or if the executive committee decides to make an exception based on some “unique distinction” or “special merit.” (It’s unclear how often that happens.)

Those rules sound reasonable enough, but they present a major obstacle for female directors, who receive dramatically fewer opportunities to direct a second film than their male counterparts. According to the Annenberg Institute, women directed just 4% of the top 1200 films from 2007 to 2018. Of those female directors, only 17.4% had gotten to direct another movie beyond their debut feature (13% directed a second, 2.2% a third, and 2.2% a fourth). By contrast 45.7% of men who made a top movie in the last decade had gotten to direct more movies after their feature film debut (21% a second, 13.1% a third, 6.2% a fourth and 5.5% a fifth or more).

There are both societal and structural reasons for this disparity of opportunity, many of which will be familiar to any working woman. Comedian Whitney Cummings highlighted one common problem after this morning’s Oscar nomination announcement.

In addition to Hollywood’s failure to address issues like childcare, studios continue to give more opportunities to men when it comes to big-budget films. Just look at the career of one of the most powerful and successful directors currently operating in Hollywood: Patty Jenkins directed Monster, a film that won Charlize Theron an Oscar, in 2003, but didn’t direct a movie again until 2017’s smash hit Wonder Woman. Jenkins has said part of the reason she took a step back was to prioritize her family. But she also has maintained she spent years of that decade and a half trying to get Wonder Woman to the big screen. For a long time, studios simply were not interested in a female superhero movie — until, of course, they took a chance, and it became a sensation.

Jenkins has spoken about battling sexism in the industry to eventually land the Wonder Woman job. Contrast her path to those of Colin Treverrow, Marc Webb or Gareth Edwards, male directors who were handed massive franchises (Jurassic World, Spider-Man and Godzilla, respectively) after making one indie film apiece.

Things are starting to change: several of the most-anticipated big-budget movies next year — Cathy Yan’s Birds of Prey, Niki Caro’s Mulan, Cate Shortland’s Black Widow, Chloé Zhao’s The Eternals and Jenkins’ Wonder Woman 1984 — are all directed by women and center on female heroes. And to the Academy’s credit, the directors arm is making a concerted effort to recruit the women who do qualify to join their voting body. The organization has released the names of all the people who were invited to join the branch last year. Of those directors invited (and not everyone accepts), 23 of the 33 directors were women.

In the meantime, it’s certainly worth pointing out that men can vote for female-directed films. But historically, they have not. Bigelow remains the only woman ever to win Best Director, and she won for Hurt Locker, a war movie that stars primarily men, delves deeply into the male psyche and fits neatly into a long line of Academy-anointed films on that particular topic.

It’s worth considering that many of this year’s most beloved female-directed films deal with relationships between women, often but not always in the domestic space — between sisters (Little Women), granddaughters and grandmothers (The Farewell), friends, co-workers and schemers (Hustlers) and lovers (Portrait of a Lady on Fire). Men in these movies are ancillary to the plot. Most of the screen time belongs to the ladies.

These stories stand in sharp contrast to some of the most highly acclaimed movies from male directors this year, including Once Upon a Time…in Hollywood, Joker and The Irishman, all of which have come under fire for sidelining women in their stories. But there’s a long tradition at the Oscars of considering male-centric war films like 1917, mob films like The Irishman and even films like Once Upon a Time, largely about two old pals hanging out for a day, as serious fare. As in real life, female relationships rarely get the same consideration. Vanity Fair reported that men in the Academy simply were not seeing Little Women: RSVPs to screenings of the film for awards voters skewed two-to-one in favor of women.

”I don’t think that [men] came to the screenings in droves, let me put it that way,” producer Amy Pascal told the magazine. “And I’m not sure when they got their [screener] DVDs that they watched them.”

It’s no secret that not all Academy voters, whatever their gender, watch every film in contention. And clearly, there are many systemic issues that need to be addressed — giving women the chance to direct that second movie, for example — for women behind the camera to achieve parity in Hollywood and during awards season. But if we’d like to hear more women’s names called out on mornings like this one, the fastest route to change may be to reconsider the rules that prevent more women from joining the Academy’s ranks. 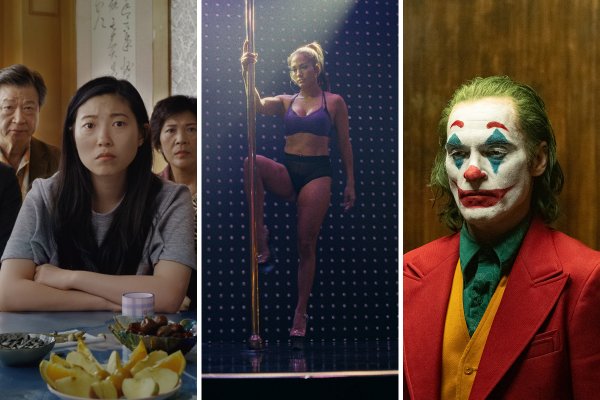 Snubs, Surprises Among 2020 Oscar Nominations
Next Up: Editor's Pick