The Problem With Joker Isn't Its Brutal Violence. It's the Muddled Message It Sends About Our Times

Let’s get this out of the way first: Joker, a stand-alone origin story about one of Batman’s biggest nemeses, has every right to exist. The movie, directed by Todd Phillips and starring Joaquin Phoenix, is marked by some unhinged brutality and more than a little hero worship of a villainous character. But art, of any sort, can’t and doesn’t cause violence. And if, as a culture, we’d historically made it a practice to censor violent, exhilarating movies, we’d have no Wild Bunch, no Bonnie and Clyde, no Pulp Fiction.

But movies are also purely of their time. We can’t watch movies in a vacuum, and no matter how entertaining they are, they can’t blot out the larger world we live in. By now you may have read that Joker—which opens in much of the world on Oct. 4—is a masterpiece, that Phoenix gives the most astonishing performance of the year, that the picture is a superior, more thoughtful version of our garden-variety superhero movie. What’s more, it won the top prize, the Golden Lion, at the Venice Film Festival, a rarity for a big-budget entertainment made by a major Hollywood studio. That could be the first of all sorts of accolades, up to and including multiple Academy Awards. Yet none of that means you have to like Joker, or buy the half-baked social analysis it’s selling. Phillips may want us to think he’s giving us a movie all about the emptiness of our culture—but really, he’s offering a prime example of it.

Joker dovetails with, but doesn’t strictly follow, DC Universe Batman lore. Before the Joker becomes the Joker, he’s Arthur Fleck, played by Phoenix, an odd, lonely guy who lives at home with the mother (played by a wan Frances Conroy) he love-hates. Arthur works for a sad rent-a-clown joint, and nothing ever goes right for him. The movie is set in a Gotham City that’s a lazy approximation of gritty early-1980s New York, complete with garbage strikes and “super rats” overrunning the city. On the job in clown costume, Arthur gets beaten up by a mob of nasty punks—and then almost gets fired because they stole and broke the going out of business sign he was twirling for a client.

More bad stuff happens, and Arthur gets angrier and more isolated by the minute. When the city’s social services close down, he can no longer receive counseling there or get his meds. (He carries around a little laminated card that he holds out helpfully whenever he laughs inappropriately, which is pretty much all the time. It reads, “Forgive my laughter, I have a brain injury.”) Arthur is mad at the world, for reasons that are easy to see. He also feels increasing animosity toward Thomas Wayne, the rich-guy father of the child who will grow up to become -Batman—Wayne is running for mayor but seems to care little for the struggling poor of Gotham, like Arthur and his mother. The one bright spot of Arthur’s day is watching a Johnny Carson–style talk show, hosted by a prickly comic named Murray Franklin (Robert De Niro). Arthur dreams of being a stand-up comic himself and landing a guest stint on the show. His wish will come true, eventually, but life continues beating him down, and his travails lead to a series of “See what you made me do?” acts of savagery. Violence makes him feel more in control. Killing—usually but not always with a gun—empowers him.

We know how this pathology works: in America, there’s a mass shooting or attempted act of violence by a troubled loner practically every other week. Phillips certainly knows that, and it’s possible his intent is to open a dialogue about violence in America.

But Joker’s artfully constructed trailer also makes the movie look energizing and fun, “dark” in the way that appeals to misunderstood adolescents. The Joker is one of the best-loved villains among fans of comic books and comic-book movies, maybe because moody teenagers—and sometimes adults—gravitate toward the “laughing on the outside, crying on the inside” clown aesthetic. Only a handful of people, mostly critics, have seen Joker so far, and the reviews have been largely positive. But many fans of the character, stoked by the trailer, are so excited about the film—and about Phoenix’s performance—that they’re already defiantly in love with it, sight unseen. I wrote a negative early review of the film from Venice, and my social media feed was immediately filled with angry, derogatory, sometimes aggressively misogynistic missives from people who haven’t yet seen the movie. This is the world we live in now. It’s also the world Joker is slipping into.

Of course, we’re supposed to feel sympathy for Arthur, even though his problem is an age-old movie psychology cliché: he just hasn’t had enough love. Before long, he becomes a vigilante folk hero—his first signature act is to kill a trio of annoying Wall Street spuds while riding the subway, which inspires the masses to don clown masks and march around the city bearing Kill the Rich! placards.

Joker purports to be a statement about our own troubled era, and it bristles with sensations, like molecules vibrating in Brownian motion. But sensations aren’t the same as ideas, and Phillips (perhaps best known as the director of the Hangover movies) and his co-writer, Scott Silver, spin out dozens of alleged profundities that either fall flat or contradict one another. Just before one of his more violent tirades, Arthur muses, “Everybody just screams at each other. Nobody’s civil anymore.” Who doesn’t feel that way in our terrible modern times? But Arthur’s observation is one of those truisms that’s so true it just slides off the wall, a message that both the left and the right can get behind and use for their own aims.

As a character, the Joker appeals deeply to the human tendency toward self-pity, and Phoenix’s performance leans hard on that. Skills on display include but are not limited to leering; jeering; air-horn-style blasts of laughter timed for maximum audience discomfort; funky-chicken-style dance moves; the occasional blank, dead stare; and assorted moony expressions indicating soulful lonerism. He hops around like an unhinged Emmett Kelly, twisting his physique into weird, unsettling shapes. His body has a rubbery angularity, like a poultry bone soaked in Coca-Cola. You could call it great acting; it’s certainly a lot of acting. But instead of inspiring compassion, Phoenix wrings it out of us. He’s a wonderful actor, but this material brings out the showiest in him, not the best.

Meanwhile, the movie lionizes and glamorizes Arthur even as it shakes its head, faux-sorrowfully, over his violent behavior. Phillips borrows heavily from Martin Scorsese movies like The King of Comedy and Taxi Driver. There’s a Taxi Driver–style subplot involving a neighbor in Arthur’s building, played by Zazie Beetz. Arthur has a crush on her, and though he does her no harm, there’s still something creepy about his attentiveness to her, as if rejection would be just one more reasonable explanation for why he’s blowing his stack all the time. He could easily be adopted as the patron saint of incels.

Arthur is a mess, but we’re also supposed to think he’s kind of great, a misunderstood savant. Dressed up for his big TV moment in a turquoise paisley shirt, marigold vest and dapper cranberry suit (admittedly a marvelous feat of costume design, courtesy of Mark Bridges), Arthur struts down an outdoor stairway like a rock-’n’-roll hero. It’s the most energizing moment in the movie, but what is it winding us up for? Arthur inspires chaos and anarchy—in addition to being a murderer, plain and simple—but the movie makes it look like he’s starting a revolution, where the rich are taken down, the poor get everything they need and deserve, and the sad guys who can’t get a date become heroes. Is he a villain or a spokesperson for the downtrodden? The movie wants it both ways. Its doublespeak feels dishonest.

In that context, it’s painful to bring up the mass shooting in Aurora, Colo., during a midnight showing of Christopher Nolan’s The Dark Knight Rises in 2012. (The shooter pleaded not guilty by reason of insanity, a purely Jokeresque defense; he was convicted and sentenced to life in prison without parole.) I felt terrible for Nolan, that a picture he’d made should be used as a backdrop for this kind of horror. “I would not presume to know anything about the victims of the shooting, but that they were there last night to watch a movie,” he said in a statement at the time. “I believe movies are one of the great American art forms and the shared experience of watching a story unfold on screen is an important and joyful pastime.” Movies don’t cause violence—The Dark Knight Rises didn’t. But Joker made me realize that my tolerance for shoddily thought-out visions of glamorized nihilism is lower than ever. Sometimes a movie makes you recoil—and no matter how many awards it wins, your instincts are the only golden thing that matters. 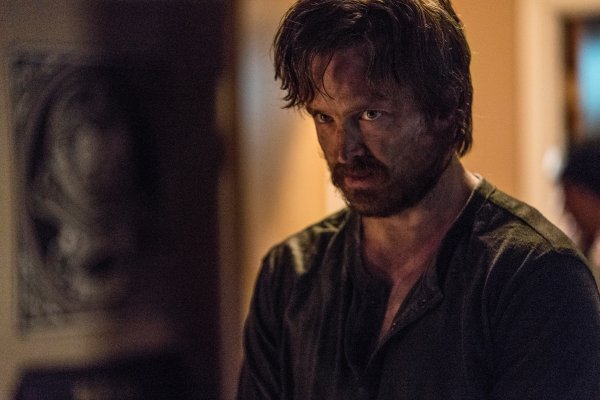 Aaron Paul on Revisiting His ‘Old Friend’ Jesse Pinkman in El Camino: A Breaking Bad Movie
Next Up: Editor's Pick