The Biggest Snubs and Surprises of the 2019 Oscar Nominations

If there is one word that best describes the 2019 awards season so far, it is fraught. By the time the nominations for the 91st Academy Awards were announced on Jan. 22, controversies were roiling around the ceremony’s host, several contenders for Best Picture (see: Green Book, Bohemian Rhapsody) and an allegation the Screen Actors Guild lodged against the Academy of Motion Picture Arts and Sciences over presenters.

With about a month to go until the 2019 Oscars take place on Feb. 24, it remains to be seen whether all these contentious feelings will dwindle or intensify, and how all of it will affect both Oscar voting and the ceremony itself. In the meantime, now that we officially know who is included among the 2019 Oscar nominees and who didn’t make the cut, we at least have enough information for the annual sport of both celebrating and grumbling about the choices.

Roma and The Favourite lead the pack of 2019 Oscar nominees, with 10 nominations each, followed by A Star Is Born and Vice, each of which nabbed eight. Black Panther had a strong showing with seven nominations, BlacKkKlansman received six, and both Bohemian Rhapsody and Green Book earned five apiece.

Here are the biggest snubs, and a few surprises, among the crop of 2019 Oscar nominations.

After sweeping the Oscars in 2017 with La La Land, Damien Chazelle had no such luck this year. His Neil Armstrong drama failed to register not only in this category but in Best Score, for which it won a Golden Globe weeks ago.

Snub: If Beale Street Could Talk

Though it was arguably on the bubble, the follow-up to another successful 2017 film, Barry Jenkins’ Best Picture-winning Moonlight, didn’t quite creep into the top group this year.

Black Panther became the first superhero movie ever nominated for Best Picture, and Spike Lee received his first ever nomination in this category—some would argue three decades too late.

To many of those who follow awards season like a sport, Ethan Hawke’s turn as a small-town pastor in turmoil was an MVP performance worthy of Hollywood’s highest honor. The film is, at least, represented in the Best Original Screenplay category, for writer-director Paul Schrader.

Though he was certainly not a shoo-in, Washington did receive a nomination at the Golden Globes. His costar Adam Driver was nominated for Best Supporting Actor.

Though his performance as Vincent Van Gogh in the painter’s final years has earned a steady stream of quiet critical accolades, Dafoe has mostly been considered an outside shot for a nomination.

Blunt, who also earned favorable reviews for her supporting role in A Quiet Place last year, took an iconic Julie Andrews character and made it her own. But the field was too tight to make room for what would have been her first Oscar nomination.

Pike, who was nominated for a Golden Globe for her role as real-life war correspondent Marie Colvin, may have been hurt by the movie’s relatively low profile (it has earned $2.4 million at the box office to date).

The inclusion of the first-time actress, who plays a character based on filmmaker Alfonso Cuarón’s real-life housekeeper and nanny when he was a child in Mexico City, was a happy surprise for fans of the Netflix drama.

After earning a Golden Globe nomination and a SAG nomination, Chalamet’s exclusion from this field might sting a little.

MORE: Addiction Is Hard to Talk About. That’s Why Steve Carell and Timothee Chalamet Wanted to Make Beautiful Boy

Black Panther had a strong showing Tuesday morning, but it was disappointing not to see Jordan recognized for his work as Erik Killmonger, one of the most complex Marvel villains—just plain villains, in fact—we’ve seen in some time.

Surprise may be stretching it—Elliott’s performance as the put-upon older brother of Bradley Cooper’s hard-living musician has been much loved since the movie’s release in October. But he was shut out of the Golden Globes, leading some to wonder whether his Oscar chances had dimmed.

Foy has long been seen, alongside composer Justin Hurwitz, as one of First Man‘s best opportunities to be represented at the 2019 Oscars, but her presumed spot went to an unexpected choice.

One of the biggest surprises of the morning was Marina de Tavira’s nomination for Roma, given that most of the awards discussion around the movie has circled around her costar Yalitza Aparicio, who was also nominated.

He’ll be fine, though: Cooper was nominated for Adapted Screenplay, Best Actor and Best Picture.

Along with his Best Picture nomination for BlacKkKlansman, this is Spike Lee’s first time nominated as Best Director, which feels like a correction to a 30-year snub.

Last year saw Greta Gerwig become the fifth woman ever nominated for Best Director. This year, we are back to that familiar all-male field, despite the fact that there was no shortage of viable options: Marielle Heller (Can You Ever Forgive Me?), Debra Granik (Leave No Trace), Chloe Zhao (The Rider) and Lynne Ramsay (You Were Never Really Here) all made worthy films in 2018.

Of Note: A Refreshingly International Group

Three of the five nominees are from outside the United States: Alfonso Cuarón (Mexico), Paweł Pawlikowski (Poland) and Yorgos Lanthimos (Greece). Two of their films, Roma and Cold War, are foreign language films.

Fresh off of winning a Golden Globe for Best Score, composer Justin Hurwitz felt like a particularly glaring omission Tuesday morning. Between him and Claire Foy, the Academy really just did not go for First Man.

John Krasinski’s sophisticated horror film has been an outside pick in general, but had it managed to nab another nomination aside from Sound Editing, it likely would have been here.

Snub: Won’t You Be My Neighbor?

Focus Features’ heartwarming look at the life of Fred Rogers won over critics and viewers alike, becoming the top-grossing biographical documentary of all time.

The Ballad of Buster Scruggs is heard: Though the Coen Brothers’ Netflix Western anthology film has not been at the top of many Oscar prognostication lists, it managed to eke out three nominations, for Adapted Screenplay, Costume Design and Original Song.

Netflix has a big day: With Roma, Netflix received its first Best Picture nomination, one of 14 total nominations for the streaming service this year. That number is up from eight in 2018.

Hulu makes a play: The streaming service got its first Oscar nomination Tuesday, for Minding the Gap, a documentary about skateboarding friends in Rockford, Ill.

Correction: The original version of this story misstated that Cold War received a nomination for Best Picture. It was not nominated in this category. 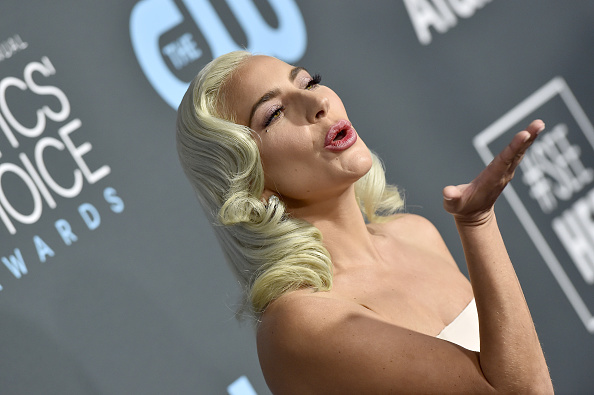 Starstruck Mother Had the Best Reaction to Crossing Paths With Lady Gaga
Next Up: Editor's Pick