If the Senate Doesn't Hold Trump Accountable, the Damage Will Go Far Beyond This Presidency

On Sunday morning, the President of the United States tweeted: “Shifty Adam Schiff is a CORRUPT POLITICIAN, and probably a very sick man. He has not paid the price, yet, for what he has done to our Country!” You may have forgotten about it already, given ensuing developments in the impeachment trial of Donald J. Trump.

If anyone else threatened a sitting congressman, the head of the House Intelligence Committee, federal law enforcement would have taken it seriously. It certainly wouldn’t have been forgotten overnight. Why isn’t that the case when the threat is issued by the President?

With Trump, behavior that would be shocking from any other President is routinely written off as a joke or hyperbole. Remember that time he wanted to buy Greenland? His comment that deceased Representative John Dingell might be in hell? Or his suggestions he could remain in office longer than the two four-year terms mandated by the Constitution? “It’s just Trump,” people say over and over. The people in the best position to set limits on this President’s misbehavior, the people in his own party, have shown no inclination to do so. In the case of the recent tweet directed at Schiff, no Republican in Congress condemned or even questioned Trump’s threat.

Trump’s conduct is not just shockingly inappropriate for the leader of our country, it’s also dangerous. The President of the United States speaks with a loud megaphone, whether he intends to or not. The country learned that when Cesar Sayoc, a Florida man, mailed 16 pipe bombs to people he thought were Trump’s enemies. Thankfully those bombs weren’t operational and no one was injured, but Sayoc’s reaction to Trump’s rabble-rousing should have been sufficient to put the President and those around him on notice that his words and behavior have power and deploying them in an irresponsible manner poses a real risk to the targets of his tweets and comments.

Accountability is essential to our system of government. The Founding Fathers created checks and balances to keep any one branch from growing too powerful. We learn this in grade school. So why isn’t President Trump held accountable?

Sometimes, it feels like we’ve lost our common sense. Republicans in Congress voted along with Democrats to provide much-needed security aid to Ukraine. How could they subsequently acquiesce in the President’s scheme to extract an announcement from Ukraine that it was investigating Vice President Biden and/or his son Hunter for corruption before Ukraine would receive that aid?

That’s a dangerous mindset, and it has landed us in our current constitutional predicament. But perhaps it also offers an opportunity to address and correct the level of accountability we expect from a President.

From the beginning, candidate Trump got away with behavior that was unimaginable for others. He got a pass for making fun of a reporter with a disability. He got away with calling Mexicans rapists and criminals. He was excused for attacking a Gold Star family because they were Muslim. His supporters even found a way to defend him when a videotape where he boasted about sexual assaults became public. But this conduct happened within the realm of politics­—it was up to voters to decide whether to countenance Trump’s behavior. They chose, at that point, to accept it.

After the election came the investigation into Russian interference in our election. No other President, whether there was available proof of a criminal conspiracy or not, could have avoided political censure at a minimum for welcoming Russia’s help in a U.S. election and obstructing investigation into it. Trump did. Special Counsel Robert Mueller conducted his investigation with the knowledge that long-standing DOJ policy prohibits indictment of a sitting president. Whether that policy is right or wrong, it means the federal criminal justice system is not a vehicle for holding a President accountable if his conduct rises to the level of criminality.

That, of course, brings us to impeachment. Recall the timeline. The day after he was “cleared” by Mueller, Trump got on the phone with Ukrainian President Volodymyr Zelensky. He asked for a “favor,” the now well-known exchange of aid and a White House visit for political dirt that is the subject of impeachment. The President has made little or no effort to contest the basic facts, resorting mostly to name calling, false equivalency, distraction and distortion. Yet the Senate is on track to let the President off without so much as a slap on the wrist here.

Trump’s unprecedented ability to avoid accountability for his conduct is at the core of the rot that has formed in his presidency. He is better at it than even a winsome 4-year-old caught with his hand in the cookie jar. Perhaps it is his sole political genius, this ability to distract and to shift attention onto others so that he avoids responsibility in all things. But it is not a good trait in a President. And it goes to the heart of why the Founding Fathers chose, after much debate, to add impeachment to the Constitution. They reasoned that elections alone were not enough. There had to be an option of last resort for holding a President who is off the rails accountable. The Founding Fathers placed that responsibility with the Senate.

Impeachment is not meant to be so expansive that the President serves at the pleasure of Congress, but Congress does have an obligation to check a President who, in the words of Alexander Hamilton, abuses or violates the public trust. We are meant to have three co-equal branches that keep each other in check, without permitting any one of them to seize the reins of power. Government is meant to serve the people and not the other way around.

The Senate now has a moment where it can hold the President accountable and, in doing so, create accountability for presidencies beyond this one. Seventy-five percent of Americans believe witnesses should be called in the Senate trial while 53% believe the President is not telling the truth. Having a trial that includes evidence – testimony from relevant firsthand witnesses and supporting documents – is hardly something new. It is how courts across the country operate every day, how every previous impeachment of a President or a federal judge has worked. There is no reason for the Senate to be consumed with the question of whether it needs evidence in a trial. Of course it does. It’s time to break Trump’s seductive hold on the country and return to a presidency whose power is not unfettered, as the President has claimed his power is.

Should the President emerge from impeachment, secure in the belief he has unlimited Article II powers of the presidency, we are headed for an unfortunate lesson about the absence of executive-branch accountability. What will Trump feel emboldened to do after an impeachment acquittal? What won’t he do to win the next election? Without accountability there is no reason to believe this President or future ones will conform their behavior to the restraints imposed by the Constitution. And this moment, where the Senate has the chance the Founding Fathers provides them with in the Constitution to restore the balance of power, will be lost. 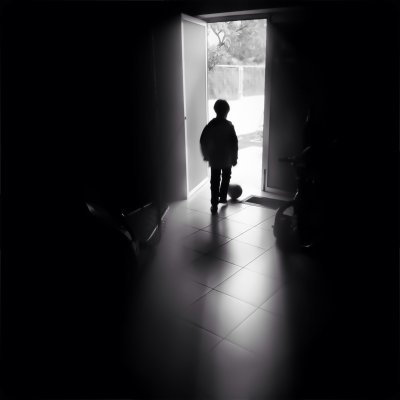 Child Poverty Is a Moral Tragedy. This Policy Would Significantly Reduce the Number of Kids Affected
Next Up: Editor's Pick