Donald Trump encouraged Russia to commit a cybercrime against Hillary Clinton, saying he hoped the foreign nation could recover some of her deleted emails.

“Russia, if you’re listening, I hope you’re able to find the 30,000 emails that are missing,” Trump said at a press conference in Doral, Florida, Wednesday morning after the second night of the Democratic convention. “I think you will probably be rewarded mightily by our press. Let’s see if that happens.”

(FBI director James Comey said in July of the investigation into Clinton’s private email server, “The FBI also discovered several thousand work-related e-mails that were not in the group of 30,000 that were returned by Secretary Clinton to State in 2014.”)

Trump also suggested Russia may already have the emails after a hack of Democratic National Committee files, which the party learned of in the late spring. The FBI announced Monday it is opening an investigation into the incident. “I hope they do,” Trump said of Russia having the emails, which could contain classified information. “You’d see some beauties in there.”

Clinton’s team struck back, putting out a statement after Trump’s appearance accusing him of encouraging “espionage.” The statement said, “This has to be the first time that a major presidential candidate has actively encouraged a foreign power to conduct espionage against his political opponent. That’s not hyperbole, those are just the facts. This has gone from being a matter of curiosity, and a matter of politics, to being a national security issue.”

“I don’t think its safe to have Hillary Clinton briefed on national security because the word will get out,” Trump continued. He even lashed out at Clinton’s top aide Huma Abedin: “Her number one person Huma Abedin is married to Anthony Weiner who is a sleazeball and a pervert,” Trump said. “I don’t like Huma going home at night and telling Anthony Weiner all of these secrets.”

Trump became combative with the press when they continued asking him questions about his position. “Be quiet, I know you want to save her,” he said, interrupting a journalist who pressed him on encouraging Russia to get Clinton’s emails. “I could be here enjoying myself, I don’t need to be with you guys,” Trump said later to the journalists.

He also answered many questions through the rest of the press conference about his business and personal standings with Russia. He said he does not know Russian President Vladimir Putin and would treat him “firmly,” and said, “Zero, I have nothing to do with Russia,” in his business holdings.

Trump continued hammering Clinton on all fronts, from her position on the Trans-Pacific Partnership, to the lack of American flags on the Democratic convention stage, to the more than 200 days since her last press conference. “There’s no way she can answer questions because the job she has done has been so bad,” he said.

Trump also promoted two policy positions that break with Republican orthodoxy. He said he wants to raise the minimum wage: “At least $10 but it has to go up,” he said, and he also said he wants to “take the pressure” off recent college graduates with student loan debt. “Maybe that doesn’t fit beautifully within the Republican framework,” he admitted.

“The FBI will get to the bottom of who is behind the hacking. If it is Russia and they are interfering in our elections, I can assure you both parties and the United States government will ensure there are serious consequences,” Pence said in the statement.

Despite Pence’s statement, Trump appeared to double down after the press conference, tweeting that if a foreign country gains access to Clinton’s emails it should share them with the U.S.

“If Russia or any other country or person has Hillary Clinton’s 33,000 illegally deleted emails, perhaps they should share them with the FBI!” he said. 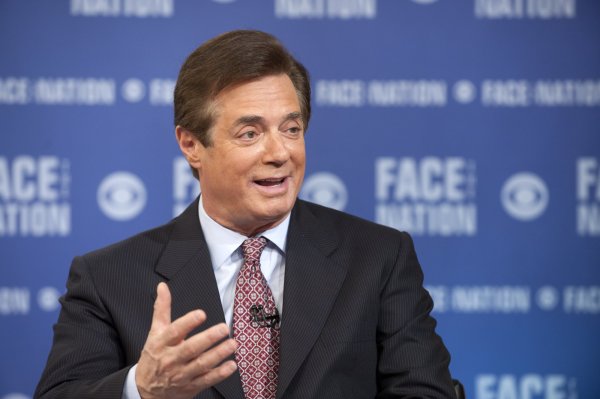 Campaign: Trump Has No Financial Relationship With Russia
Next Up: Editor's Pick