Kovaleski was one of the authors of a Washington Post report from 2001 that Trump had used to support his controversial claim that “thousands” of Muslims in New Jersey cheered as the World Trade Center collapsed in 2001. Law enforcement and government officials who were in New Jersey at that time have discredited Trump’s assertion and the Post has added a disclaimer to the article.

Kovaleski told CNN earlier this week that he did “not recall anyone saying there were thousands, or even hundreds, of people celebrating. That was not the case, as best as I can remember.”

At a South Carolina rally on Tuesday, Trump waved his arms around with his hands at an odd angle in an apparent impression of Kovaleski, whose condition affects his arms.

“The sad part about it is, it didn’t in the slightest bit jar or surprise me that Donald Trump would do something this low-rent, given his track record,” Kovaleski told the Post.

The Times also blasted Trump’s comments in a statement: “We think it’s outrageous that he would ridicule the appearance of one of our reporters,” a spokesman said. 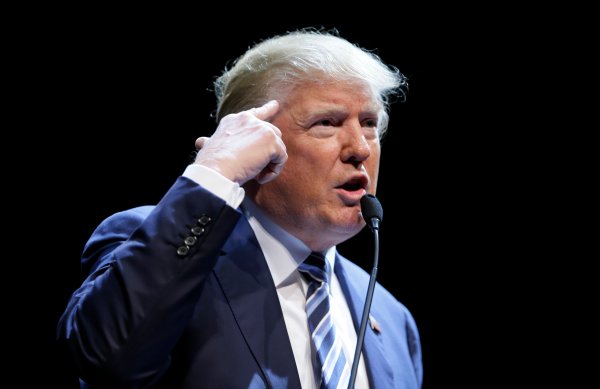 Trump Skewers Carson About Claims in his Book
Next Up: Editor's Pick