Here Are All the Times Donald Trump Insulted Mexico

Donald Trump kicked off his presidential bid more than a year ago with harsh words for Mexico. “They are not our friend, believe me,” he said, before disparaging Mexican immigrants: “They’re bringing drugs. They’re bringing crime. They’re rapists. And some, I assume, are good people.”

In the months since, he has repeatedly promised to build a wall along the Mexican border and get Mexico to pay for it. He is now scheduled to meet with Mexican President Enrique Peña Nieto on Wednesday, hours before a speech that will aim to clarify his position on immigration, which appeared to soften in remarks he made last week.

Here’s what Trump has said about Mexico and Mexicans, before and during his presidential campaign:

Feb. 25, 2016
Trump feuded with former Mexican President Vicente Fox, who compared the Republican presidential candidate to Hitler and said, “I’m not going to pay for that f–king wall.”

June 3, 2016
“I’ve been treated very unfairly by this judge. Now, this judge is of Mexican heritage. I’m building a wall, OK? I’m building a wall. I am going to do very well with the Hispanics, the Mexicans,” Trump said in an interview with CNN on June 3, explaining his attacks on the judge presiding over the Trump University lawsuit.

Aug. 9, 2016
“Businesses are leaving our country like they’ve never left before. They’re going all over. They’re going to Mexico, that I can tell you. Mexico is like the eighth wonder of the world,” Trump said on Aug. 9. 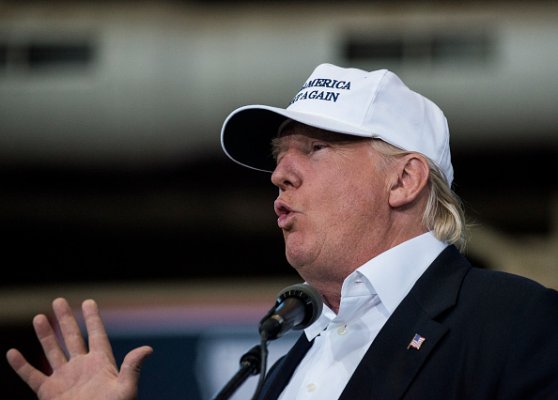