Since last week’s Democratic National Convention, a feud has ignited between Republican presidential nominee Donald Trump and the family of fallen soldier Capt. Humayun Khan, who died while serving in Iraq in 2004. Khizr Khan, father of the captain, called out Trump for his attacks on American Muslims, saying the Republican candidate had sacrificed “nothing and no one” in the fight against terror. While Khan’s speech has focused attention on Trump’s policy proposals, its also brought attention to the many Gold Star Families who have lost loved ones in our nation’s military efforts abroad.

But what exactly is a Gold Star Family?

They are the mothers, fathers, children and spouses of fallen service-members. The term’s history traces back to 1918 when one mother, Grace Darling Seibold, turned the grief she’d experienced after losing her son during World War I into a movement of mothers who comforted each other and visited with soldiers who’d returned from war wounded. They named their organization “Gold Star Mothers” in a nod to the banner families hung in their windows in honor of sons and daughters in the service. The flag displayed a blue star for every living family member in the service and a gold star for those who’d perished.

Two years later, in 1930, they became national news when thousands of Gold Star mothers and widows took a pilgrimage to the European graves of their loved ones, paid for by the U.S. government. That May, when 234 women set sail to France to visit the land on which their sons and daughters perished, it was clear that the idea of the Gold Star Mother had seized the national imagination, as TIME reported back then:

The idea of sending mothers abroad was largely conceived by Mrs. Mathilda Burling, whose son Private George B. Burling Jr. died in France. According to TIME, Burling lobbied fiercely for the legislation to authorize the trip, appearing in Washington and rounding up witnesses for Congressional hearings five years before the trip. “She enlisted the aid of other War organizations. Her irrepressible efforts were more responsible for enactment of this legislation than any other individual’s,” TIME reported.

In 1936, President Franklin D. Roosevelt designated Sept. 27, 1936, as National Gold Star Mother’s Day. (Marked annually on the last Sunday of that month, the observance will fall on Sept. 25 in 2016.) American Gold Star Mothers, Roosevelt said in his proclamation, have “suffered the supreme sacrifice of motherhood in the loss of their sons and daughters in the World War.” In the aftermath of World War II, the use of “Gold Star” expanded to the Gold Star Wives; in the years since, the term has also come to apply to all family members.

In 1947, the Gold Star Lapel Button was established—the very lapel button that Khizr Khan donned during his speech at the Democratic National Convention. 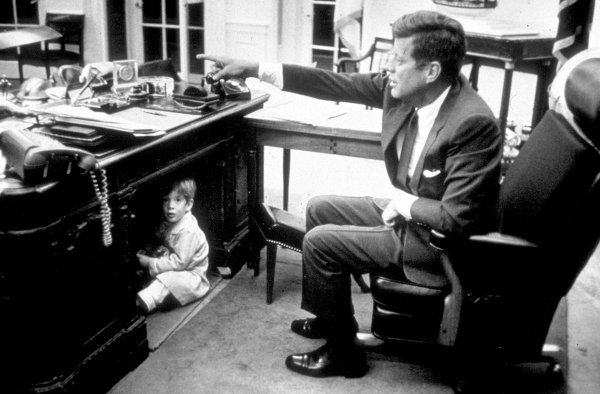