Is Venom in Spider-Man: No Way Home? The Venom 2 End-Credits Scene Offers a Hint

Warning: Spoilers ahead for Venom: Let There Be Carnage

The end-credits scene for Venom: Let There Be Carnage is a bit more complicated than your average superhero movie stinger. It hints that the anti-hero Venom and his comic book nemesis Spider-Man may finally meet and that Venom has, perhaps, traveled across the multiverse.

And though it’s only a few minutes long, the scene carries hefty implications for the future of both Sony’s burgeoning Spider-verse (which includes the Venom movies, a forthcoming Morbius movie starring Jared Leto and possibly future Spider-Man films) and Disney’s Marvel Cinematic Universe (MCU), which currently has Tom Holland’s Spider-Man on loan from Sony.

Oh, what a tangled web Sony and Disney weave. You would be forgiven for being confused about what characters played by what actors exist across what Spider-Man franchises. And what’s a multiverse again? It’s complicated. But here’s everything you need to know about the end credits scene for Venom: Let There Be Carnage and what it could mean for the future of the both the Spider-verse and the MCU.

What happens in the Venom: Let There Be Carnage end credits scene

At the end of Venom 2, Eddie Brock, the journalist played by Tom Hardy who plays host to the alien symbiote Venom, takes Venom on vacation. Throughout the movie, the two have been bickering like an old married couple; by the end, they seem to have decided to live peaceably together.

In the end credits scene, Eddie and Venom sit in a run-down hotel room watching a soap opera. Eddie Brock says that he and Venom shouldn’t keep any secrets from one another, and Venom says that if he showed Eddie just a fraction of what he’s seen as an alien traveling across the universe for millennia, Eddie wouldn’t be able to handle the revelations. Eddie challenges Venom to show him just one thing.

At that moment, the room beings to transform and suddenly Eddie and Venom find themselves in a fancier version of the hotel room (with, notably, the same layout for the bed and television). Eddie asks Venom what he’s done but Venom can’t answer—either he is not responsible for changing their surroundings or he doesn’t know how he did it.

On the TV is a new report being read by none other than J.K. Simmons‘ J. Jonah Jameson. (Simmons has played the boisterous journalist with a vendetta against Spider-Man in both the Tobey Maguire Spidey films and the most recent Tom Holland Spider-Man film, Spider-Man: Far From Home.) In the news clip, Jameson reveals Spider-Man’s true identity: Peter Parker. A picture of Tom Holland’s Peter flashes on the screen.

The clip seems to be the same one that plays in the end credits scene for Spider-Man: Far From Home in which Jameson, using a doctored tape provided by the villain Mysterio, frames Peter for Mysterio’s murder and unveils his secret identity.

Venom, watching the clip, begins to salivate over Peter. Then a stranger comes out of the bathroom and asks Venom what he’s doing there.

The Venom: Let There Be Carnage end credits scene hints Venom will appear in Spider-Man: No Way Home

On its most basic level, this end-credits scene is intended to get audiences excited about the prospect of seeing Spider-Man and Venom finally meet onscreen. (Technically, moviegoers have witnessed this onscreen rivalry before: Topher Grace played a journalist named Eddie Brock infected with the symbiote Venom in Spider-Man 3, but Venom was like the fourth villain in that over-stuffed film. Plus, as a culture, we have largely decided to ignore the third and final installment in Sam Raimi’s otherwise impeccable Spider-Man series.)

When, exactly, that meeting will be is unclear. Venom could show up in Spider-Man: No Way Home by hopping across the multiverse (more on that in a second). Or Sony could simply be teasing the possibility that Spider-Man will finally start appearing in Sony’s various Spider villain movies like Venom and Morbius.

And what, exactly, will Venom and Spider-Man’s relationship be? Over the course of two films, Venom has evolved into an anti-hero, arguably even a good guy. Eddie has convinced him that he can survive on chickens and chocolate, rather than a buffet of human brains. The only heads he bites off belong to already tried-and-sentenced serial killers. In fact, he relishes the opportunity to play the hero. So why, exactly, would Venom so badly want to munch on fellow do-gooder Spider-Man?

Pure jealousy does not seem like motivation enough. No Way Home would have to develop a motivation for Venom to attack Spider-Man beyond hunger. That seems like a tough challenge for a movie we know is already stuffed with bad guys like Doctor Octopus, Electro and the Green Goblin.

Venom seems to have entered the MCU multiverse

Speaking of multiple villains joining forces to take on Spider-Man, let’s dig into the multiverse.

In the end credits scene, we don’t know if Venom causes the room to change or, by a stroke of luck, something strange or mystical happens right when Eddie and Venom are discussing Venom’s infinite knowledge. Either way, it’s safe to assume that Venom has traveled to a parallel universe.

We know from the trailer for Spider-Man: No Way Home that the movie will be dealing heavily with the concept of the multiverses. In the trailer, Spider-Man solicits the help of Doctor Strange to try to wipe the world’s memory of his secret identity. But in the course of casting the spell, either Peter or Strange or both screw up the mechanics, and disrupts the multiverse. We learn that characters can travel across parallel universes, causing havoc along the way.

(If you need more time to wrap your head around the concept of the multiverse before walking into Spider-Man: No Way Home, I highly recommend checking out Spider-Man: Into the Spider-verse, an excellent movie and perfect primer for how multiverses work in comic book films. The MCU has also begun to unpack the meaning of the multiverse and what happens when multiple versions of the same character from different parallel universes cross paths with one another in the show Loki. But if you simply don’t have the time for all that, know that the meme of different Spider-Men pointing at one another is, essentially, the future of film.)

In No Way Home, characters from previous iterations of the Spider-Man franchises (the ones starring Tobey Maguire and Andrew Garfield) are slated to show up as villains to fight Tom Holland’s Peter Parker, including Alfred Molina’s Doctor Octopus and Jamie Foxx’s Electro. There’s even heavy speculation that Maguire and Garfield’s versions of the webslinger will be transported to Peter’s universe too.

Now, it seems, that characters from Sony’s currently-airing Spider-verse may appear in the movies too. In two Venom movies, not once has any character mentioned that a guy who dresses up like a spider is defending the streets of New York. Granted, Venom lives in San Francisco, but if Spider-Man, the Avengers or even local heroes like Ant-Man (who also resides in the Bay Area) existed in Venom’s universe, one of them probably would have shown up to try to prevent the symbiote from feasting on people’s heads.

So it’s safe to assume that Venom lives in a world without other well known superheroes. It’s possible that Venom was sent to a parallel universe—a universe where the Avengers and Spider-Man do exist—during Doctor Strange’s spell, and that’s what we’re seeing on the screen. The fact that the room has the same layout when it’s run down and when it’s nicer hints that it’s just a parallel universe version of itself.

Spider-Man: No Way Home will likely be Spider-Man’s last movie in the MCU

If No Way Home sounds epic, that’s because it’s likely Disney’s send-off to the Spider-Man character.

Right now, Spider-Man is only a part of the Disney’s MCU because Sony is lending Disney the character. Sony owns the rights to Spider-Man and all Spider-Man related characters. The first two Spider-Man movie series, one starring Maguire and another starring Garfield, were made by Sony. But Garfield’s movies got ho-hum reviews from critics and didn’t make as much at the box office as expected.

Just as Spidey was floundering, Disney’s MCU was flourishing: Captain America: The Winter Soldier and Guardians of the Galaxy both premiered in 2014, the same year as the doomed Spidey sequel, Amazing Spider-Man 2. More important still, Winter Soldier and Guardians in particular proved that the MCU could break out of the typical superhero formula and tell a wide range of stories, from that of an earnest patriot caught in a cold war thriller to that of a joke-cracking raccoon.

Sony and Disney came to a deal: Disney would help Sony reboot the Spider-Man franchise, but Disney would get the rights to use Spider-Man in a few team-up films, like Captain America: Civil War, Avengers: Infinity War and Avengers: Endgame. That deal almost blew up before Spider-Man: No Way Home was ever filmed. Finally, the two studios agreed to team up on one last movie together. Then Sony will take back Spider-Man. (That may be why the name of the film sounds rather ominous for Peter.) So don’t hold your breadth for Spidey to fight alongside Doctor Strange or Captain Marvel ever again.

No Way Home isn’t just the MCU’s last Spider-Man movie. It’s also the last Spider-Man film under Holland’s contract. Holland has expressed interest in continuing to play Peter Parker, whatever Sony may decide to do with him, but the studio will likely remain mum on Holland’s fate until after the film premieres.

It’s certainly possible that Peter gets transported to a parallel universe, one where Venom and Morbius and all the Spidey villains getting their own movies at Sony exist, and simply continues the battle under another studio’s umbrella. Or it’s possible that Sony will want to reboot the character yet again with another actor, or perhaps build a whole new franchise around a different hero in the Spider-Man universe, like Miles Morales, a character who proved his popularity in the animated film Spider-Man: Into the Spiderverse.

Meanwhile, Sony is working hard to build its own superhero cinematic universe to rival those of Disney’s MCU and Warner Bros.’ DCEU. They’re planning an Into the Spider-verse sequel and spinoff, movies based on Kraven the Hunter and a rumored Sinister Six project. 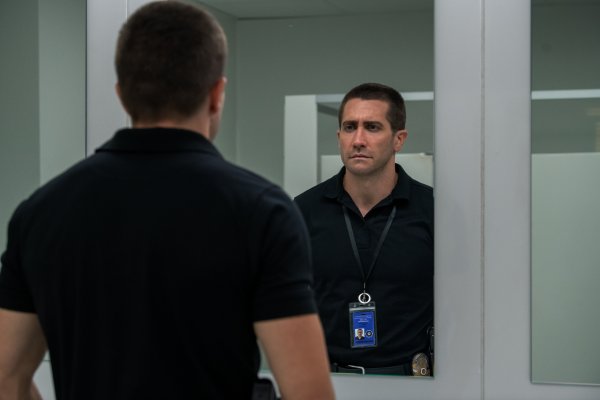 Just Try to Look Away From Jake Gyllenhaal’s Gripping Performance in The Guilty
Next Up: Editor's Pick