Theranos Founder Elizabeth Holmes Faces Trial for Fraud. Here's What to Know About the Case

Theranos founder Elizabeth Holmes will stand trial later this month on charges of defrauding investors and patients of the blood-testing company. If convicted, 37-year-old Holmes—once named the world’s youngest female self-made billionaire—could face 20 years in prison for each of the ten counts of wire fraud and two counts of conspiracy to commit wire fraud she is accused of. The Theranos case has attracted worldwide attention, inspiring a bestselling book, an HBO documentary, a podcast, a limited series on Hulu and an upcoming film set to star Jennifer Lawrence.

Who is Elizabeth Holmes?

Holmes, who grew up in Washington D.C., aspired to change the world from a young age. “What I really want out of life is to discover something new,” she wrote in a letter to her father when she was nine. A top student throughout high school, Holmes dropped out of Stanford University at 19 to launch ambitious blood-testing startup Theranos.

An admirer of Apple CEO Steve Jobs, Holmes became known for her distinctive black turtlenecks and baritone voice. Despite lacking medical qualifications, Holmes’ charisma and belief in her idea convinced wealthy and connected investors, from the DeVos family to Rupert Murdoch, to pour millions into Theranos.

Founded in 2003, Theranos developed a portable device that it claimed could test for hundreds of illnesses using a single drop of blood. Inspired by the aesthetics of Apple products, Holmes poached designers from the tech giant to work on the “Edison” machine. Theranos promoted its blood-testing device as cheaper and more portable than traditional intravenous blood tests.

Influential figures including George Shultz, General Jim Mattis, and Henry Kissinger joined Theranos’ board of directors. Businessman Ramesh “Sunny” Balwani, 56, was first employed by the company in 2009, rising up the ranks to Chief Operating Officer. Balwani and Holmes had earlier begun a romantic relationship, which they didn’t disclose to investors.

Before the Edison device had been rolled out for use on the general public, Holmes began making bold, unproven claims about its capabilities, saying the Edison machine would catch terminal illnesses early, creating “a world in which no one has to say goodbye too soon.”

In September 2013, Theranos landed a lucrative deal with Walgreens Boots Alliance that included plans to install Edison machines in thousands of its stores across the U.S. to make testing available to customers. In their pitch to Walgreens, Holmes and Balwani claimed that the U.S. military used Theranos devices on the battlefield. Holmes later admitted under oath that this was untrue.

What happened at Theranos?

As Theranos began the roll out of their Wellness Centers in Walgreens stores, Theranos was valued at $9 billion. Holmes was on the front cover of Fortune, Bloomberg BusinessWeek, Forbes, Inc. Magazine, and named one of TIME’s 100 Most Influential People.

Yet, the technology Theranos was depending on didn’t produce reliable results. Patients were given inaccurate results relating to serious conditions such as cancer, HIV and miscarriages, according to reporting by the Wall Street Journal.

Read more: Why Are We So Obsessed with Elizabeth Holmes? Alex Gibney Unpacks His New HBO Documentary The Inventor

How did it fall apart?

In October 2015, the Wall Street Journal ran a series of damning reports uncovering the company’s failings. Tyler Shultz, a grandson of Theranos director George Shultz, was the first employee to blow the whistle on the company’s malpractice.

Walgreens sued Theranos for breach of contract in November 2016 for the full $140 million it invested in the company. In 2017, an agreement was reached to settle for less than $30 million.

Facing multiple civil and criminal federal investigations, Theranos dissolved in 2018. Both the company and Holmes reached settlements with the Securities and Exchange Commission (SEC). The U.S. attorney’s office for the Northern District of California had also launched a two-year long investigation into the company, which culminated in the indictment of Holmes and Balwani in June 2018. The pair ended their professional and romantic relationship in the wake of the investigations.

Who were Theranos’s investors?

“The Theranos story is an important lesson for Silicon Valley,” said Jina Choi, director of the SEC’s regional office in San Francisco, after charging Holmes with civil securities-fraud charges in March 2018.

What is the trial about and when does it start?

Holmes’ trial is expected to begin on Aug. 31. Balwani will be tried separately next year. 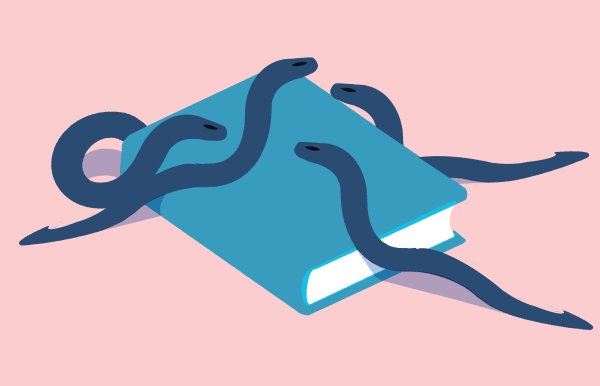 Goodreads' Problem With Extortion Scams and Review Bombing
Next Up: Editor's Pick