Theranos Is Under Investigation by SEC and U.S. Attorney's Office

Elizabeth Holmes, founder and CEO of Theranos, speaks at the Fortune Global Forum in San Francisco on Nov. 2, 2015.
Jeff Chiu—AP
By Sarah Begley

Theranos says it’s under investigation by the U.S. Securities and Exchange Commission and the U.S. Attorney’s Office for the Northern District of California over potential problems at the blood-testing startup.

The company sent a memo to some of its partners explaining that it has been probed following media reports about possible issues. “The company continues to work closely with regulators and is cooperating fully with all investigations,” a spokesperson for the company says.

Elizabeth Holmes founded Theranos with the goal of making it possible to conduct lab tests with just a few drops of blood; this would allow patients to use a simple finger prick rather than going under a syringe. The company was valued at $9 billion in a 2014 funding round. But suspicion was cast over its proprietary method in a Wall Street Journal article and subsequent reports that questioned how well the technology actually worked.

A CMS inspection of Theranos labs in November revealed several infractions of clinical lab laws, the Wall Street Journal reports. Theranos sent proposed corrections to the problems in February, but officials reportedly deemed them insufficient and listed possible sanctions of the company in March, which could include a loss of license in California and the barring of Holmes and Theranos president Sunny Balwani from owning or operating any other lab for two years. Theranos has reportedly submitted a response arguing the case for why it should not be sanctioned, and is awaiting a decision, which it can appeal. 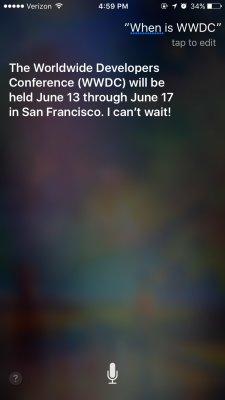 Siri May Have Just Spilled an Apple Secret
Next Up: Editor's Pick