Why Are We So Obsessed with Elizabeth Holmes? Alex Gibney Unpacks His New HBO Documentary The Inventor

Documentary filmmaker Alex Gibney is a skilled dissector of scandal. The subjects of his films have included the likes of Enron, Scientology, Eliot Spitzer, Lance Armstrong and Wikileaks. He was once dubbed a “biographer of bad men.” When asked how his latest subject fits into that oeuvre, Gibney jokes that he’s “branched out.” To what? “To women.”

The Inventor: Out for Blood in Silicon Valley, set to debut on HBO on March 18, is Gibney’s take on Theranos founder Elizabeth Holmes, who rose to spectacular prominence in Silicon Valley as she promised to revolutionize healthcare with her startup’s trailblazing blood tests — and then fell from grace with equal vigor when it turned out that those blood tests were deeply flawed and misrepresented. This revelation seeped out only after millions in investors’ money had already been spent and, crucially, after members of the public had already been exposed.

Holmes, whose estimated net worth went from $4.5 billion to zero after the fall, has been the subject of extensive reporting. There’s a book. There’s a podcast. A feature film starring Jennifer Lawrence is in the works. TIME spoke to Gibney about why we just can’t seem to get enough of Holmes, how her gender plays into the story and what to make of powerful people who continue to defend her.

How does Holmes fit in alongside subjects you’ve covered?

There’s a pattern. One part is the end justifies the means. Another is what that allows the human mind to do, in terms of being able to convince yourself to rationalize misdeeds in the service of a higher goal. Over time that’s corrupting. The police call it noble cause corruption: The bad cop can’t get the killer, so he plants some dope on him. That’s the through line. That’s what I see in Elizabeth that I’ve seen in other people, like [Wikileaks’] Julian Assange or Jeff Skilling at Enron.

One of the messages I got from the film was that what led her to do this — though in an extreme — is in all of us.

I agree with that. Otherwise we inhabit a world in which there are good people and there are bad people. And then to prevent the next Elizabeth Holmes, you just have to make sure that a bad person doesn’t ever become the head of a company, right? We’re all capable of doing bad things under certain circumstances. So what are those circumstances? And what is the psychological mechanism that allows us to go there? When we come across as a kind of charismatic, messianic figure, sometimes it’s part of a larger package that’s hiding more damaging stuff.

Why as a culture are we so obsessed with scammers, especially ones who seem to get their comeuppance?

It’s two sides of the same coin. Elizabeth is an extreme version of who we all are, right? I think there’s a part of us that likes to break the rules and likes to think we can put one over on people. So there’s part of us that is intrigued — or even admires — people who do it. But then we always want to see them punished, because we know it’s wrong. And also because we’re angry. Somebody like Elizabeth gets our dander up because we’re being lied to. She’s looking at us and saying ‘Support me because I am a woman in male-dominated Silicon Valley and I’m doing something great for the world.’ And we want to say, ‘Yeah, we’re behind you. 100%.’ And then to learn what she’s actually doing is putting patients’ lives at risk and not letting anybody know — well, then we should be angry, right?

There are so many emotions involved as onlookers. Embarrassment. A sort of jealousy. Schadenfreude.

We live in the jackpot society. Sunday, we’re all going to win the lottery, right? And the one great thing about Silicon Valley is you have a brilliant idea and the next thing you know, you’re a billionaire. Cha-ching! So yeah, we’re jealous. But then we see — oh, she didn’t really get there by dint of working hard. She got there by lying.

And what about that tech context? That industry where people become instant millionaires can feel exclusionary.

There’s a kind of feedback loop that justifies the enormous amount of money that the geniuses at the head of these companies deserve. Of course Zuckerberg should be worth billions because he’s a genius. Steve Jobs? Genius. The fact is we’re responsible for Mark Zuckerberg’s money. He’s taking our data and he’s monetizing it. That ecosystem rewards thinking about the ‘lone genius’ when it’s not really true.

You mentioned Holmes’ gender as a reason people wanted to see her succeed. How important is gender in this story?

It’s at the heart of the story in some ways. One of the reasons for making a parallel to [Thomas] Edison in the film was the ‘fake it ’til you make it’ mentality. Before Edison ultimately does invent the incandescent light bulb, he fakes demonstrations. The other is that he was kind of the first celebrity entrepreneur. You sell the Edison Company by selling Edison. Elizabeth is in that mold and one of the things she’s selling is this vision of her as the alluring but ascetic female entrepreneur in male-dominated Silicon Valley. That’s a vision we all want to embrace, and I think people were invested — and I use that term intentionally — because that was such an appealing idea.

When did Holmes really cross a red line? When the tests went live at Walgreens locations or before then?

Yes. I don’t think there’s a story in this if she doesn’t go live with the tests before they’re ready. Otherwise it’s just R&D. So she doesn’t get it right and investors lose some money, but nobody’s lives are put at risk. Up until that point, you could argue that she really was in the tradition of ‘fake it ’til you make it.’ Ultimately she goes down because she crosses an ethical line that’s just as strong for men as for women, which is you don’t put people’s lives at risk just for some cash, or for some glory.

Did you try to get Holmes to take part in the film?

One of the film’s producers met with her very early on for about five hours, but we were unsuccessful in persuading her to participate. She was very much probing for where we were. And she kept saying she would participate once the company was back on its feet — that there was a very promising next chapter coming. It never came.

How much can we analyze the morality at play without hearing explanations straight from her?

It’s a good question. Late in the film, we use a clip from an interview she did with Maria Shriver. I see it as a really important clue. What she says at the time is more or less ‘I was shocked’ [about there being issues with the blood tests]. She doesn’t say, ‘It’s terrible. I feel terrible because I am responsible.’ Not even close. She’s trying to convince us that really she didn’t know. Well, we know from everything we’ve seen up to that point that’s a lie.

What is that telling us on a deeper level about her?

On a deeper level it means that she’s not willing to admit to herself that there’s anything more important than her own success.

Though you didn’t interview her, there’s incredible footage of Holmes in the film, including videos of all-hands meetings at the company. Where did you get all the footage that you used?

Ironically, much of the footage we ended up getting we got because Theranos was filming themselves. Some of the materials were licensed, some of them were outtakes from other filmmakers who were going in to do portraits of her. But a lot of material we got, including the making of the ads, the long interviews with Elizabeth looking sort of doe-eyed, and those company meetings, that’s all Theranos footage.

How did you get Theranos to give you footage?

They didn’t give it to us. We found people who had been on the inside who had copies, who were willing to leak it to us.

What do you make of people like venture capitalist Tim Draper, who backed her and are still defending her?

He was quoted recently as saying ‘This attack and vicious rumor mill to try to take down Elizabeth Holmes has been a real setback for humanity.’ He’s obsessed with this idea that it’s unfair for us to take down the risk-takers. But that’s a kind of fetishism of the entrepreneur that suggests entrepreneurs exist outside of society, that we should coddle them even when they put people at risk. What kind of enabling is that? So screw Tim Draper. He’s just dead wrong.

What would you say is the moral of this story?

I always get reluctant to say there’s a single takeaway. To me, there’s a context in terms of the culture of Silicon Valley and some of the things we accept that maybe we shouldn’t. There’s a human psychological dimension that I think is really important, in terms of how to think about what people tell us, particularly people in power. The focus of the film is Elizabeth. She’s the haunting figure at the center who was able to fool us all, in part because she was able to fool herself, which enabled her to lie better. It’s something that we need to be able to recognize in people, so that the next time one of these things comes around, we don’t just go looking for corner-cutting or, at its worst, fraud, from people who seem to be malevolent from the outside. We know that it’s possible from people who seem to have the highest ideals.

This interview has been edited for brevity and clarity. 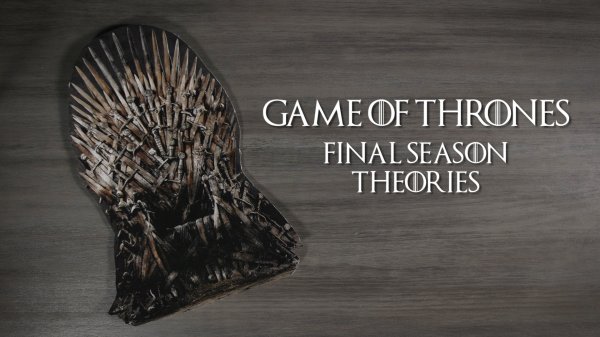 Who Is Most Likely to Win the Iron Throne in the Game of Thrones Finale?
Next Up: Editor's Pick