We’re used to comparison shopping, and we know where we can get a better deal on the exact same box of cereal or the same pair of sneakers. But when it comes to the routine blood test you get every time you see the doctor, how budget-conscious can you be?

Not very, new research shows. In an eye-opening report published in the journal BMJ Open, Dr. Renee Hsia, an associate professor of emergency medicine at the University of California, San Francisco, and her colleagues found that cholesterol panel could cost patients anywhere from $10 to $10,169 — a more than thousand-fold difference. A basic metabolic test for things like blood sugar ranged from $35 to $7,303.

“I was expecting a little variation, maybe two-fold, or even three-fold,” says Hsia, who also studied differences in total costs for procedures like having the appendix or tonsils removed. “But I wasn’t expecting this amount.”

She focused specifically on blood tests because they are automated and not prone to variations in the quality of the technician or other bells and whistles required to spit out results. “It should be like buying a loaf of bread,” she says, with only slight differences in price.

MORE: An End to Medical-Billing Secrecy?

But the thousand-fold range shows just how seemingly random health care pricing can be. “There is probably nothing justifiable [for the high cost] in this case,” she says. Even if the most talented technician were performing the lipid analysis using the most sophisticated machine, it’s hard to imagine those services requiring $10,000 worth of equipment or labor.

And it’s not as if individual hospitals are guilty of overcharging consistently. One hospital may have high fees for one test and lower fees for others. In Hsia’s study of 150 California hospitals, the one that charged more than $10,000 for the cholesterol test was not the same one that billed more than $7,000 for a metabolic test. Factoring in things such as whether the hospital was for- or not-for-profit, whether it was a teaching hospital, and the percentage of patients covered by Medicaid still didn’t explain the gap in pricing.

MORE: Bitter Pill: Why Medical Bills Are Killing Us

Master lists at each hospital set these fees, she says, and in recent years, some hospital administrators have admitted that even quantitative factors such as supply, demand or overhead costs don’t factor into these prices. In 2013, Secretary of Health and Human Services Kathleen Sebelius released the prices of 100 of the most common inpatient services at hospitals across the country in an effort to make the process more transparent.

And if you think you won’t have to worry about these prices because you’re insured, you may be feeling these costs the next time your premium creeps up. While private insurers negotiate with hospitals to accept certain fees, that rate is a percentage of the original charge — the higher the charge, the higher that negotiated fee will be. And insurers pass on those costs to their members.

So can a financially responsible patient comparison shop for hospitals with the most reasonable fees? Not really.

California law mandates that hospital report what they charge for any 25 of the most common outpatient tests. But they don’t specify what those tests are, and hospitals can chose which ones they provide to the public. The entire list of fees is also available, but not as easy to navigate for patients who aren’t familiar with the codes for the tests. “It’s not that transparent, and hard for patients to access the information,” says Hsia.

“When people hear about price variation, they say it’s probably just one hospital, or one blood test or one procedure, and they think it’s the exception rather than the rule,” says Hsia. But evidence is mounting that’s not the case. “It’s not a hospital issue, it’s a fundamental problem because there is not a rational way to determine hospital pricing, and that needs to be addressed.” 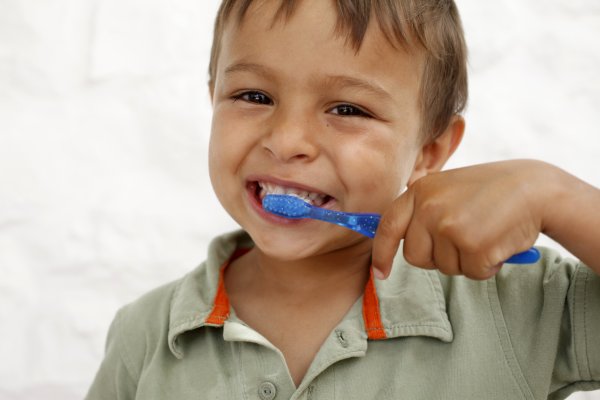 Dentists Disagree on Brushing
Next Up: Editor's Pick