The Theranos Downfall Was Inevitable

Theranos, the biotech darling founded by investor darling and entrepreneur Elizabeth Holmes, is under criminal investigation by federal prosecutors for potentially misleading investors and the government about its blood-testing technology. The company developed what it claimed was the first extensive blood test that could diagnose diseases and run basic lab measurements on things like cholesterol and blood sugar among nearly 240 other measures from a single drop of blood.

It seemed too good to be true, especially for people, like Holmes, who say they are needle-phobic. And, according to the investigation, that may indeed have been the case.

At issue is the secrecy with which Theranos developed and brought to market the technology and its proprietary blood-testing process from day one. Theranos did not share with outside scientists which machines the company used to perform its tests, and they wouldn’t they reveal how its technology differed from the microfluidics that other companies were using to perform similar—though less extensive—assays as Theranos’. Nor did they publish in any peer-reviewed journal any research that proved the effectiveness of their product. To do so, Holmes said, would make them lose their competitive advantage of being the first to offer such tests.

When Dr. Eric Topol, director of the Scripps Translational Science Institute, had his blood drawn and tested using the system, he says, “I wasn’t allowed to see the equipment, wasn’t allowed to go near it.” Instead, he was ushered into a comfortable room, had his finger warmed and then pricked for the drop of blood, which was whisked away into some back room for analysis. About 15 minutes, later, Topol got his readings on his smartphone.

That was October 2013. At the time, he was impressed, since the results pretty closely matched the measures he had recently gotten from a traditional blood test just a few weeks before. He says he expected studies about the technology to show up in a scientific journal, and for the results of other tests like his to be published in the following months. That hasn’t happened.

Publishing in a peer-reviewed journal is science’s version of a stamp of approval. It legitimizes whatever is being described, whether it’s a process or a drug or a therapy. That is how new science becomes open for others to scrutinize, learn from and refine further. Drug companies, despite their highly competitive industry, publish results of their drug trials, even describing in basic terms how their products work. They may withhold the details of what makes their product proprietary, but in general terms, they need to detail which pathways their drugs use, for instance.

In other words, no matter how competitive the field is for developing a drop-of-blood diagnostic test, Theranos could have likewise submitted some paper describing its technology and how effective it is without necessarily giving away its trade secrets.

“Science is ultimately a collaborative effort,” says Dr. Eugene Chan, CEO of DNA Medicine Institute, a Boston-based biotechnology company that is working on a similar, tricorder-like device that anyone, including people without any medical training at all, can use to scan for hundreds of diseases from a drop of blood. “Ultimately in order to fully get a piece of technology that we all trust, it has to be presented to the scientific community—you’ve got to get it to someone else besides you. Your hard work needs to leave the confines of your office and needs to show up in someone else’s hands. Even now, we haven’t seen that type of external validation by a third party.” Chan, whose team is among the finalists in an X-Prize challenge to develop such a technology, now has his device with several dozen outside people who are testing it and giving him feedback.

Without such papers, all we have is Theranos’ word—their assurance that their team of scientists have developed some proprietary black-box technology that is superior to anything else currently available for mining a tiny amount of blood for an enormous amount of information.

Last October, some of Theranos’ former employees told the Wall Street Journal that the company only used its machinery on a dozen or so of the hundreds of tests it ran, and questioned the accuracy of the device. That suggests the company had problems with its extremely hyped-up proprietary innovation and was exaggerating the progress it was making in perfecting it.

“After all is said and done, we have never seen what this technology is,” says Topol. “Now with the investigation, maybe eventually there will be transparency.” 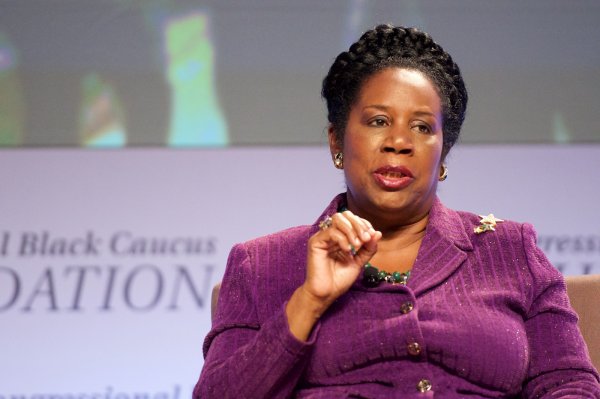 Congress Must Act Immediately to Combat Zika Virus
Next Up: Editor's Pick