What to Know About the Tokyo Summer Olympics Closing Ceremony

The Summer Olympics in Tokyo was unlike any other Games. Delayed a year by the coronavirus pandemic, the Tokyo Olympics went off with few spectators in the stands, families left at home, and athletes who were masked, quarantined, and tested daily due to the ongoing COVID-19 state of emergency.

Despite the challenges of staging the Games during a pandemic, the Olympics were still full of notable moments. Simone Biles withdrew from the gymnastics team event to prioritize her mental health and sparked a conversation about the pressure on elite athletes. Biles’ teammates earned silver in the team final and 18-year old Sunisa Lee became won the women’s individual all-around competition to become the first Hmong-American to win an Olympic gold medal. Despite Katie Ledecky’s speed, rising Australian star swimmer Ariarne Titmus beat her in the women’s 400-m and 200-m freestyle finals. Great Britain’s Tom Daley and Matty Lee won the 10-m synchronized diving. Nishiya Momiji also became the youngest Olympic gold medalist in Japan’s history with her win in the women’s street skateboarding event. Swimmer Ahmed Hafnaoui, a 50-1 longshot from Tunisia, took gold in the men’s 400-m freestyle. Qatar’s Mutaz Essa Barshim and Italy’s Gianmarco Tamberi decided to share a gold medal in the high jump. And that was all before the final days of competition.

The Tokyo Olympics are drawing to a close, though, and that means the Closing Ceremony and then the world will get ready for the 2020 Summer Paralympics, beginning Aug. 24.

When will the Tokyo Olympics Closing Ceremony start?

Tokyo 2020 will conclude on Sunday, Aug. 8, with several events, including volleyball, boxing, and the men’s marathon all scheduled for the final day of competition. The last event of the Tokyo Olympic Games will be the men’s water polo final at 4:30 p.m. in Tokyo (3:30 a.m. EST). After the last goal is scored and the final winner is declared, the Closing Ceremony will take place at the Tokyo Olympic Stadium at 8 p.m. local time in Tokyo (7 a.m. EST in the U.S.).

Where can viewers watch the Tokyo Olympics Closing Ceremony?

NBC will broadcast the ceremonies live on Sunday at 7 a.m. EST, and will also rebroadcast the Closing Ceremony in primetime at 7:30 p.m. EST that same day.

Viewers can also livestream the Closing Ceremony on NBC Olympics, and Peacock, NBC’s streaming service, as well as on fuboTV, which offers a seven-day free trial.

Will there be spectators at the Olympics Closing Ceremony?

Like at the Opening Ceremony, fans are not allowed to attend the Closing Ceremony due to the ongoing COVID-19 pandemic. However, dignitaries and officials will be present, as well as those athletes remaining in Tokyo.

While First Lady Jill Biden represented the U.S. at the Opening Ceremony, that honor falls to U.S. Ambassador to the United Nations, Linda Thomas-Greenfield, for the Closing Ceremony. Other members of the U.S. delegation, according to the White House, include Raymond Greene, the Chargé d’Affaires ad interim at the U.S. Embassy in Tokyo, and Marcia Bernicat, senior official for economic growth, energy as well as the environment.

What will happen at the Closing Ceremony?

The Closing Ceremony has been a part of the Games since the first Olympiad in 1896 in Athens. It is a celebration that takes place at the end of every Olympics to mark the end of the Games and marks the slow build-up to the next summer games, set for Paris in 2024.

The theme for this year’s Closing Ceremony is “Worlds We Share,” which organizers say reflects the Olympic spirit and “expresses the idea that each of us inhabits their own world”.

While the artistic elements of the Closing Ceremony are left up to each host country, there are certain protocols set during the 1920 Games in Antwerp that were later put into the Olympic bylaws. Those elements include many moments that Olympic watchers have come to love, including the parade of the nations’ flags, the victory parade, the handing out of final medals, and the lowering of the Olympic flag and its handover to the representative of the next host city, in this case, Paris. Perhaps the most moving element is the extinguishing of the Olympic flame. As the lights go out, the Games are truly over. 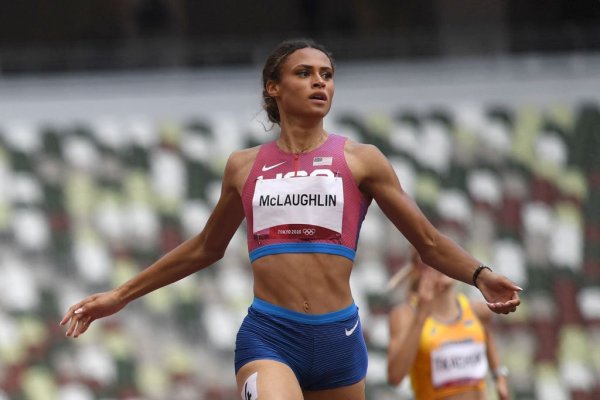 Sydney McLaughlin Becomes a Breakout Star
Next Up: Editor's Pick