Movies are back! F9, the latest installment in the Fast and Furious franchise, shattered pandemic box office records this weekend with a $70 million debut—the biggest box office opening since Star Wars: The Rise of Skywalker in December of 2019. A Quiet Place Part II had held the previous pandemic record, raking in $48.3 million during its opening weekend in late May.

Notably, both F9 and A Quiet Place Part II debuted exclusively in theaters rather than simultaneously in theaters and on streaming. Their success seems to suggest that audiences are hungry to return to theaters and that the strategy some studios, like Warner Bros. and Disney, have adopted of releasing a movie both in theaters and on VOD could already be out of date.

Still, entertainment conglomerates have more to consider than box office success: releasing movies like In the Heights and Cruella on streaming services the same day they hit theaters could drive subscriptions to streaming sites, which in some cases may be as valuable to the company as straight ticket sales. And there are exceptions to the theaters-only model: Godzilla v. Kong saw surprising box office success back in March even though it was also available on HBO Max.

One things is clear: franchise films are flourishing in theaters as Americans return to the cineplex. Here’s what that means for this summer’s movies and the future of film beyond the next few months.

Movies like F9 exist to be seen in theaters. The stunts are absurd yet awe-inspiring. The jokes land best when you’re surrounded by dozens of other people laughing at the ridiculousness of strapping a rocket to the top of a Pontiac Fiero. What is the point of watching Vin Diesel drive his car off a cliff on a tiny phone screen?

Universal Studios knows this to be true. F9 was one of the first movies to delay its release by an entire year when the pandemic struck. That wound up being a prudent move. F9 even beat the debut of the 2019 Fast & Furious spinoff, Hobbes & Shaw, which had a $60 million opening weekend, though it didn’t quite reach the $98.8 million high of 2017’s Fate of the Furious. So far, F9 has made $405 million globally.

Any other year, F9′s success would have been all but guaranteed. In the last decade or so, movies featuring superhuman acts have been the safest bets for studios when it comes to box office sales—particularly those like F9 that boast diverse casts and globetrotting plots. Still, the most pessimistic prognosticators predicted we would not be able to tear ourselves from our couches to return to movies post-pandemic: Netflix would have spoiled us too much.

But it turns out people are eager to leave their houses, especially for an action-packed romp. In all likelihood, studios will see the success of these movies and double down on tentpole franchises, for better or worse.

It wasn’t always this way. There was a time, not so long ago, when studios made more than action movies. When mid-budget adult dramas were sure-fire box office bets. When adaptations of John Grisham novels like The Pelican Brief and The Firm, epic stories totally devoid of superheroes like Titanic and Saving Private Ryan and comedies like Home Alone and Austin Powers, would bring in the big bucks.

Indeed, there was even a time when Vin Diesel’s Dominic Toretto had fewer muscles and couldn’t punch his way through hundreds of bad guys. Way back in 2001, Fast and Furious was a straightforward cops-and-robbers crime drama. But with each installment the franchise got bigger and the stunts more absurd. The drivers went from racing cars on the streets of Los Angeles to jumping cars from one Abu Dhabi skyscraper to another to driving cars through outer space.

At this point, the Fast movies are essentially indistinguishable from superhero films, though director Justin Lin, who has helmed several installments of the franchise, is always winking at the audience about the impossibility of the team’s antics: there’s an ongoing gag in F9 in which the characters debate whether they are invincible given how many ridiculous stunts they’ve survived. It’s hard to imagine the Fast and Furious of 2001 scoring this big of a box office in 2021.

As the Fast and Furious movies got bigger, so did the industry’s concept of a successful film. In 2001, Steven Soderbergh’s star-studded remake of Ocean’s Eleven as well as the Ben Affleck vehicle Pearl Harbor were two of the highest-grossing movies internationally, and eventual Oscar winner A Beautiful Mind and rom-com Bridget Jones’ Diary weren’t far behind. Fast and Furious didn’t even crack the top 15.

But the two highest-grossing movies of that year hinted at the franchise frenzy to come: They were the first installments in two epic franchises, Harry Potter and Lord of the Rings. It would be another year before the first Spider-Man movie would hit theaters and another seven years before Iron Man would kick off the Marvel Cinematic Universe (MCU), the most profitable franchise in movie history.

By 2019, all 10 of the highest-grossing movies of the year were franchise films, be they superhero stories like Avengers: Endgame, Disney remakes like The Lion King or entries in the Star Wars saga. Meanwhile, non-genre films have largely migrated to streaming services.

Now, in the pandemic era, that trend is only intensifying: Studios invest more heavily in superhero fare, and often prioritize its marketing and release in theaters. And, as a result, those tend to be the most successful films.

Studios could abandon their streaming strategy for the biggest films

Several studios, anticipating that hesitancy to return to movie theaters would last a bit longer, declared that they would be releasing some of their biggest, most expensive movies simultaneously in theaters and on streaming services for the rest of 2021.

The latest entry in the Marvel Cinematic Universe, Black Widow, will debut on Disney+ the same day it hits movie theaters, though it will cost $30 on top of a Disney+ subscription via Premier Access. Warner Bros. has said that Suicide Squad, Dune and The Matrix 4 will all premiere on HBO Max the same day they premiere in theaters with no extra charge if you have a subscription. And there’s still some question after Amazon’s acquisition of MGM Studios whether the long-awaited James Bond movie, No Time to Die, will stream on Amazon Prime the same day its releases in theaters or shortly thereafter.

Studios don’t seem to agree on whether streaming services are cannibalizing box office numbers. When many critics suggested that Warner Bros.’ strategy of releasing In the Heights on VOD and in theaters at the same time depressed its ticket sales, Warner Bros. head of domestic distribution Jeff Goldstein told the Associated Press, “Our experience, which is backed up on In the Heights, is that if the movie hits a high level in theaters, it hits a high level on the service. If it hits a low level in theaters, it hits a low level on HBO Max.” HBO Max doesn’t actually release it’s streaming numbers, so it’s impossible to know whether that is true.

But it’s difficult to look at the success of films like F9 and A Quiet Place Part II and not believe there’s some advantage to forcing fans to pay for movie theater tickets to see these films. By contrast, Cruella, Raya and the Last Dragon, The Conjuring: The Devil Made Me Do It and In the Heights—all of which were available both in theaters and on demand—all had decent but not spectacular box office showings over the lat few weeks.

Perhaps studios have been prioritizing premiering films on streaming services that they never thought would perform all that well in theaters in the first place. After all, Paramount made nearly as much money as they did in 2019 offloading movies like Lovebirds, Coming 2 America, Without Remorse and Trial of the Chicago 7 to streamers—none of which were likely to be box office juggernauts based on genre (sorry, rom-coms) or critical reviews. In other cases companies like Disney and Warner Bros. are making the calculation that sacrificing ticket sales is worthwhile in order to try to beat Netflix in the streaming wars.

But if theater-exclusive movies like F9 continue to consistently perform well at the box office, it’s possible that studios could reconsider their strategies around releasing sci-fi films like Dune, designed with an IMAX screen in mind, to services like HBO Max.

Movies theaters aren’t out of the woods yet

F9‘s victory doesn’t necessarily bode well for theaters this summer. Most of the major blockbusters set to release this year will have a simultaneous theatrical-VOD release, including Black Widow, Space Jam: A New Legacy and The Suicide Squad. If, indeed, streaming availability keeps audiences home, theaters could struggle over the next few months to reach pre-pandemic attendance levels.

It’s possible some franchises that historically haven’t quite topped Marvel and DC movies at the box office, like the latest entries in the G.I. Joe or Purge franchises, could see a box office surge because they’ll only be available in theaters. A movie like M. Night Shyamalan’s Old or the Matt Damon starrer Stillwater could make waves at the box office simply because they’re premiering exclusively in theaters.

But the next major test of a theater-only movie will be Marvel’s film Shang-Chi and the Legend of the Ten Rings, which will premiere on Sept. 3. Marvel will go on to premiere two more superhero films in 2021 exclusively in theaters: The Eternals and Spider-Man: No Way Home (the latter of which was co-produced with Sony). Sony’s Venom: Let There Be Carnage will also throw its hat into the superhero arms race this fall.

There’s a glut of highly anticipated movies that are coming this summer and fall, many of which were delayed from last year. A24, the independent studio behind hits like Moonlight, Lady Bird, Uncut Gems, Midsommar and Hereditary, plans to release its movies, including the tweet-thread-inspired drama Zola and the creepy Dev Patel Arthurian Legend film The Green Knight, exclusively in theaters.

Those premieres will serve as an intriguing test of audiences’ willingness to support smaller dramas in theaters. While at first blush, those movies may seem perfect candidates for streaming services, distributors like A24 tend to appeal to the exact cinephiles eager to support filmmakers by attending screenings of their work.

Candyman from Nia DaCosta and Last Night in Soho from Edgar Wright will test the waters of audiences’ eagerness to pay to see specifically horror films on the big screen. The low-budget genre tends to perform very well at the box office. Directors like DaCosta and John Krasinski (who helmed both A Quiet Place movies) have made direct appeals to fans to see their horror movies in theaters, where they can react to twists, jumps and surprises together—which was clearly a compelling argument for the fans who made A Quiet Place II a box office winner.

With the first evidence of the resurgence of the movie theater industry in the rearview, it’s becoming clearer that the pandemic likely exacerbated trends that were already in place before it began—big movies get the big bucks, and the gap between independent films and superhero fare grows. The dramas that once resided in the middle will head to streaming, or viewers will scratch that itch with television shows like Mare of Easttown.

Still, perhaps there will be enough audience enthusiasm over the next several months to win over studios that are waffling on whether to invest in giving a film like Zola a big theatrical debut. It seems that enthusiasm for the cinematic experience isn’t dead just yet. After all, as Vin Diesel would tell us, there’s nothing quite like the movies. Let’s hope that love extends for many years to come to even the ones without rocket-loaded Fieros. 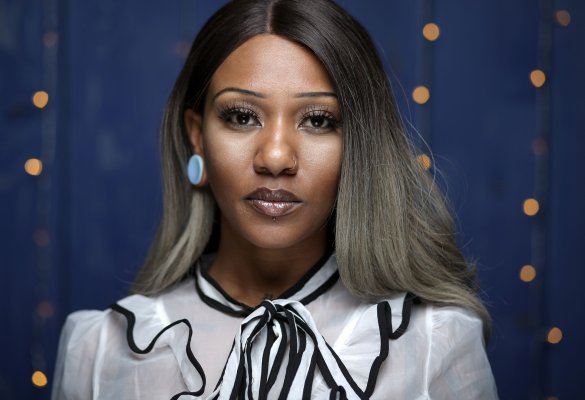 A'Ziah 'Zola' King on Making an Authentic Film Adaptation of Her Viral Story—and What Comes Next
Next Up: Editor's Pick