From Cruella to Maleficent to the Joker: Is It Time to Retire the Villain Origin Story?

Even if the slogan “fair and balanced” has been retired by the conservative news network that used it for years, the damage caused by its shifty logic endures: There are two equally valid sides to every story. Every warped viewpoint must be weighed seriously for any grain of truth it might contain. If you shout loudly enough, down is actually up. We’re now stuck with this legacy, and it’s so ingrained that it shows up even in the most unlikely places. In particular, you’ll find it in the villain origin story, a long-simmering trend that exploded with Todd Phillips’ 2019 Batman-nemesis apologia Joker. This month, Craig Gillespie’s Cruella hops on the backstory bandwagon.

Cruella devises a biography for the 101 Dalmatians villainess Cruella de Vil, she of the spotted fur coat and duotone hairdo (who, though she’s now most famous as a Disney creation, was the invention of English writer Dodie Smith, who described her vividly in the delightful 1956 novel that spawned the Disney properties in the first place). This Cruella—played by Emma Stone—is an aspiring fashion designer in 1970s London, who’s set on the bad-gal rail when, aflame with her own ambitions, she goes to work for a ruthless baroness (Emma Thompson) who heads her own fashion house. Like another Disney villain, Maleficent, who already has two films of her own, she’s a misunderstood woman who’s just trying to make her way. According to villain-backstory logic, evil behavior doesn’t just happen; it’s caused, often because a sensitive individual is unable to adjust to an unfair, sometimes cruel, world.

Illustration by Michelle Urra for TIME

The word misunderstood is key to all villain backstories, whether we’re talking about TV’s Ratched, which details the origins of the most infamous psychiatric nurse in literature and movies, or Broadway’s Wicked, which unmelts the legend of Oz’s Wicked Witch of the West. These works are sometimes fun, excuses for whacked-out makeup and hairdos and cartoonishly exaggerated performances. But they’re also convenient vehicles for big entertainment franchises to expand their empires. At what point do we ask for more?

In the early days of comic strips, comic books and adventure serials, the role of villains was relatively simple: they were foils, figures whose badness was a delectable given, designed to contrast as boldly as possible with the selflessness of heroes. At the same time, they were free in a way heroes are not. Their job was to behave badly, often with irresistible glamour on their side. (Hello there, Catwoman.) They could be just as compelling as heroes, often more so. And because most of us strive to be good most of the time, it’s cathartic to give in now and then to the allure of being bad. We don’t need to work that hard to identify with most villains. Certain aspects of their characters—like the desire to break stuff, for no good reason—are also alive in us. We just know better than to give those urges free rein.

But somewhere along the way—a development nurtured, if not born, in the comic-book world with Alan Moore and Brian Bolland’s dazzling 1988 graphic novel Batman: The Killing Joke—villains began to push their way to the foreground. No longer just breaking stuff for no good reason, they were now pleading for our understanding—sometimes, as in Phillips’ Joker, with the cloying neediness of a thrift-store clown painting. Now we’re stuck with villain backstories that are little more than rote exercises in psychological depth, stories that sap our imagination rather than igniting it. It’s no longer enough to just accept, and revel in, a character’s badness, allowing their miscreant behavior its own aroma of mystery. Now we get elaborate explanations of why and how, in stories that build an illusion of moral complexity even when, in reality, they risk nothing at all. To borrow a line from Jean Renoir’s The Rules of the Game, “In this world, there is one awful thing, and that is
that everyone has his reasons.” Among our fictional bad guys, reasons have taken the place of the glorious, naked id. Villains are no longer enigmatic, exciting cautionary figures; they’re homework.

Read more: The Problem With Joker Isn’t Its Brutal Violence. It’s the Muddled Message It Sends About Our Times

The Joker suffers from untreated mental illness and lives in a world where people just don’t care enough. Maleficent is jilted by a swain who prefers power to love. Cruella, before she becomes a psychotic fashion plate, is simply Estella, a troublemaking schoolgirl who suffers a devastating personal loss that she believes is her fault. These stories, sometimes entertaining but often wearing their earnestness on their sleeves even so, don’t illuminate the mystery of human behavior. They merely stitch a diagnosis to it, the equivalent of the psychiatrist’s intentionally drab monologue at the end of Psycho, but without Hitchcock’s final, chilly kicker—the acknowledgment that in the end, there’s evil in the world that just can’t be rationally explained.

How did we reach this point? For the past 30 years or so, people who grew up reading comic books—people who, as kids, felt they were outsiders, misunderstood by the world at large or even just by their parents—have become increasingly invested in their identity as a downtrodden minority, a leftover rationalization from the days, in the 1930s, ’40s and ’50s, when comics really were treated as the end of civilization as we know it. But now this alleged minority of underappreciated iconoclasts is the driving force behind several multibillion-dollar entertainment franchises. They can no longer differentiate themselves from the mass audience because they are the mass audience. Idolizing superheroes is no longer anything special, which may be why it now seems more sophisticated to sympathize with the villains—even if that means reading depth into these backstories that isn’t really there.

There’s something else. Bothsidesism and whataboutism are thriving in our era like spiky, poisonous weeds, and if villain backstories aren’t a cause of that problem, they’re surely a symptom. Villains are bad—but they have good reasons for being bad. They’re capable of terrible things—but only because we have failed to understand them. We live in a world of people demanding to be heard—not just those who have been genuinely disenfranchised for decades and centuries, but also those who merely feel they’re under attack.

The Black Lives Matter protests of last summer ignited the self-righteous anger of white people who needed to tell the world that their lives mattered too. According to some, the rioters who stormed the Capitol on Jan. 6 were really just tourists showing up to have a look around, decent people whose actions have been grossly misread. And even as we crawl, slowly, out of a pandemic that has killed millions and slowed down the world, we’re still dealing with noisy know-it-alls who claim the virus isn’t real, or who refuse vaccination for nebulous, if not delusional, reasons. Respecting every viewpoint, including those of villains, only results in a murky gray mass where none are respected at all. When bullying and bleeding hearts unite, understanding and forgiveness are turned into a performative rite that means nothing at all. 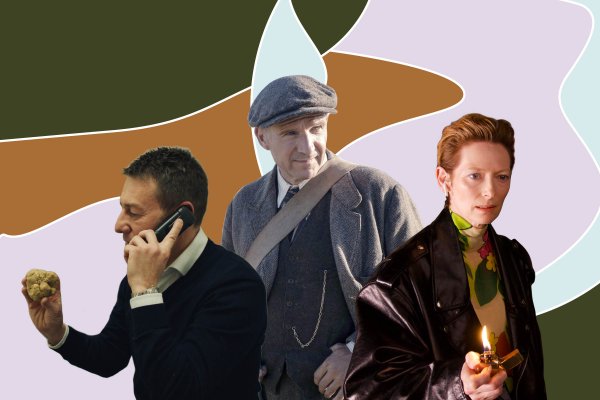