In the Heights Is a Love Letter to a New York City Neighborhood, Led by a Charismatic Star

Like flowers, trees and other living things, movies have seasons, and as originally conceived, they weren’t meant to be beamed into our climate-controlled living rooms. Our engagement with them ideally incorporates some sort of leaving-the-house preamble—bundling up on a wintry day, or grabbing an umbrella in case of rain. This is part of how movies weave themselves into our lives, though sometimes—when a pandemic strikes, for instance—they must wait out a year before stepping onto their rightful patch of sun-baked sidewalk. At the start of the summer season of 2021, almost everybody is ready for a block party of a movie like In the Heights.

If you’re running a checklist, In the Heights—directed by Jon M. Chu and adapted from Quiara Alegría Hudes and Lin-Manuel Miranda’s 2008 hit Broadway musical—has all kinds of minor failings: It’s too heavy on cumbersome ensemble musical numbers and too light on more intimate expressions of song-and-dance; the ending presents a facile resolution to the characters’ knotty personal problems; it’s just too long, with too many whiplash plot detours. But the movie’s spirit—animated by Miranda’s free-flowing affection for the part of New York where he grew up, and where he still lives—keeps it afloat. The appeal of its basic summer-in-the-city vibe apart, In the Heights is an affirmation of all the things we know about cities: that small businesses are their lifeblood; that living in such close proximity often means that neighbors become a version of family; that foot traffic is their true heartbeat. This is an imperfect film that still captures an elusive and incandescent vibe, as alluring as a strand of lights strung up for an impromptu concrete picnic.

Some of that light radiates from its lead, Anthony Ramos, as Usnavi de la Vega, the young owner of a Washington Heights bodega. (His name was inspired by his father’s glimpse of a U.S. Navy ship just as he and his wife were arriving from the Dominican Republic.) Usnavi’s parents are now dead; he’s been brought up by Abuela Claudia (Olga Merediz, reprising the role she played on Broadway). And though Usnavi considers the United States his home, he still feels pulled toward the country from which his family came, the site of a happy childhood vacation that thrives in his memory. His dream is to close up the bodega and move back to the DR, where he’ll reopen the long-dormant beachside refreshment joint his father used to run. The movie’s framing device shows him as an older dude who’s already made it there, entrancing a bunch of kids on the beach with tales of a mythical land known as Washington Heights.

Usnavi has one foot in a dream and one in real life—he just doesn’t yet know which is which. Leaving the Heights would mean losing out on a chance with Vanessa (Melissa Barrera), the young woman he’s had a crush on forever, though she too is chasing after a dream that would take her out of the neighborhood. Usnavi might also need to leave behind his chief helper at the store, his young cousin Sonny (played by the hugely appealing Gregory Diaz IV), to whom he’s become a surrogate big brother. Worse yet, the boy’s immigration status might be threatened by Usnavi’s departure. And what about the friends and neighbors who run the businesses around him, like car-service entrepreneur Kevin (Jimmy Smits), or Daniela (Daphne Rubin-Vega), the longtime beauty-salon owner who’s facing a rent increase? The film’s overall tapestry shows us the richness of the world Usnavi would be abandoning, a universe of sidewalks thrumming with pedestrians and purveyors of food, of impromptu barbecues that spring up even when the electricity goes out across the city, of heatwave-fatigued citizens who take the afternoon off and head to the local public pool. By the movie’s end, you get the point: His dream is right there beneath his loosely tied sneakers.

Along the way, there are songs, and lots of them: Usnavi’s freewheeling opening rap, a neighborhood tour measured out in in cups of coffee sold, dollops of local gossip and the occasional bounced check (“In the Heights”), a dreamy ballad in which a young college student, Leslie Grace’s Nina, wonders aloud if she’s made a mistake by choosing a school at the far end of the country (“Breathe”), an ensemble reverie about what a person could do with lottery winnings of nearly 100,000 smackeroos (“96,000”). The songs represent the early flowering of one of Miranda’s great gifts: his knack for fitting a lot of words—cleverly, jauntily—into relatively compact musical compartments without making the airspace too crowded. That gift would blossom fully with Hamilton, the musical Miranda went on to write a few years after In the Heights. (Miranda himself originally played the role of Usnavi on stage; here he appears as the strolling “Piragua Guy,” an old-school purveyor of shaved-ice treats who also occasionally annotates the action, a kind of pushcart Greek chorus. And Ramos is a Hamilton alum, having originated the dual roles of John Laurens and Philip Hamilton.)

In the Heights also features a great deal of dancing, most of it in large ensemble numbers notable for the way they incorporate dancers of all shapes and sizes. The numbers are fun at first, until you start to notice that there are simply too many of them; by the end, the movie feels encumbered by a vague water-balloon heaviness.

But even so—do you really want to leave this world behind? Chu, along with his cinematographer, Alice Brooks, and his production team, take care to capture the neighborhood’s careworn beauty: Nothing looks too new or too shiny. If you come to the neighborhood in real life, you’ll see the same slightly faded awnings and pedestrian-party sidewalks, the same graffiti-sprayed store grates, as well as, of course, the area’s glittering 1930s grand dame, the George Washington Bridge. As Usnavi, Ramos makes a superb guide to all of it: His carriage is breezily elegant, like an uptown Saturday Night Fever-era Travolta. His singing floats along on a flirtatious undercurrent—he has more invested in seducing than in convincing.

And while it probably goes without saying, In the Heights is culturally specific in a truly joyous way. The word representation is convenient for lots of reasons, particularly as a shorthand for the path we need to cut—sometimes seemingly through Mount Rushmore-hard rock—in order for our art forms to change and grow. But I think the real strength of In the Heights lies in its refusal to keep reminding us that we’re watching a story about people we don’t usually get to see in Broadway plays or movies. Instead, it’s a story about the people in your neighborhood and mine—if not a literal neighborhood, then a larger one of shared dreams and desires. We all need work that allows us to live without too much worry and confers some level of day-to-day gratification. We want to build happy and secure lives for ourselves and our kids. And we want some connection with other humans, not just people we know personally but anyone we might encounter in a given day. The triumph of In the Heights, as movie or play, is that Miranda makes his streets our streets too. There’s room for everyone no matter how crowded the sidewalks get. 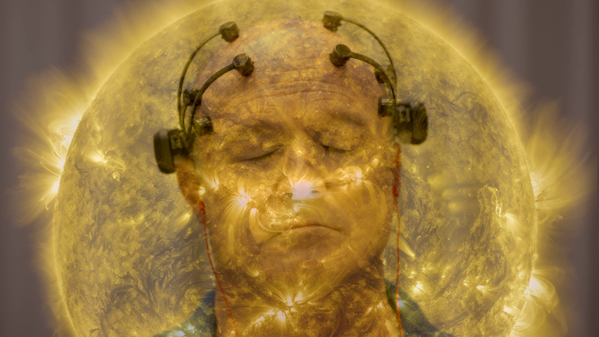 Documentary All Light, Everywhere Examines the Limits of Police Body Cameras—and Our Own Perceptions
Next Up: Editor's Pick