Mare of Easttown sounds like it’s going to be a YA equestrian novel or a Masterpiece miniseries set on a Victorian farm. In fact, deceptively stodgy title notwithstanding, it is a poignant, richly observed, if occasionally over-the-top HBO crime drama starring Kate Winslet, in her first big TV role since winning an Emmy in 2011 for Todd Haynes’ Mildred Pierce miniseries. Winslet’s Mare Sheehan is a human police detective (sorry, horse girls) in rural Pennsylvania. That the show is named for its protagonist and her hometown, in defiance of genre norms that favor ominous phrases (The Killing, The Sinner, The Missing), underscores that people and place are as crucial here as any investigation.

Like a Gen-X Frances McDormand character, Mare is an aggressive, no-nonsense woman with too many responsibilities and too little faith in the people around her. In an early scene, we see her simultaneously driving, choking down a foil-wrapped sandwich and lacing into her ex-husband Frank (David Denman) on the phone. Then, suddenly, she’s out of the car running after a perp she knows on sight, because he happens to be the drug-addicted brother of a woman Mare played basketball with in high school, on a team so fondly remembered around these parts that the school hosts a 25th-anniversary bash in its honor. This is Easttown: a working-class enclave so claustrophobically close-knit that everyone who isn’t family is a friend or foe, where you find out your ex is getting remarried because he throws a party at his house, next door.

It’s a tough place to be a detective struggling to find leads in the year-old disappearance of a young woman, whose cancer-stricken mother is exerting very public pressure on Mare and her superiors. More tragedy is on the horizon. From the moment we meet Erin (Devs‘ Cailee Spaeny), a teen mom scrambling to save money for an operation her baby needs and soothe hostility from both the child’s father and her own single dad, it’s easy to see she’s hurtling toward it. Hours after her ex’s new girlfriend jumps her at a kegger in the woods, Erin’s body turns up in a nearby creek. But the case isn’t as simple as it looks.

With scrutiny at an all-time high, the chief calls in a younger, apparently clueless state detective Colin (X-Men and Ryan-Murphy-verse fixture Evan Peters) to assist Mare in this new investigation. This is not primarily a story about mismatched cops forced to work together, though. Creator and showrunner Brad Ingelsby (The Way Back)—a native Pennsylvanian whose attention to detail is evident from the local beer everyone drinks, Yuengling, to the actors’ refreshingly subtle accents—offsets that familiar dynamic with story lines about the other Sheehans (standouts within an excellent cast include Jean Smart as Mare’s critical mother and Angourie Rice from Spider-Man: Far From Home as her punky, self-possessed teenage daughter).

Realism might be the hardest aesthetic to do well. The performances have to be genuinely moving and the setting vividly evoked; bonkers twists must be kept to a minimum. This probably explains why so many of TV’s biggest current hits are genre spectacles. Mare’s chronological structure, a welcome break from the tangles of timelines that obscure weak plotting in too many recent shows, adds another layer of difficulty. So it’s no small achievement that Ingelsby, director Craig Zobel (The Hunt, Z for Zachariah) and the always-superb Winslet (all executive producers) mostly succeed. Yes, a few melodramatic moments disrupt the naturalism midway through the season, and the choice to tease the revelation of an assailant’s identity by repeatedly placing them just outside the frame is a bit cheap. But Ingelsby nonetheless conveys the texture of life in a specific depressed rural community without descending into the misery porn of, say, Hillbilly Elegy. Easttown is not an ideal place. Mare is not an ideal detective or mom. But both have something more compelling than perfection going for them: they’re real.

The original version of this story misidentified the actor who plays Frank in Mare of Easttown. He is David Denman, not Joe Tippett. 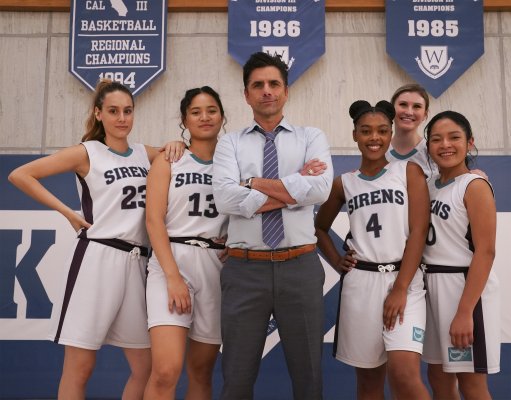 'Big Shot' Is a Lovable Sports Drama
Next Up: Editor's Pick