How Celebrity Memoirs Got So Good

Sharon Stone wants you to know that she’s a survivor. And it would be easy to assume that her new memoir, The Beauty of Living Twice, draws its title from its opening passage—which describes her 2001 hospitalization after suffering a brain hemorrhage and stroke that left her with a 1% chance of survival. But the book contains an entire lifetime marked by beating the odds.

Stone details miraculously surviving near-decapitation, being struck by lightning and walking away from her totaled car after skidding on black ice. The most compelling passages, however, are the clear-eyed, and at times brutally honest, recollections of how she’s persevered in the wake of trauma inflicted not by nature or accident but by other people, ranging from the physical and sexual abuse she experienced as a child to the many ways her consent has been undermined at work and beyond.

In spite of Stone’s four decades in the industry, The Beauty of Living Twice is far from the glitzy account of Hollywood that readers might expect. Instead, it shows a woman who’s spent the majority of her years in the public eye seizing the opportunity to tell her story entirely on her own terms.

And Stone is not alone—her book is one of a handful of recent celebrity memoirs that are refreshingly rich counterparts to the more traditional glossy offerings of the genre. Celebrities have long tended to treat publishing so-called tell-alls as a means to revive a fading career, reach fans in a new way or simply develop another revenue stream—all while staying within the bounds of delivering flattering self-portraits and a few carefully considered personal revelations designed to spark media attention. But a new group of mega-famous women have recently set their intentions on a new goal: writing truly compelling books. From Stone’s new release to Jessica Simpson’s delightfully sincere Open Book, Mariah Carey’s witty and revealing The Meaning of Mariah Carey, and Demi Moore’s unflinchingly raw Inside Out, the new era of celebrity memoirs is defined by no-holds-barred honesty.

One way to explain this shift is fairly simple: the move toward unfiltered storytelling tracks with the dominance of social media, a tool that has undeniably transformed the celebrity landscape. Gone are the days of the inaccessible, mysterious A-lister of the tabloid era, whose public perception was determined largely by the whims of paparazzi. Now, with platforms like Instagram, access to public figures and the inner workings of their lives are just a screen swipe away—and firmly within their control, making authenticity (or at least the performance of it) the key to attracting a loyal audience.

Danny Pellegrino, host of the pop-culture podcast Everything Iconic, draws a straight line between the accessibility of celebrities on social media and their understanding of the need to be more forthcoming on the page. “We can’t just get the usual fluff, like we could back in the ’90s or early 2000s,” he says. “We just know too much.”

This shift also comes at a crucial moment of reckoning with the destructive consequences of early-aughts tabloid culture and its relentless scrutiny—and particularly, a re-evaluation of the misogynistic narratives spun around women during this time. Recent documentaries about Britney Spears and Paris Hilton show just how much damage constant and oftentimes cruel media coverage caused them as they were coming of age. Meanwhile, the people who reinforced toxic narratives about young women in public have begun reflecting on their complicity; following the release of the Spears doc, Justin Timberlake wrote a public apology to both Spears, who was blamed for their 2002 breakup, and Janet Jackson, who was scapegoated after their infamous 2004 Super Bowl halftime performance.

It’s telling that Simpson—whose career as a singer was often overshadowed by gossipy, belittling narratives—found resounding success last year with her earnest and entrancing memoir. Readers eagerly ate up her candid revelations, no names withheld, about what she experienced on the other side of the coverage that perpetually made punch lines out of her persona, her love life and her body. By sharing her side of the story, Simpson rewrote her legacy in pop culture, raising essential questions about the ways in which, as a society, we’ve both constructed and consumed women in the spotlight.

One of the most apt examples of this approach to taking back control of the narrative, and an early example of this rising trend, may be Demi Moore’s 2019 memoir, Inside Out. The prototype of an A-lister during the tabloid era, the actor was committed to laying bare even the most painful moments of her life in service of telling her full story, making for a read that was not only compelling but also nuanced in its bracing honesty.

To write her book, Moore re-examined the headline-making parts of her career—like once being the highest-paid female actor in Hollywood, and her highly scrutinized relationships with Bruce Willis and Ashton Kutcher—but she also explored intensely private aspects of her history: her turbulent childhood, her parents’ substance abuse, a heart-breaking miscarriage, her own on-and-off struggle with addiction.

“If I really wanted to be authentic, I needed to share my real experience,” Moore tells TIME. “To do that kind of glossy version would have cheated me out of the really cathartic and healing experience that it was.”

This new approach to celebrity memoirs extends to the writing process itself. Ghostwriters, typically the faceless forces behind many books by famous non-writers, are now becoming more visible, with celebrities openly teaming up with high-profile professionals. It’s a move that aligns with the hunger for realness from the people whose images appear on the books’ covers.

Pellegrino, a celebrity ghostwriter himself who worked with reality-television stars Ariana Madix and Tom Sandoval on their book, encourages that candor. “It’s best when a celebrity is honest and open about who they’re working with for their memoirs,” he says. “The audience knows that—it just helps the celebrity seem more authentic.”

Optics aside, a good collaborator can also elevate a project. Although Mariah Carey is notable for her prolific songwriting, she turned to veteran editor and writer Michaela Angela Davis for help with crafting her 2020 book, The Meaning of Mariah Carey. The choice was fitting: Who better to co-write a memoir that explored Carey’s racial identity and time in the music industry than Davis, a former editor for Essence and Vibe? The result was a book that effortlessly channeled both Carey’s balladic songwriting style and her trademark humor in telling the story of how a chaotic childhood helped shape the superstar.

Likewise, Moore reached out to Ariel Levy, a journalist at the New Yorker, to work on Inside Out, noting that because she wanted to ensure that her memoir would be a “good book,” she wanted a collaborator with experience. That Levy had also lost a pregnancy, which she wrote about in her own 2017 memoir The Rules Do Not Apply, provided a point of deep connection and trust for the pair, both of whom consider the book to be a true collaboration. For Levy, Moore’s opportunity to reclaim the narrative was one of the highlights of the work.

“Anybody who’s had a public persona knows that they’re not in charge of it,” Levy says. “But with this story, she was calling the shots. It was thrilling to work on it with her because she knew that it was her story—she was really brave and really went there.”

That sentiment gets at the heart of why this new crop of books has resonated with both those who are pop culture-obsessed and those who are simply in it for a good read. The appeal lies not in tabloid-style nuggets of gossip, but rather within the wholly relatable power of sharing your story on your terms. 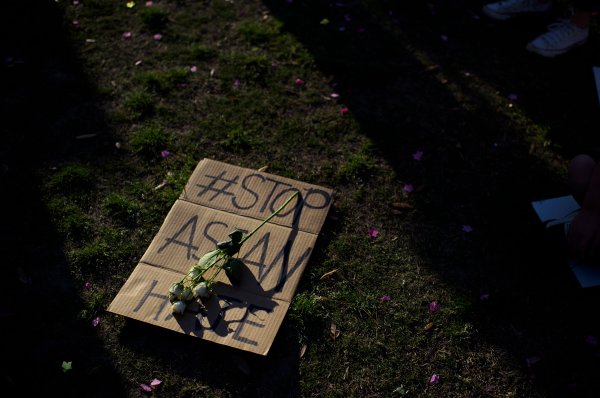 The Pressure of the Model Minority Myth
Next Up: Editor's Pick