It was the halftime show seen ‘round the world: pop icon Janet Jackson and ‘N Sync alum Justin Timberlake closing out the 2004 Super Bowl performance in Houston, Texas. But what began as a duet ended with Timberlake ripping off part of Jackson’s leather and lace bodice, briefly exposing her bare breast (save for a silver nipple shield) to the stadium audience and more than 140 million viewers at home. The notorious moment effectively introduced “wardrobe malfunction” into the pop-culture lexicon and helped inspire the birth of YouTube, but it has also shaped both stars’ careers in the ensuing years.

Now, 14 years later, Timberlake is returning to the Super Bowl stage to headline his own show. His upcoming performance has reignited some of the feelings that arose at the time of what would come to be known as “Nipplegate” — especially from those who feel Timberlake skirted harsh criticism while Jackson shouldered the brunt of it. Ahead of Sunday’s halftime show, here’s a refresher on what happened the last time Justin Timberlake performed at the Super Bowl, what he’s said about it since and why some people want him to apologize before he performs there again.

What happened at the Super Bowl XXXVIII halftime show

Janet Jackson headlined the 2004 Super Bowl halftime show, recruiting multiple guest artists including Diddy, Jessica Simpson, Kid Rock and Timberlake. During the final moments of the performance, the duo performed a duet version of his song “Rock Your Body,” which includes the lyrics, “Bet I’ll have you naked by the end of this song.” While singing these lyrics, Timberlake tore off the right cup of Jackson’s leather bustier, exposing her bare breast. Immediately afterward Jackson, appearing visibly shocked, covered herself with her hand while CBS cut to a shot of the stadium.

While some speculated that the moment was pre-meditated as a publicity stunt, others pointed out that perhaps the red lace fabric that came off with the leather was actually supposed to stay on, covering Jackson’s accessorized nipple — a theory Jackson’s publicist Stephen Huvane later confirmed to the New York Times. But no one could have anticipated the backlash the “wardrobe malfunction” would inspire. For his part, Timberlake told Access Hollywood in the immediate aftermath, “We love giving you all something to talk about.”

What happened following the Super Bowl

Immediately following the broadcast, the major players behind the production — the NFL; CBS, which aired the game; and MTV and Viacom, which produced the halftime show — released statements. NFL executive vice president Joe Browne said, “We were extremely disappointed by elements of the MTV-produced halftime show. They were totally inconsistent with assurances our office was given about the content of the show.” He added that it was “unlikely” that MTV would be involved with another show in the future.

CBS emphasized that the moment was not what had been rehearsed, saying, “We attended all rehearsals throughout the week and there was no indication that any such thing would happen. The moment did not conform to CBS broadcast standards and we would like to apologize to anyone who was offended.” MTV and Viacom reiterated this statement, saying, “The tearing of Janet Jackson’s costume was unrehearsed, unplanned, completely unintentional and was inconsistent with assurances we had about the content of the performance.”

The day after the Super Bowl, Jackson was asked by CBS to release a statement about the incident, while Timberlake was not. “The decision to have a costume reveal at the end of my halftime show performance was made after final rehearsals. MTV was completely unaware of it. It was not my intention that it go as far as it did. I apologize to anyone offended – including the audience, MTV, CBS and the NFL.” The next day, the networks asked her to release a video statement that emphasized her part in changing the performance. Timberlake was not asked to make a video statement.

Later that week, Timberlake gave an interview to KCBS, denying that it was a publicity stunt and distancing himself from the incident: “The fact of the matter is, I’ve had a good year, a really good year, especially with my music, even me personally. I don’t feel like I need publicity like this. And I wouldn’t want to be involved with a stunt, especially of this magnitude. I immediately looked at her, they brought a towel up onstage, I immediately covered her up. I was completely embarrassed, just walked off the stage as quick as I could.”

The FCC received over 500,000 complaints about the halftime show and fined CBS $550,000, a fee that was eventually dismissed after eight years and a visit to the Supreme Court, with Michael Powell, the then-chairman of the FCC, calling the moment a “classless, crass, and deplorable stunt.”

Later, MTV’s then-chief executive Tom Freston told Reuters that “Janet Jackson engineered it.” CBS also focused the blame on Jackson by refusing to promote her music or videos on any of their TV or radio properties, including MTV and VH1. When the Grammys rolled around shortly after the Super Bowl, People reported that Jackson was pressured by CBS, which also aired the Grammys, not to attend — under threat of rescinding her invitation — despite the fact that she had been asked to present a Luther Vandross tribute. Timberlake attended the ceremony and won two awards that night, using his acceptance speech to offer a joking half-apology for the incident: “I know it’s been a rough week on everybody,” he said. “What occurred was unintentional, completely regrettable, and I apologize if you guys were offended.”

How it’s affected Timberlake since

Over the last 14 years, Timberlake has solidified his position in the music industry, winning nine Grammys and releasing commercially and critically successful albums including 2006’s Futuresex/Lovesounds. His latest album, Man of the Woods, was released Feb. 2 in advance of the halftime show. He’s also commented, albeit vaguely, on Nipplegate multiple times.

In 2007, he acknowledged to MTV that Jackson was unfairly blamed for the incident: “In my honest opinion now…I could’ve handled it better. I’m part of a community that consider themselves artists. And if there was something I could have done in her defense that was more than I realized then, I would have. But the other half of me was like, ‘Wow. We still haven’t found the weapons of mass destruction, and everybody cares about this!’ If you consider it 50-50, I probably got 10 percent of the blame, and that says something about society. I think that America’s harsher on women. And I think that America is, you know, unfairly harsh on ethnic people.” Two years later, in 2009, he told Entertainment Weekly: “I wish I had supported Janet more. I am not sorry I apologized, but I wish I had been there more for Janet.”

Timberlake spoke about the incident recently, when he appeared on Zane Lowe’s Beats 1 radio show in January. He said that he “made peace of the whole thing.” He continued, “It’s just something that you have to look back on and go, ‘OK, you can’t change what’s happened, but you can move forward and learn from it…It’s just one of those things were you go, like, ‘Yeah, what do you want me to say?’ We’re not going to do that again.” He also shared that he had “resolved the situation” with Jackson. “I don’t know that a lot of people know that. I don’t think it’s my job to do that because you value the relationships that you do have with people.” He also confirmed during his Super Bowl halftime show press conference that Jackson will not be a guest performer.

How it’s affected Jackson since

Things after Nipplegate were much different for Jackson than they were for Timberlake. Her album Damita Jo, released in the months following the 2004 Super Bowl, went platinum but didn’t achieve the same measure of commercial success she had had in the past, which many argue was related to the decision by Clear Channel Communications, which owned CBS and MTV, to blacklist her. Neither did she get the spike in listener engagement that artists like Beyoncé, Bruno Mars and Katy Perry experienced following their halftime shows. Though she’s been nominated, she hasn’t taken home a Grammy since the incident.

In 2004, she told Diane Sawyer on Good Morning America that she had “moved on from it,” going so far as to say, “I don’t really want to talk about it ever again.” Unfortunately, it proved difficult to avoid. In 2006, she spoke about it with Oprah Winfrey, saying that she found the focus on the brief instant “absurd.” She agreed when Winfrey suggested that Timberlake had left her to take the blame “to a certain degree” and that the blame had been focused on her. “I think they did put all the emphasis on me, as opposed to us.” During the interview, she also shared that while Timberlake had reached out to her, she hadn’t spoken to him as of that time. “Friendship is very important to me, and certain things you just don’t do to friends. In my own time, I’ll give him a call.”

In 2018, when asked to participate in an article about the 2004 halftime show by USA Today ahead of Timberlake’s Super Bowl performance, Jackson’s rep offered no comment.

Why people are demanding #JusticeForJanet

While both Timberlake and Jackson have addressed the incident and moved on with their careers, fans haven’t forgotten about the ways in which the lack of blame on Timberlake coincided with a boost to his solo music career. Many further point out that this career has benefitted from being largely modeled after, in both sound and style, Jackson’s brother, the late, great Michael Jackson. (Timberlake even won the 2013 MTV Michael Jackson Video Vanguard Award.)

Many have been critical of Timberlake’s embrace of R&B, calling it an appropriation of black music and culture. This sentiment surged when Timberlake tweeted that he was “inspired” by a speech that actor and activist Jesse Williams gave during the 2016 BET Awards, in which Williams called out white people for “extracting our culture, our dollars, our entertainment like oil” and “ghettoizing and demeaning our creations then stealing them.”

One journalist quoted Timberlake’s tweet, using it as an opportunity to ask him about the politics of his benefitting, as a white man, off of black culture, and pointing out that he had never apologized to Jackson for making her take the majority of the blame for Nipplegate.

In a now-deleted tweet, Timberlake responded by writing: “Oh, you sweet soul. The more you realize that we are the same, the more we can have a conversation. Bye.” This response was not well-received by fans online, many of whom called him out for what they considered a tone-deaf statement. He later issued an apology via Twitter.

The uneasy sentiments flared up again after it was announced in October 2017 that Timberlake would headline the 2018 Super Bowl halftime show. Fans created the hashtag #JusticeForJanet, which they used to share why they felt that Timberlake should apologize and be held accountable for his role in the treatment of Jackson following incident. The hashtag has especially flourished in the midst of movements like #MeToo and Time’s Up, which call for widespread reform when it comes to issues like gender inequality. 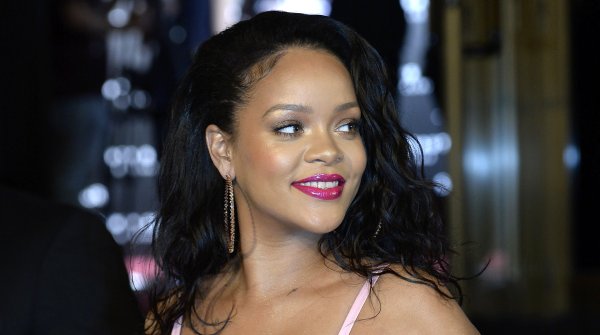 Rihanna Calls on World Leaders to Fund Children's Education
Next Up: Editor's Pick