Women Are Often Told to Just Be Themselves. Here's Why That Advice Can Be Dangerous

Singer Cardi B is seen in Soho on October 10, 2019 in New York City.
Raymond Hall—GC Images
Ideas
By Alicia Menendez
Alicia Menendez is an MSNBC anchor and the author of The Likeability Trap: How to Break Free and Succeed as You Are.

I didn’t realize how deeply I had fallen down the rabbit hole of motherhood until I was on the dance floor at one of my best friend’s weddings and a song came on that I had never heard. The other bridesmaids knew every lyric (and the song is catchy enough that midway through I too knew the chorus) but it was like an alarm bell went off: tune back into the world or you are going to lose touch fast.

I woke up the next day, my feet sore from dancing in heels, with that track in my mind, on repeat. The song was “Bodak Yellow,” the artist was Cardi B, and as has happened before in my life, I was several years late to the party.

We live in a moment when it can feel like everything is manufactured. In our hypertargeted world where even authenticity feels performed, there is Cardi, the part-Dominican stripper turned internet celebrity turned reality TV star turned world-famous rapper from the South Bronx, who constantly stuns with both her music and her very unfiltered Instagram videos. Whether she is a contrived genius, an accidental phenom or the realest of the real, whatever she brings is resonating. She has 52.4 million Instagram followers. “Bodak Yellow,” her debut single, has gone platinum seven times over. She is the only woman ever to win a Grammy for Best Rap Album as a solo artist. Sidney Madden, an NPR editor, dubbed the velocity of Cardi’s ascent the “Cardi B Effect,” and described it as “a branding power rooted in specific authenticity.”

So, I wonder, can the “Cardi B Effect” apply to a woman who wants to be a tenured professor or a management consultant? Can a regular girl from the Bronx grow up to occupy the C-suite in a corporation? Can a woman, especially a woman of color, ascend to those levels while still being fully authentically herself? Let’s put aside for a moment the incredible socioeconomic, educational, and systemic barriers that a woman of color who grows up in poverty needs to overcome to ascend to a position of power. Let’s also ignore the reality that (with rare exceptions) most professional jobs require advanced degrees, which require navigating through colleges and universities, and experiencing the initial cultural rinse-and-repeat of becoming an educated, upwardly mobile worker.

Most professionals outside of the creative fields would never get hired if would-be employers checked their social media profiles, an increasingly regular practice, and found Cardi-style missives on waxing or footage of them twerking. Most workplaces have standards of what is “appropriate” that would very much confine the physical and verbal flourishes of Cardi. In the movie Working Girl, Tess, the secretary turned executive, needs to tamp down her Staten Island accent and tone down the feathered bangs to be seen as a leader. She’s still herself, perceptive and street savvy, but to pass, she has to shorten her vowels.

Rita, a media executive, has a former manager who wrote a memoir that included references to their shared place of employment. In it, he made only one reference to Rita, but he got her ethnicity wrong, and then portrayed her as angry. We all know how well anger works for professional women, and how especially difficult it is for women of color to overcome the stereotype that they are angry. Not only did Rita’s manager insult her by misidentifying her and by caricaturing her, he included no positive details. He didn’t highlight her work ethic, her savvy or her ear for a story. He didn’t detail the painstaking hours she put into their shared projects. He made her a one-dimensional character intended to advance his own plotline. For Rita, who has spent her entire career navigating white male spaces as a black woman, the experience was just additional confirmation that as much as she had performed the niceties of corporate media culture, she would always be one exchange away from being reduced to a caricature of a girl from one of the B boroughs.

Maybe that’s part of why people are so intrigued by the “Cardi B Effect” — because we want to believe that someone can be rewarded for being so radically themselves. When many of us walk around the world with a culturally mandated filter, there is something unfamiliar about watching someone else just go for it, and then get it precisely because they are the things we’ve been told we cannot be if we want to succeed. It is a nod to this moment of transition and upheaval: we see the promise of expansive inclusion on the horizon, being pushed forward by a wave of cultural and generational shift, and yet for many of us, it all still seems like a distant mirage.

For women, and for anyone with a minority identity, being told to “be ourselves” at work feels a bit like a dangerous dare. Roll the dice and see if your authenticity resonates. If it does, you might reap great rewards. If it does not, your authenticity will be used against you as proof that you were never a fit.

I’ve often appeared on Sunday morning political talk shows as the only guest who is under 40, female and part of a minority group. I am there, in part, to offer a perspective from an underrepresented sample. I was once encouraged by an executive to convey my youth both in tone and in attire. But anyone who tells you to wear a T-shirt on This Week with George Stephanopoulos cannot imagine how intimidating it is to bear yet another marker of difference, another reason for the audience and those around the table to discount your analytical contributions. In those moments, a blazer and a sensible blouse become your armor against anyone who thinks you and your perspective are not worthy of a seat at the table.

One morning, I was sitting in the makeup room next to Democratic strategist Donna Brazile, prepping for This Week. “Can you make me look less tired?” she asked the makeup artist playfully.

“Everything okay?” I asked.

“I never sleep before these shows,” Donna admitted.

This shocked me. Sure, I didn’t sleep, but I was a relative newbie. Donna had lived through more political history and done more of these TV hits than most elected officials. She could do this in her sleep.

“You know the one day I don’t stay up all night will be the day they start talking about page three of the Federalist Papers.”

We laughed. I felt better. Imagining Donna Brazile studying a James Madison essay made me feel less pathetic about my compulsive need to prepare for every possible outcome, however improbable. It also turned my stomach upside down: what if Stephanopoulos asks about Alexander Hamilton’s case for a one-person chief executive as outlined in Federalist No. 70?!

A few minutes later, as if to put an exclamation point on my exchange with Donna, Newt Gingrich, the Republican former Speaker of the House, another guest on the panel, confidently rolled into the greenroom and asked, “So, what are we talking about today?”

This is part of the conundrum for those of us who want to be ourselves, want to be liked, and also want to be taken seriously. When organizations tell workers to be themselves, they often ignore the reality of how hard it can be for young people, for minorities, for LGBTQ individuals, and for women at large to develop credibility in the workplace. If you sit at the intersection of any combination of those identities, it can be even harder. We know that when we enter a room, there are assumptions made about us, and many of us go to great lengths to undercut those assumptions. We know that we must always be prepared. We cannot afford to slip up. “Be yourself” is only a safe declaration for those who are assumed to be competent, qualified, and powerful. 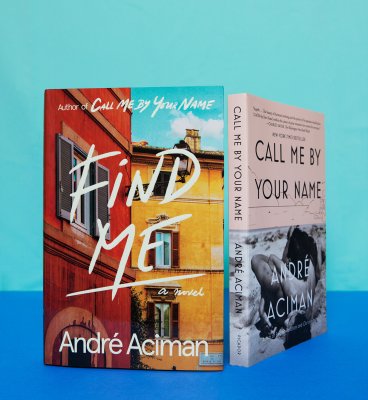 Answering All Your Burning Questions About the Call Me By Your Name Sequel, Find Me
Next Up: Editor's Pick