Between her soaring five-octave voice and her highly memed reputation as a diva, it could easily be forgotten that Mariah Carey is also one of the most prolific songwriters and producers of all time. Throughout her three-decade career, Carey’s technical perfectionism and lyrical prowess have proved winning again and again, netting her 19 number one hits—18 of which she wrote, thank you very much. That attention to detail is echoed in her new memoir, The Meaning of Mariah Carey, a carefully constructed reflection on her life so far.

Co-written with former Essence editor Michaela angela Davis, the book is a page-turning guide to the public narratives and intimate moments that Carey has long hinted at in her song lyrics. It’s less a book of major reveals than one that provides depth and valuable context around the experiences of a star whose traumas make headlines and whose soundbites and facial expressions are internet gold. Carey charts the journey of her life by using milestones in her musical career as chronological markers, ranging from learning to sing as a toddler from her mother, a former opera singer, to meeting Tommy Mottola, the then-Sony Music CEO who offered Carey her first major record deal when she was 18 years old. The two married five years later and divorced in 1998.

The memoir also gives endearing insight and depth into Carey’s over-the-top persona and the many “Mariah-isms” that helped transform her in the public eye from a capricious pop princess to a revered pop culture icon. Carey’s extreme enthusiasm for Christmas, her lavish apartment (featured in the best ever episode of MTV Cribs), her affinity for good light and her refusal to acknowledge time—all written off as eccentricity or ostentation in her youth—are now celebrated as evidence of why she is the greatest living diva of her generation. It’s an evolution made possible in part by the rise of internet culture and the Lambs (her longtime legion of die-hard fans, so named for one of her favorite terms of endearment), but mostly by Carey’s unapologetic commitment to live life on her terms.

Take, for example, Carey’s oft-cited claim that she is “eternally 12.” She opens the book with this seemingly light-hearted bit, but soon uses it to delve into the sobering details of her rocky childhood. Music became her refuge from the dark realities she describes: her parents’ divorce, her mother’s neglect, her abusive siblings and the racism leveled at her as a biracial girl growing up poor in the largely white, affluent suburbs of Long Island. In one painful passage, Carey remembers how a group of white classmates invited her to a sleepover in the Hamptons, just to call her the N-word. Her recollections from the age of 12, which include allegations that her now-estranged older sister tried set her up with a pimp, gave her third degree burns and offered her cocaine, suggest that her focus on this specific age is not a happy reminiscence on that time in her life, but instead a desire to heal from it. That desire to survive and rise above her circumstances is apparent throughout the book, from her marriage and bitter divorce from Mottola to the physical and mental breakdown she suffered after her infamous 2001 TRL appearance, a promotional stunt gone wrong that ended in cruel tabloid coverage.

Sharing her life’s most difficult moments is when Carey exacts as much precision—and careful editing—with telling her story as she does in laying down a track. Heartbreaking tales of her estranged siblings and her mother’s recurring betrayals and treatment of her as “an A.T.M. with a wig on” reveal Carey’s emotional depth and sensitivity, as do instances of Mottola’s controlling behavior, which are told to harrowing effect. In one particularly disturbing memory, Carey uses vivid, exacting prose to describe the terror she says she felt when Mottola held a butter knife to her throat while his friends looked on. But Carey fans will notice that she obliquely references or completely avoids certain other unfortunate life events. While writing about the TRL fiasco and subsequent flop of her film Glitter, which led to her breakdown and a hospitalization, she omits any mention of her diagnosis of Bipolar II disorder, a reality she discussed publicly in 2018. Instead, she shares that a therapist at the time diagnosed her with “somatization,” the physical symptoms of her psychological distress. And Eminem, the purported subject of her hit diss track “Obsessed” and a longtime source of controversy in her life, is left out completely. At times, Carey’s omissions speak louder than her anecdotes. While she shares plenty of heartrending stories, she remains selective about the vulnerabilities she exposes. It’s a measured study in controlling the narrative—a luxury she didn’t have for most of her time in the spotlight.

Omissions aside, The Meaning of Mariah Carey is at its best when Carey indulges in reliving the pure moments of joy she’s found amid the challenges and flashing lights of her life: cruising uptown in the wee hours of the night with Dipset, making out with Derek Jeter in the rain during the early days of their clandestine affair, escaping Mottola’s overbearing watch by taking a secret joyride to Burger King with her best friend Da Brat. Likewise, Carey’s healthy sense of humor when it comes to her longtime reputation as a diva provides plenty of delightful moments, including her writing about the origins of her beef with Jennifer Lopez, without using Lopez’s name. For those unaware, a 2003 interview in which Carey says, “I don’t know her,” about Lopez, has become an iconic meme—the peak example of what shade properly thrown looks like. Through her writing, Carey shows that she is both appreciative of and endlessly amused by the internet’s obsession with her personal quirks.

Like one of her perfect pop tracks, The Meaning of Mariah Carey is a careful construction. While the book reflects on her triumphs and tragedies, we only see as much as she wants to reveal. But that’s not a bad thing. What Carey presents to us is the wholly entertaining tale of a woman who made a harmony out of the discordant elements of her life. 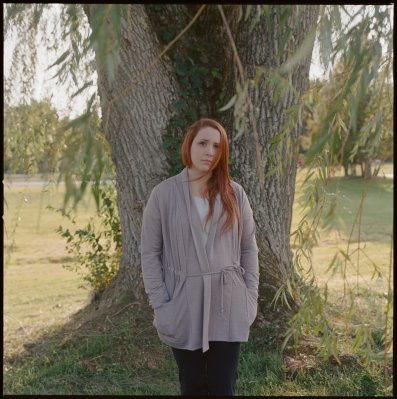