The World Has Failed Myanmar, So Now Its Youth Are Stepping Up

Myanmar youth protesters make the three finger salute on the street during a demonstration against military coup in Yangon, Myanmar on February 5, 2021.
Myat Thu Kyaw/NurPhoto via Getty Images
Ideas
By Brian Wong
Brian Wong is a DPhil in Political Theory candidate at Balliol College, Oxford, and a Rhodes Scholar from Hong Kong. They are the founder of the Oxford Political Review.

With the democratization of its institutions supposedly underway, and a Nobel Peace Prize laureate at the helm in the form of Aung San Suu Kyi, the world for many years assumed that Myanmar was on the path toward a liberal, more inclusive future. The E.U. suspended sanctions on Myanmar in 2012; the Obama administration lifted them four years later, ending decades of isolation for the Southeast Asian country of 54 million.

But in failing to keep up the pressure on the generals—and in crucially underestimating their obstinacy when it comes to holding onto power—the world has done Myanmar a disservice. The authoritarian, kleptocratic structure of the Tatmadaw, as Myanmar’s military is officially known, was allowed to remain intact, waiting for another chance.

It wasn’t long in coming. The international demonization of Suu Kyi—over her failure to protect the country’s Rohingya minority from bloody persecution—left Myanmar’s leader critically weakened at home. Suddenly she was no longer an untouchable, Western-backed political celebrity but a global pariah. World leaders and rights groups that once idolized her now deserted her in droves; so did the Holocaust Museum and her alma mater. Domestically, she lost the support of progressive activists and ethnic minorities. On Feb. 1, the generals pounced and declared a year-long state of emergency, using as a pretext their dissatisfaction with the results of elections held three months previously.

The West may have blundered in its handling of Suu Kyi. To be sure, the Rohingya crisis was an ignominious episode for her but it is not as though the West did anything for the Rohingya either, beyond issuing condemnations. The threat to reimpose sanctions over the Rohingya crisis remained no more than that. It also backfired, strengthening the military’s claim that it was upholding domestic security against Western interference.

Through isolating Suu Kyi, the world succeeded only in helping Myanmar backslide into military rule. With her removal from the political equation, the country’s only hope now is its youth.

Protesters from all Burma Federation of Youth unions march ahead of other protesters during the military coup protest in Mandalay on Feb. 24, 2021.
Kaung Zaw Hein/SOPA Images/LightRocket via Getty Images

For decades, Myanmar’s democratic movement has been steered largely by the well-to-do, foreign-educated classes (Suu Kyi, for one, graduated from Oxford in Philosophy, Politics, and Economics). This time, it’s different. As tear gas and bullets fly, students from the affluent suburbs of Yangon and Mandalay, the country’s two biggest cities, are being joined on the barricades by fresh-faced office and factory workers and young miners from the jade diggings of Kachin.

Many are tired of the West’s virtue signaling and lack of real support—and are equally disillusioned with Suu Kyi’s party, the National League for Democracy (NLD). Inspired by similar protests in the region, they are attempting to develop a decentralized movement to paralyze the country and force the army to come to the table.

The challenges facing them are almost insurmountable. Most glaring are the movement’s lack of financial and other resources and the enormous disparity in strength with the military—a wily organization, deeply experienced in the use of divide-and-conquer tactics as a means of neutering political opponents.

Even if the protesters were to succeed to some extent, they must deal with a political system that is ill-equipped to restrain the powers of an authoritarian executive. In a society stacked with entrenched corporate interests, they must also convince the business sector that the democratic path, not the military’s, is the right one to follow.

In all of this, the protesters have one trump card. The necessity of organizing collective resistance against a brutal, oppressive military has forced the young people of Myanmar to set aside their differences—ethnic or economic—for the first time and fomented the kind of unity that has long eluded the country.

If democracy is to be restored, it will come through this new solidarity and not through Suu Kyi, the NLD, or any form of international “help.” 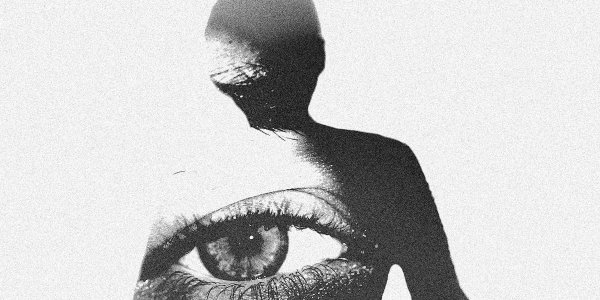 I Avoided Facing My Mental Illness for Decades. The Pandemic Changed That.
Next Up: Editor's Pick