'The World Has Not Forgotten Us.' A Rohingya Activist Speaks as Myanmar Faces Genocide Case

Wai Wai Nu, human rights activist from Burma and spokes person for the country's Rohingya minority, speaks at the opening press conference of the 2017 Oslo Freedom Forum on May 22 2017 at the Intercontinental Hotel in central Oslo.
Julia Reinhart—NurPhoto via Getty Images
By Wai Wai Nu

Wai Wai Nu is a Rohingya activist, former political prisoner, and founder of the Women Peace Network in Myanmar. Since her release from prison in 2012, Nu has dedicated herself to working for democracy and human rights, particularly on behalf of marginalized women and members of her own ethnic group, the minority Rohingya population. Originally from Rakhine state, Myanmar, she was named as a TIME Next Generation Leader in 2017, and is currently studying at Columbia University as an Obama Foundation scholar. This week, Nu is present at the International Court of Justice, the U.N.’s highest court, in The Hague, the Netherlands for hearings in a landmark case claiming Myanmar has violated the 1948 convention on the prevention and punishment of the crime of genocide. Myanmar’s de facto leader, Aung San Suu Kyi, is leading the country’s defense and said Wednesday that “genocidal intent cannot be the only conclusion.”

Being at The Hague this week is very painful and very emotional. It’s painful to see the person we regard as a leader, as a democracy icon and as a peace champion to stand there and defend the military and their crimes, while undermining the suffering of the people, undermining the tragedy and violence and denying our existence.

I’m very hopeful that this will lead to the actual justice processes. Many of us within Myanmar and outside Myanmar who work on human rights, peace and justice, and the Rohingya from all over the world are very excited to see this. This is the first time that we have gotten a chance to open up and discuss openly, to acknowledge the suffering and to have the chance to listen to everything together. This process may take a long time, but this is an opening and this is the beginning.

My family living in Rakhine have been in a living hell, living in open prisons in their own villages without even having a right to rebuild their houses. My aunties and uncles are trapped in Internally-Displaced Persons camps in Sittwe, and my young cousins are living in the camps without having access to education and employment opportunities. They have been deprived of their dignity and freedom. They are being denied of having a life to enjoy like other human beings.

My grandmother is 86 years old, and she has health problems but no access to healthcare. The restrictions on movement mean she can’t go to the hospital properly, and there aren’t proper health care facilities for the Rohingya at all.

My grandma has lived in her village in Buthidaung, Rakhine state for her entire life. She had a rich experience growing up there; she was kind of a queen in her village when she was younger, the family was rich and educated, they took care of the entire village and city and they owned a lot of land.

Luckily her house was not burnt when the whole village was attacked in 2017. That was the first time that she called us and she said just bring me wherever you can. It was the most painful words from her that we have ever heard. My grandmother never wanted to leave her village or her home because our ancestral home and graves are there, our heritage is there. Now she is an outsider and living like a prisoner in her own home without having enough access to food and healthcare.

When it comes to core human rights violations, such as genocide, crimes against humanity and war crimes, the international community has a responsibility to protect under international laws. At the same time, all of us as human beings have a responsibility to cherish our life and our existence, our humanity and to protect it. It is essential that when persecutions happen in one place, we stand up and we help the existence and the rights of others.

Aung San Suu Kyi and perpetrators themselves have constantly denied the crimes and our existence itself for decades, so it is time for the international community to stand up. This experience has made me feel that the world has not forgotten us. We need more leadership for more persecutions and all violations around the world — not just the Rohingya.

I believe in the credibility of the court, and I believe that this will lead to the actual justice for the victims and reform in the country. The government of Myanmar will take the necessary actions under their obligations of the genocide convention, to prevent further atrocity crimes, to repair and compensate and bring justice for the victims. And more importantly, bring equality and peace for the Rohingya and other ethnic people in the country. This is what I am expecting and I am hoping to see. This is a moment where we have an opportunity to acknowledge, to realize and to repair.

As told to Suyin Haynes. This interview has been condensed and lightly edited for clarity. 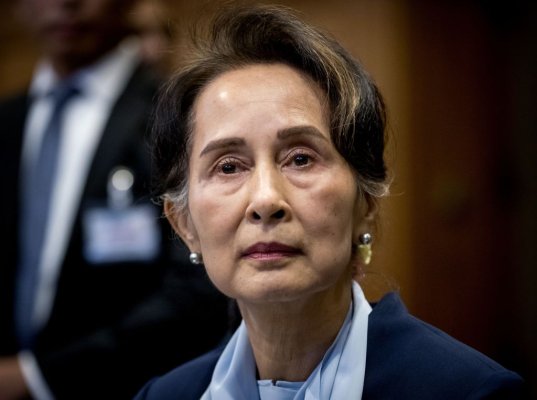