Donald Trump Is on His Way Out of the White House, But Not Our Lives

Donald Trump now has fewer than 24 hours to wield presidential power. By this time tomorrow, he will be in Florida — stripped of his unchecked right to issue pardons, unprotected against inevitable legal problems and relieved of the role leading a Republican Party that has bent to his will. Having tried and having failed to hold onto those powers, he is now ready to high-tail it out of the capital tomorrow morning before President-elect Joe Biden gets the keys to the White House again. That way, the plane ferrying him to West Palm Beach will carry the designation of Air Force One one last time, rather than the pedestrian Special Air Mission. He’ll be the first President in 150 years not to take part in the peaceful transfer of power.

Trump will be out of Washington. But he will not be gone from politics.

Trump will be leaving office as a certified sore loser. Americans now see him as a subpar President — quite an accomplishment for someone who won 74 million votes, a record for an incumbent seeking a second term. But his conduct since coming up short to Biden has soured Americans who tolerated his excesses in exchange for tax cuts and conservative judges. The tradeoffs were transparent, and plentiful. And they were something I could never quite wrap my head around over the last decade of following the man and years before that studying Republican politics.

In 2011, Trump dangled the threat of a presidential campaign over an objectively capable field of candidates. They all seemed too afraid to criticize Trump as a political neophyte and publicity grifter who didn’t really understand the game. As the votes got closer in 2012, then-former Massachusetts Gov. Mitt Romney, Texas Gov. Rick Perry, Rep. Michele Bachmann of Minnesota, former Alaska Gov. Sarah Palin, former Speaker Newt Gingrich and businessman Herman Cain all met with Trump, looking for his support. And yet Trump continued to harass them all, declaring himself the host of a debate that only former Sen. Rick Santorum and Gingrich said they’d attend.

Most of the candidates realized it was an ambush-in-the-making and stayed away. In protest of the slight, Trump quit the party, only to reassert himself as a player in the GOP storyline a few weeks later in Las Vegas. Trump had dangled an endorsement to Gingrich, whose team fully expected it but were then given the run-around at the last minute. The next day, in a made-for-TV cliffhanger, Trump announced he was backing Romney, who in turn gave a command performance at Trump’s hotel on the Las Vegas Strip.”There are some things you just can’t imagine happening in your life. This is one of them,” Romney said to nervous laughter.

It took four years, but Romney would eventually become one of the most credible critics of what Trump was doing to the GOP. It proved a lonely existence. By and large, we’ve largely grown numb to the familiar pattern of headlines and shock, followed by GOP indigestion and quiet reticence to say too much. The party choked back its nausea as Trump kept saying without evidence — but with plenty of malice — that Barack Obama was not born in the United States and thus was an illegitimate President. Party elders tiptoed around Trump’s race-tinged attacks and unmoored tweets. Trump knew his instinct for focusing a spotlight made him a king.

After covering Trump and the GOP field in 2011 and 2012, I was reluctant to indulge in the circus that he started to assemble in 2015. His kick-off speech may have been one of the most offensive campaign launches in the last century, a litany of grievances and slander. His campaign organization was thin and based on the 26th floor of Trump Tower. His spending seemed unfocused but headline-driven. His message discipline was, from the start and into today, non-existent.

I didn’t think American politics would tolerate his excesses: the falsehoods, the self-dealing, the wanton incompetence. I have watched expensive haircuts doom candidates’ phony populism, faux law-enforcement badges dog others, and a wardrobe upgrade reveal what handlers so desperately wanted to conceal. Surely, Trump giving kids rides on his helicopter at the Iowa State Fair would play poorly, right? And, yet, there was Trump, treating his Sikorsky helo like any other ride in the midway, and people loved it.

Trump seemed intent to break the rules even when they didn’t matter. When I attended my first Trump rally of 2015, it was in a Maserati dealer’s backyard near Boston. Trump insisted it wasn’t a fundraiser, even though the signs in the driveway by the red velvet ropes said it was. When Trump met with reporters, he said he wasn’t taking donations and was bankrolling the whole affair himself. Whether or not he actually believed what he was saying didn’t matter. Eventually, Trump had to refund the money from that night because it was handled in such a sloppy manner. It was an early sign that Trump and the details — even on minor things — weren’t always acquainted.

In the months that followed, Trump continued to leave me wondering if I had hit my head while I signed-in at the press table. There Trump was in Iowa, with the Rev. Jerry Falwell Jr. vouching for the thrice-married billionaire. He roared into New Hampshire, fastidiously campaigning in broad strokes in a state where voters read campaign policy plans’ footnotes. He arrived in South Carolina and attacked the Pope. It was as if Trump had consulted Jon Meacham and decided to do the precise opposite of the historian’s prescription.

It never relented during his 2016 campaign. He provoked female voters, insulted minorities and went into an open, one-sided war with journalism as an industry. He said Ted Cruz was born in Canada and like Obama disqualified from the White House, alleged Cruz’s father helped John F. Kennedy’s assassin and tweeted an unflattering side-by-side comparison of Heidi Cruz and Melania Trump. Cruz in turn led the #NeverTrump protests through the convention in Cleveland. Cruz finally flipped and endorsed — and days later, the Access Hollywood tape was released showing Trump bragging about sexual assault. If the Trump movement truly was the train as so many of his supporters believed, it seemed a magical vessel that was impervious to derailments.

Trump, it seems, has always had the last laugh. And I’ve never really understood how or why those close to him let the party be dragged so far from its historical mooring. Trump’s political party has been home to the likes of Dwight D. Eisenhower, who racially integrated the military; Trump started booting transgender servicemembers and harassing the Black Lives Matter protesters. Richard Nixon made the historic trip to China while Trump started a disastrous trade war with the Chinese that has cost almost a quarter-million American jobs. George W. Bush’s most positive accomplishment was to fund a global war on HIV/ AIDS, and Trump sought last-minute cuts to foreign aid.

There are signs that there are ways to cull Trump’s influence within the party. When it came time to bid farewell to Barbara Bush in April of 2018, he sent Melania Trump as the acceptable envoy from a First Family that took glee in trashing the patrician dynasty. A few months after Mrs. Bush’s passing, when George H.W. Bush was to be buried, the former President made a point of boxing in Trump and commanding his participation. Trump dutifully did what was expected. It was an exception to the rule, but one that proved that from time to time Trump will heel. It takes extraordinary resolve and careful planning, but surely Bush 41 is not alone in the GOP when it comes to being able to rein Trump in.

We can’t expect Trump to mellow at Mar a Lago. He has shown no signs of accepting his legitimate loss to Biden. He has a pending impeachment trial looming in the Senate, which may end up barring him from any elected comeback. And the legal and financial threats hanging in the shadows may come to the fore in quick order. A panicked Trump is one isn’t likely one to calmly exit the stage with grace. That has not been his style before and there’s no reason to think he will grow into the staid statesman we anticipate from former Presidents.

Nor should we expect Trumpism to fade with him safely ensconced at a cereal heiress’ estate that he will soon call his seaside castle. Trump’s followers won’t de-radicalize the minute Air Force One hits its cruising altitude. The headlines won’t ignore him. Trump plans a rally at Andrews Air Force Base before he departs in the morning and another when he lands in West Palm Beach, Fla. His legal powers may be gone. His political ones may be as potent as ever, especially if he doesn’t have to pretend to care about the norms. The danger that Trump represents doesn’t disappear when he crosses ZIP codes. 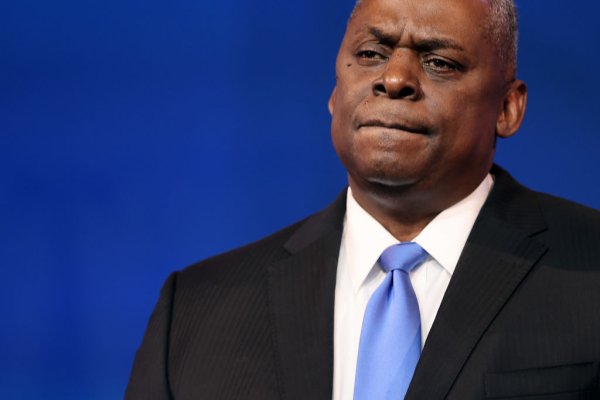