Why Republican Lawmakers Are Dividing Into Two Camps Over Election Reality

You’re probably still getting used to writing 2021 on your checks, but if you are closely watching Congress this week, it feels an awful lot like the start of 2024.

That’s because lawmakers with White House ambitions are treating the typically apolitical endorsement of the Electoral College’s vote as their introduction to a wider national audience. When both chambers of Congress meet at 1 p.m. tomorrow, expect at least a dozen lawmakers to try to derail the normally boring rollcall of states and dispute the results.

To be clear: Joe Biden won the election in November and has enough electoral votes to deserve the title President-elect. But President Donald Trump and his allies are, with varying degrees of sincerity, going forward with an ill-plotted and quixotic attempt to block Biden’s win and, in the process, dent his credibility.

In the potential field of 2024 GOP contenders, a clear dividing line has emerged. Let’s call them Team Denial and Team Acceptance.

Leading the Senate’s charge on Team Denial is first-term Sen. Josh Hawley, a Missouri Republican whose political ambition has drawn comparisons to Barack Obama, another Young Man in a Hurry type who went from the Senate to the White House in less than six years. Hawley has been a champion for Trump’s causes of late, including the effort to jam $2,000 in stimulus checks into the coronavirus relief package. He rightly recognizes how Trump has seized the Republican Party — at least for the moment — and clearly is trying to captain the last-ditch effort as a way to woo the MAGA crowd.

Joining that push are Sen. Ted Cruz of Texas, who competed bitterly with Trump for the 2016 nomination and whose 2018 re-election was in no small measure thanks to Trump’s late push on his behalf. Sen. Marsha Blackburn of Tennessee and Sen. James Lankford of Oklahoma are also in the mix: Both are rock-ribbed conservatives with big ambitions and deep followings among the party’s faith-based voters. Meanwhile, Sen. Ron Johnson of Wisconsin has been Trump’s steady ally in chasing damning information about the Biden family’s finances and ethics, as well as unfounded allegations of voter fraud, from his post as chairman of the Senate’s homeland security panel.

In the House, Team Denial has drawn support from more than 100 GOP lawmakers, including the usual suspects from the far right and also the likes of rising star Elise Stefanik, a former aide in the George W. Bush White House who has wrapped her arms firmly around the MAGA brand and worked as a member of Trump’s “Legal Defense Team” during impeachment, despite having no law degree.

Team Acceptance, meanwhile, has rallied behind Senate Majority Leader Mitch McConnell’s urging to only fight battles that can be won, and this is one Republicans simply will not prevail on. That’s why folks with 2024 potential like Sen. Ben Sasse of Nebraska and Sen. Tom Cotton of Arkansas have been openly critical of this attempt, while Sens. Marco Rubio and Rick Scott of Florida have tried to keep the efforts at arm’s length. Sen. Tim Scott of South Carolina, who is generating buzz as a Biden challenger, came out today as a critic of the feeble attempt to keep Trump in power. Others, even those without transparent 2024 ambitions like Sen. Mike Lee of Utah, have not been spared, either, for perceived lapses in loyalty.

In the House, Team Acceptance has managed to recruit even some members of the typically-Trump-aligned Freedom Caucus, using the argument that each state runs its own election, and the federal government has no constitutional role in overturning their efforts.

It’s easy to see the risk in their position. About two dozen Trump supporters gathered outside Rubio’s West Miami home over the weekend demanding he join Team Denial. Trump singled out Cotton by name in a tweet yesterday, calling him a member of the “Surrender Caucus.” A few hours later, he spotted Lee in the audience for a rally in Dalton, Ga. “I’m a little angry with you today,” Trump snarled.

Jim Watson—AFP/Getty ImagesSupporters of democratic candidates for Senate Jon Ossoff and Raphael Warnock listen to President-elect Joe Biden speak during a rally in Atlanta, on Jan. 4, 2021.Picking a side has been a headache for ambitious politicians who will have to go on the record tomorrow about this while a pro-Trump rally is scheduled on the lawn between the White House and the Washington Monument, a space typically known for hosting the National Christmas Tree. Trump is expected to speak to that “Stop the Steal” rally and has been promoting it for weeks.

Team Denial’s tomfoolery is a demonstration of devotion to Trump, who continues to stammer in disbelief that he did, in fact, lose. Trump’s rage is unlikely to go away when Jan. 21 arrives, either. Last night, during a rally nominally in support of today’s runoff Senate races in Georgia, Trump continued to allege that Democrats stole the election from him, election machines were rigged, vote auditors were corrupt and massive voter fraud let dead people cast ballots. (Trump’s legal team and allies have produced no evidence that any of this made an appreciable difference to the election and even Trump’s own Supreme Court picks declined to hear his case.)

But Team Denial isn’t so much nutty as it is opportunistic. At the rally in Dalton, Trump demonstrated how he may continue to brandish his petty side once out of office: he taunted the incumbent Republican Governor and Secretary of State, both of whom are Republicans and neither of whom will bend to Trump’s demands of a different outcome. For candidates looking at 2024 or beyond, poking the bear that is Trump may prove a mistake if he continues to roar past his term. It’s why the likes of Hawley and Cruz are sidling up to him in a transparent virtue signal to Trump’s loyalists.

But Team Acceptance might be playing a longer game. Trump was a political force unlike anything seen in a generation. But — much like ballots, despite the President’s assertion — they cannot be duplicated. The Republican Party’s Establishment wing has made clear it’s time for Trump’s tantrums over the results to end. His legal team’s baseless claims had many, many days in court and found no bench willing to humor his allegations of changed out equipment, ballots dumped in rivers en masse or massive dumps of xeroxed Biden ballots.

The Establishment, which tried furiously four years ago to deny Trump the nomination but caved once he was the guy, still controls the party’s power centers and will be meeting at the end of the week in Florida to plot strategy in a post-Trump world. You can bet there will be plenty of MAGA holdovers. But for Republicans, the effort to defeat Biden needs to begin soon. And it isn’t obvious that Trump, who had every advantage in politics coming into this year and still lost, will be able to muster the fear as he did for the last four years. 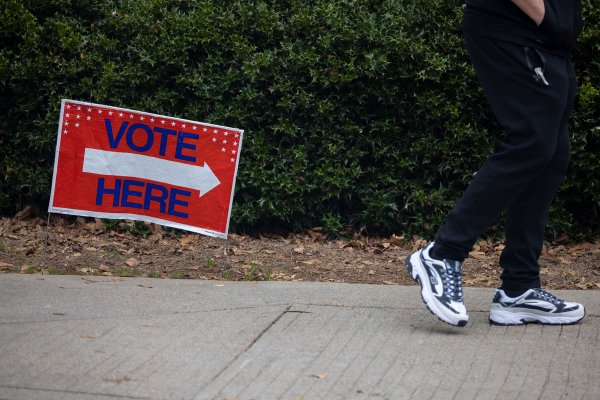