Elle Fanning in 'The Great'
Hulu
By Judy Berman

In 1744, 15-year-old Sophie von Anhalt-Zerbst—the daughter of a broke Prussian prince—traveled to Russia, wed a man destined to become Emperor Peter III and was rechristened Catherine. Her husband was a boorish alcoholic, the relationship a gauntlet of humiliation. Both spouses took lovers. And mere months into a reign that began in 1762, his brilliant wife forced him to abdicate in a bloodless coup (though he was subsequently assassinated). One of Russia’s most influential rulers, Catherine the Great reigned for over 34 years.

It’s kind of a funny story: a penniless teenage girl bides her time in a terrible arranged marriage until she’s positioned to hijack an empire—and actually triumphs. Tony McNamara, who co-wrote Oscar darling The Favourite, certainly sees the humor in it. As creator of Hulu’s The Great, premiering May 15, he offers another droll, raunchy, yet sneakily insightful account of 18th century court intrigue. It isn’t quite the perfectly paced masterpiece that movie was; some episodes drag, including a smallpox romp that’s more tiresome than timely. Still, its witty dialogue and lively performances yield a sharp, fun dramedy.

Billed as “an occasionally true story,” The Great condenses history for maximum entertainment value. McNamara’s Peter (Nicholas Hoult) is already Emperor by the time Catherine (executive producer Elle Fanning) comes into his life. Equal parts Eleanor Roosevelt, Tracy Flick and Sofia Coppola’s Marie Antoinette, she arrives with visions of swooning romance, only to endure an abrupt, mechanical consummation as Peter chats with a pal. He already has his favorites, and she isn’t one of them. The snarky, superficial women who make up the palace’s mean-girl contingent don’t like her, either.

Though she dreams of creating a more educated, civilized Russia, Catherine’s husband wants only to eat, drink and fornicate himself into a stupor. So she begins plotting a putsch with help from a timid policy wonk (Sacha Dhawan) and a disgraced aristocrat who is now her maid (Phoebe Fox). Hoult—who’s played monsters since his chilling turn as a sadistic high schooler in British teen drama Skins and was wonderfully vile in The Favourite—makes an exhilarating villain. Reimagined as the son of Peter the Great (he was really the Emperor’s grandson), this Peter behaves brutishly because he knows, deep down, that he can never equal his father.

Nicholas Hoult in 'The Great'
Hulu

Some viewers will surely see the character as a riff on America’s current leader, but don’t let those parallels distract you from what’s going on beyond Hoult’s gleeful performance of narcissism. This is Catherine’s story. And it’s among the best of many recent pop-cultural reconsiderations of legendary women from centuries past; last year, HBO cast Helen Mirren as the Empress in the stiff period drama Catherine the Great. From The Crown to Victoria, we can’t seem to get enough queen TV.

Yet my favorite portrayals of groundbreaking women are, like The Favourite, Marie Antoinette and now The Great, at least partially humorous (see also: Apple TV+’s messy, thrilling Dickinson). There’s bleak comedy in the perennially relevant stories of women born into power or genius who nonetheless spend their lives battling—if not just enduring—mediocre men who believe them to be fundamentally inferior. At least Catherine’s has a happy ending. 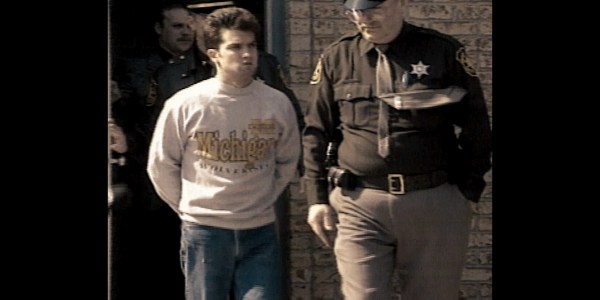 The Sensationalized Cases in Trial By Media
Next Up: Editor's Pick