Having held the title from 1933 to 1945, Eleanor Roosevelt was the longest-serving First Lady in U.S. history. What she did with the office was impressive: by crisscrossing the country to promote President Franklin D. Roosevelt’s agenda, and by producing a radio show and newspaper column, she showed that First Ladies could play an active part in Executive Branch affairs. And yet she left an even greater legacy after her time in the White House ended.

When FDR died in 1945, his successor, Harry S. Truman, appointed the erstwhile FLOTUS to be America’s first delegate to the newly created United Nations. As chair of the U.N. Commission on Human Rights, she worked in the years after the Holocaust to prevent future world wars and spearheaded the Universal Declaration of Human Rights, which the General Assembly adopted on Dec. 10, 1948. Its statement that “All human beings are born free and equal in dignity and rights” is still considered a foundation of international human-rights law. It’s no wonder she called that work her “most important task.” —Olivia B. Waxman 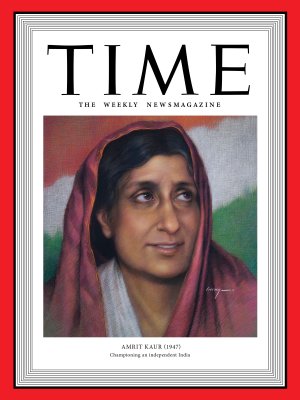