The Favourite Is a Wicked Delight Filled With Marvelous Performances

Greek director Yorgos Lanthimos has drawn acclaim with a handful of love ’em or hate ’em pictures, including Dogtooth (2009), The Lobster (2015) and The Killing of a Sacred Deer (2017). At his best, he’s a solid deadpan satirist, like a more acidic Buñuel; at his worst, he’s a cinematic sadist, seemingly seeking only to wish you and yours a very, very bad day. But it would be a mistake to prejudge Lanthimos’ latest film, The Favourite, playing in competition in Venice, on the basis of what he’s done before. The Favourite is a wicked delight, a fantastic little cupcake of a movie laced with thistle frosting. This period drama or comedy, depending on your mood, is sort-of based on fact, gorgeous to look at, and features a trio of marvelous performances, from Rachel Weisz, Emma Stone and English actress Olivia Colman. If you’re into treachery, manipulative erotic escapades, and flamboyant early-18th-century fit-and-flare shooting outfits for ladies (courtesy of costume goddess Sandy Powell), The Favourite is the movie for you.

Colman—who appeared in Lanthimos’ The Lobster, as well as the British crime drama Broadchurch—plays a fictionalized version of Queen Anne, a lonely, portly ruler who has conceived 17 children and, one way or another, lost them all. (She keeps 17 beloved pet rabbits as furry reminders of her sorrow.) She’s awkward and dithery and suffers terrible leg pains that largely confine her to a wheelchair. She also dislikes dealing with politics and affairs of state, which makes her a prime target for the scheming Lady Sarah (Rachel Weisz), whom she considers her closest friend. Sarah has her own ideas about the future of England and how its war against France should be waged, and she uses her friendship with the Queen to shape the course of events to her liking, and to her benefit.

Still, this friendship is more multidimensional than it looks, and its terms favor the Queen more than you might think. Yet all of it tips into chaos when Sarah’s comely cousin, Abigail (Emma Stone), arrives at court: She makes her entrance in a metallic-silk dress covered with mud, having fallen—or been pushed—from the carriage stuffed with commoners in which she arrived. Abigail is meek and polite, seeking only the most basic decency from her cousin. Sarah smells a rat, especially when Abigail obsequiously brings some weird herbal stuff from the forest to apply to the poor Queen’s aching legs. But Abigail wins Sarah’s favor with her cutting wit, and from there proceeds to charm the Queen with her strawberry-sunshine smile and alleged kindness. These three women circle one another warily, forming allegiances here and breaking bonds there. The humor is sharp and dry and sometimes bawdy, though there are moments of surprising tenderness too. There’s a love story here, one that’s twisted and thorny like the stem of a rose, but beautiful in its own right.

That tenderness isn’t something you’d expect from Lanthimos. Yet he shapes this fascinating material beautifully. Lanthimos and his writing partner, Efthymis Filippou, have written all of Lanthimos’ previous pictures, though not this one: This script is by Deborah Davis and Tony McNamara, and it sings. It also tempers some of Lanthimos’ aggressive harshness, while teasing out the best of his poker-face wit. Animal lovers should also note that, unlike in Lanthimos’ other films, most critters—with the exception of some unfortunate game birds—are spared a cruel fate. There is one brief incident of rabbit squooshing, but the victim scampers away, uninjured. And an indoor duck race—yes, you will have the chance to witness such a thing!—doesn’t end in the terrible way you might fear. In fact, it is rather delightful.

The Favourite is drawn somewhat from history: The 17 pregnancies, the lameness and the obesity are all based on fact, and Queen Anne was indeed close friends with Sarah Churchill, Duchess of Marlborough, until the two had a falling out. But whatever really happened, this reimagining sets a broad, generous stage for three characters who will do anything to get their way, and the actors who portray them are clearly having a terrific time. Weisz, playing against her wholesome, cream-pitcher beauty, makes a delectable almost-villainess. Stone’s Abigail is a captivating, wanton minx —she gets some of the movie’s dirtiest, funniest gags, some of them consisting of little more than an astutely arched eyebrow. And Colman’s Queen is lovely in her awkwardness—she invites us to laugh at this poor, hapless creature, only to turn our laughter into a kind of hardnosed sympathy. In The Favourite, everyone gets the reward or the punishment, or the unholy mix of both, she deserves. And we, the lucky ones, get to walk away with it all. 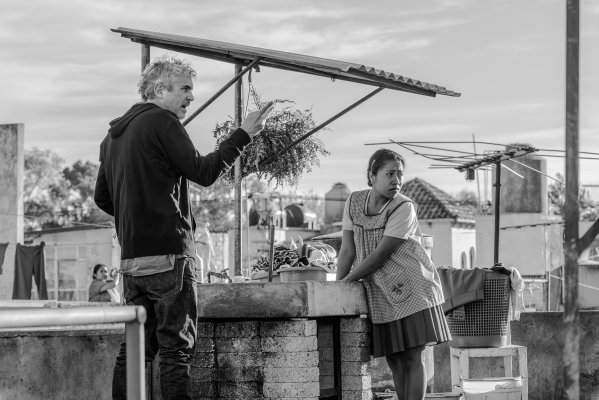