British television drama Victoria premieres on PBS as part of the channel’s Masterpiece anthology on Jan. 15. Starring Jenna Coleman (Doctor Who) as Queen Victoria, the series follows the monarch’s early life, from her accession to the throne in 1837 at 18, to her courtship and early marriage to her cousin, Prince Albert.

Victoria launched in the U.K. in August last year, receiving a number of positive reviews. The Daily Mail called it a “proper costume drama” that follows the Downton Abbey template “with rapid cutting and short scenes” and Digital Spy described Coleman’s performance as “terrific.”

However, some critics weren’t as impressed: The Telegraph called the series finale “a right royal yawn” and The Spectator described the show as “silly, facile and irresponsible.” And while screenwriter Daisy Goodwin drew inspiration from the Queen’s own diaries, historians and critics have remarked on the many liberties the show’s writers took. Here are a few examples:

“We would certainly know if Victoria was in love with Melbourne,” writes English historian Professor Jane Ridley in The Telegraph, referring to the British Prime Minister who acted as the Queen’s confidant and ally. “Victoria’s frank, vivid and detailed account makes it abundantly clear that she didn’t fancy Melbourne, let alone contemplate marrying him. [He] was urbane and witty, but at sixty he wasn’t nearly as handsome as [actor] Rufus Sewell – and he had become enormously fat.”

Indeed, Lord Melbourne was 40 years the queen’s senior, but in Victoria he is portrayed as far younger.

2. Coleman’s monarch appears more together than the real queen

The real Queen Victoria was said to be a “short, vulgar-looking child” with bulging eyes. In fact, she was so portly in her latter years that she had a 50-inch waist, reports The Sunday Post. She was tiny (roughly 4ft 11in) and is said to have had a throne specially made for her because of her height.

According to Ridley, the queen “took little interest in the starving poor.” A plot-line about Victoria intervening to pardon the Newport Chartists—rebels from the Newport Rising of 1839 who wanted to improve life for the working classes—which did not happen in real life.

In the episode, Victoria intercedes on behalf of the Chartists sentenced to be hung, drawn and quartered after discovering one of them is related to her dresser, Mrs. Jenkins. In fact, as the Radio Times reports, leaders of the march were initially sentenced to death but were instead sent to Australia after a nationwide campaign. Victoria herself made no personal intervention.

4. There’s no evidence a plague of rats infested the Palace

Despite a rather memorable scene in Victoria, there is no historical evidence that a plague of rats infested the Palace—or that the Queen screamed in horror in reaction.

“There was almost certainly never a moment in young Queen Victoria’s life when she was frightened into hysteria by vermin suddenly materialising on a giant cake, thus causing onlookers to speculate that she might have inherited the Madness of George III,” writes James Delingpole in The Spectator.

5. Victoria and Albert’s relationship was love at first sight

Victoria is portrayed as finding Albert irritating at first, but it wasn’t like that in real life. “On the contrary,” Ridley told the Mail, “Victoria fell madly in love at first sight. She wrote ‘Albert is beautiful’ in her diary. He was much less excited, though.'” 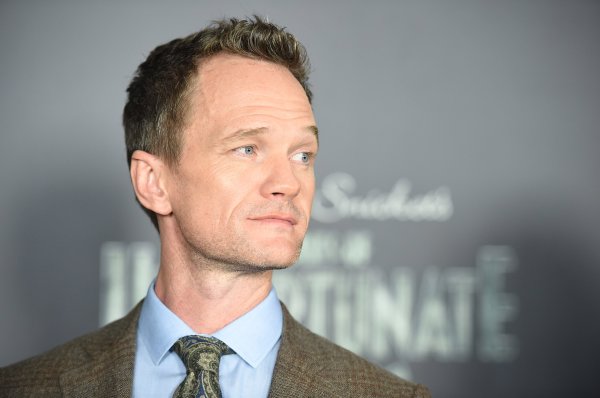 Neil Patrick Harris on How A Series of Unfortunate Events Is Like The Muppets
Next Up: Editor's Pick