On Monday night’s Jimmy Kimmel Live, The Neon Demon actor Elle Fanning (little sister of Dakota) shared some funny recollections of time spent in her childhood home, which she recently moved out of, as she explained to Kimmel. One of those stories involved none other than legendary actor Robert De Niro, his family and an Easter lunch featuring pizza.

Apparently, about a dozen years ago the elder Fanning sister and De Niro had worked together on a movie called Hide and Seek, making them close enough that the Fannings invited De Niro and his family over for Easter to their home. But when they realized he was actually going to come through, they ended up ordering that classic Easter delicacy: pizza.

Elle also noted that their family decided to open up a special room in the house reserved just for “company” for the occasion, even taking the plastic off of a never-before-used couch. De Niro is no normal guest, after all. Finally, the big moment of the Easter egg hunt arrived — but Elle, who said she gets “really into it,” was warned by her mother to let the De Niro kids get the good, golden eggs filled with money. One must respect Hollywood royalty at all costs.

Luckily, that respect must have paid off: twelve years later, the younger Fanning is featured in Sofia Coppola’s new movie The Beguiled with Nicole Kidman and Kirsten Dunst, which debuted to glowing reviews at the Cannes Film Festival.

Watch her explain the full De Niro family encounter, above. 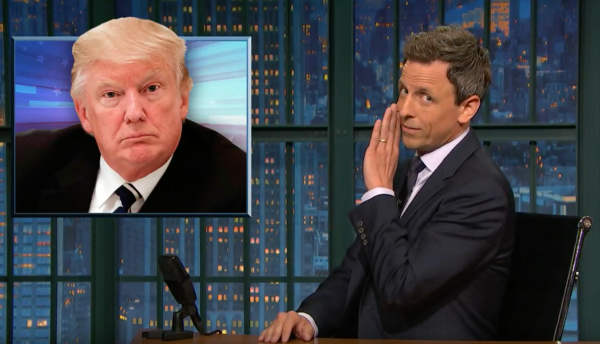 Seth Meyers Tries to Untangle the 'Bizarre Spectacle' of Trump's Twitter and Legal Team
Next Up: Editor's Pick