Women take part in a women's strike to demand the legalization of abortion, gender equality and the end of violence against women, in front of the Congress in Buenos Aires, on March 9, 2020.
Ronaldo Schemidt –AFP/Getty Images
By Ciara Nugent

These days, Ruth Zurbriggen finds herself having meetings at midnight. A university lecturer in the Argentine province of Neuquén, Zurbriggen spends her spare time helping other women get abortions in a country where the procedure is only legal in a few circumstances. Stuck at home because of a nationwide quarantine order to prevent the spread of COVID-19, women often need to speak at night, when their families or partners are asleep and can’t hear them talking about their decision.

Zurbriggen, 54, is a founding member of the Socorristas en Red (literally, Network of Lifeguards), a group of 504 activists spread across Argentina’s territory. The socorristas help women navigate the country’s health system, which, by law is meant to provide abortion in cases of rape or where the pregnancy is a risk to the health of the mother. Health ministry protocol uses the WHO’s definition of health as “a state of complete physical, mental and social well being, and not just an absence of illness.” In practice, though, many doctors in the majority-Catholic country refuse to grant abortions without proof of a physical risk. It’s impossible to get reliable data on either legal or clandestine abortions, but the Foundation for the Study and Research for Women (FEIM), estimates that legal abortions account for only about 20-25% of the 350,000 – 450,000 terminations that take place in Argentina each year.

Since 2012, the socorristas have been working to grow the proportion of abortions that take place in the legal system, building a list of sympathetic doctors, and connecting women with them, as well as providing emotional support throughout the abortion process. In 2019 they accompanied 12,575 women—up from 1,116 five years ago.

The pandemic has made their work a lot harder. Some of the doctors the socorristas rely on have been drafted into the COVID-19 effort and are no longer available to perform abortions. A strict lockdown since March 20, with Argentines only able to leave their homes to buy food or medicine, means all coordination and counselling must be done virtually, without meeting in person. The restriction on movement is also likely disrupting clandestine abortion services, making it difficult to justify or disguise trips for illicit activities. Advocates fear that women, desperate and uncertain of what is available, will resort in increasing numbers to unsafe homemade methods to obtain abortions during the pandemic.

Such obstacles will be familiar to women across Latin America and the Caribbean, a region where 30 of 34 countries either ban abortion outright, or allow it only on restricted grounds. In Argentina, though, it’s a particularly frustrating time for campaginers. A bill to legalize abortion—the first ever with presidential backing—was due to be presented to congress in mid-March, just as the nationwide lockdown began. It is now delayed till later this year.

For now, Argentines are left to navigate an uneven and uncertain system – in isolation.

“We’re seeing really high levels of anxiety among the women we accompany. They have a psychological sense that there’s no way out, no escape,” says Zurbriggen, who has helped 16 women terminate their pregnancy since the lockdown began. ”They think, if they don’t even have the right to go out for exercise right now, how are they going to go out to get an abortion? We have to work hard to convince them that this is their right.”

COVID-19 has created a perfect storm for both abortion demand and provision in countries where abortion is not fully legal, says physician Mabel Bianco, director of FEIM, the research institute, who has spent decades working to expand reproductive rights in Argentina.

“First, there will be more unwanted pregnancies,” the 79-year-old says over Skype from her home in Buenos Aires. “Putting the whole family in an enforced lockdown means that a lot of young girls are exposed to more sexual abuse. And women will have less ready access to contraception.” The U.N. warned April 28 that lockdowns to prevent the spread of the new coronavirus could lead to 7 million additional unwanted pregnancies in low and middle income countries if they continue for 6 months.

When women do go to seek abortions, they usually have to navigate a health system thrown into chaos by the pandemic. During the first few weeks of Argentina’s lockdown measures, Bianco says, security agents were turning women away from hospitals because of a directive to only allow access for emergencies or COVID-19 cases. “For some people, abortion is not considered an emergency,” she says. Since early March, doctors in some parts of the country, including the northern city of Cordoba, have been reporting shortages of misoprostol, the medication used in many early-term abortions, which imeant to be provided by provincial authorities.

On April 13, Argentina’s health ministry issued a directive clarifying that abortions on the two legal grounds—known as a Legal Interruption of Pregnancy or ILE—are an essential service. The national government said it would work with leaders of Argentina’s 23 provinces to make sure access is guaranteed.

But getting some provinces to guarantee abortion access is tough at the best of times, let alone during a lockdown, Bianco says. “We have a protocol on abortion written by the ministry of health that guarantees abortions on the grounds of rape, and mental, social and physical health. But eight provinces, mostly in the north, still refuse to apply it,” she says. While “conscientious objectors” exist in other areas, Bianco says, it is particularly hard to access abortions in these northern provinces. FEIM is advising women who are denied legal abortions to take legal action and lodge cases against hospitals with Argentina’s National Institute Against Discrimination.

When women can’t access a legal abortion, advocates say, they rarely continue with an unwanted pregnancy. Instead, they seek out clandestine abortion providers. These services are sometimes safe. Those who can afford it pay for a clandestine abortion by a skilled doctor in a clinic, or to obtain medication. Poorer women, though, resort to inexperienced providers working in unsanitary conditions, or dangerous homemade methods, such as introducing parsley or a probe into the vagina. In 2016, the last year for which official data is available, 47,100 were hospitalized because of complications related to an abortion (that figure includes legal abortions) and 43 women died.

Under lockdown, Bianco says, safe clandestine abortions will be harder to come by. With many non-emergency surgeries suspended during the pandemic, it will likely be difficult for doctors to admit women to perform these safe covert abortions. Instead, she says, more women will feel forced to take matters into their own hands. On April 28, Argentina’s National Campaign for Abortion Rights said that a 22-year-old woman had died in Formosa province after attempting an unsafe abortion at home. “The pandemic is a risk to life,” Bianco says. “Not only from the virus, but also the consequences of being locked up for women and girls.”

A woman wears a green handkerchief, symbolic of Argentina's abortion rights movement, (pro-abortion) as she walks past people lined up to enter to a supermarket during the COVID-19 outbreak in Buenos Aires, on March 19, 2020.
JUAN MABROMATA/AFP via Getty Images

The socorristas are working overtime, Zurbriggen says, to make sure women don’t need to use dangerous improvised methods to terminate pregnancies during lockdown. “With fewer sympathetic doctors available, we have to do much more painstaking work to make sure women are connected with one.” Women in need call one of the 54 collectives of socorristas spread out across the country. The socorristas then set up a video chat with an “accompanier” like Zurbriggen, who advises the woman on where they can seek out a doctor who will prescribe misoprostol, or otherwise help with the abortion. The activists advise on how to take the medication, as well as offering emotional support. “It’s very hard not to be able to meet these women in person.”

The socorristas are also using social media to share information on the risks of homemade abortion methods. One of the best things about the so-called green wave, as Argentina’s abortion campaign is dubbed for its symbolic green handkerchief “is that it’s meant people are talking a lot more about their reproductive rights,” Zurbriggen says. That education is crucial to ensuring more women can have safe abortions.

That pattern is seen in other Latin American countries, says Mariangela Urbina, 26, co-host of Las Igualadas, a YouTube channel that covers gender issues in Colombia. Like Argentina, the country allows abortion on the grounds of rape and physical and mental health risks, as well as in cases of fatal foetal abnormality. “But it’s a really taboo issue,” she says. “Many schools still don’t teach about sexuality or contraception. That means you get a lot of disinformation.”

On April 14, three weeks into Colombia’s lockdown to fight COVID-19, Las Igualadas published a video titled simply “How do I have an abortion at home?”, (“a question a lot of women are asking themselves right now,” Urbina says) offering information about how to arrange a video consultation with a doctor to obtain a prescription for misoprostol. The video provoked swift backlash from conservative media and anti-abortion groups, including people calling Urbina a murderer and wishing for her to contract the virus. “It’s strange that it caused a particular controversy, because the law has not changed under coronavirus. I think that shows that people don’t understand what abortion is. They think of it as some big, terrifying thing, but actually it’s [often] just a case of taking medication.”

In Argentina, Zurbriggen hopes that lawmakers will soon remove the obstacles that have been intensified under lockdown. When congress comes back in session, she expects the legalization bill to pass. In 2018, a similar bill passed the lower house but was narrowly defeated in the senate. This time is likely to be equally tight: feminist data project Economia Feminista counts 32 votes in favor, 36 against, and four undecided. “Personally I believe that [President Alberto] Fernandez wouldn’t have made such a public commitment to it unless he had certain assurances in the senate that it would be successful,” Zurbriggen says. In the meantime, she says, the socorristas will continue their work. “Quarantine or no quarantine, we’ve got each other.” 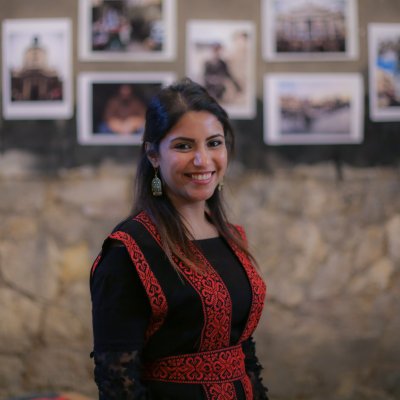 10 of the 'Most Urgent' Cases of Threats to Press Freedom
Next Up: Editor's Pick