Kathy Kleinfeld already had patients in her waiting room at Houston Women’s Reproductive Services on the morning of March 24 when she received an update from her lawyers: Stop what you’re doing, they warned.

The Texas attorney general had announced the evening before that abortions were considered non-essential medical procedures and that doctors were barred from providing them during the COVID-19 pandemic. Kleinfeld’s lawyers had determined that the mandate included “medication abortions,” which are administered by pill—the kind that Kleinfeld offered at her clinic.

Kleinfeld went to each of her patients, one by one, that morning and explained that she would have to cancel their appointments. They were “distraught, upset, angry, saddened, confused, panic stricken,” Kleinfeld remembers. “Every single woman was planning to proceed with her decision in whatever way was necessary,” she adds. “Now, just at greater risk and compounding the health crises with more health risks.”

But if the decision was personally disruptive for Kleinfeld’s patients, Texas’s sweeping order was also an early sign of a soon-to-be explosive battle against abortion providers nationwide. On April 7, the Fifth Circuit Court of Appeals ruled that Texas’ ban on abortions could stand, potentially triggering a petition to the Supreme Court.

Planned Parenthood, which along with the Center for Reproductive Rights and other lawyers had sued Texas on behalf of a group of abortion providers, said earlier in the day on April 7 that if the Fifth Circuit did not rule, they planned to take the case to the U.S. Supreme Court. Alexis McGill Johnson, the group’s acting president, said on Twitter after the Fifth Circuit ruling Tuesday afternoon, that they would push forward.

The fight in Texas is just one of many battles nationwide. Five other Republican-led states—Ohio, Texas, Iowa, Alabama and Oklahoma—have taken similar steps to temporarily ban abortions during the coronavirus outbreak. While all of those have been challenged in court, more conservative states are considering following suit.

Reproductive rights advocates are used to fighting state laws and court battles to preserve abortion access. But this is different. By using executive orders and other emergency measures, a handful of governors and state attorneys general have managed, at least temporarily, to all but shut down legal abortions. Abortion providers say these new restrictions will likely have lasting impacts, not only on the patients in search of abortions, but also on independent abortion clinics’ ability to survive financially in the months ahead.

“The challenges that independent clinics and their patients have had to contend with have not disappeared. Medically unnecessary restrictions on abortion raised enormous barriers before the pandemic and those barriers are becoming increasingly insurmountable now,” said Jay Thibodeau, communications director for the Abortion Care Network, a national group for independent abortion providers.

Independent clinics provide the majority of abortions in the United States. They often have small staffs, run on tight budgets and are constantly navigating new restrictions on the way they can provide services to their patients. While the increasing number of abortion regulations in recent years has led many clinics around the country to close, every state has maintained at least one abortion provider. Now the COVID-19 pandemic is testing that reality.

“It’s going to strain any nonprofit small business who works near the margins,” Dr. Abbey Hardy-Fairbanks, medical director at the Emma Goldman Clinic in Iowa City, says of states banning abortions during the pandemic.

Some of these clinics have found emergency relief. Abortion providers, represented by lawyers and reproductive rights groups, have sued and won temporary injunctions in Ohio, Alabama and Oklahoma, and come to an agreement with Iowa. They’ve argued that abortion is time-sensitive, essential health care, a position supported by seven national medical organizations, including the American College of Obstetricians and Gynecologists.

But nearly all abortions remain banned in Texas, and officials in Kentucky, Louisiana, Mississippi and West Virginia have questioned whether abortions should be allowed to continue in those states as well. Eighteen other states have also joined briefs supporting Texas in its fight.

Hundreds of laws placing restrictions on abortion access have been passed over the last decade, and 2019 saw a particularly large wave of legislation seeking to curtail abortions across the country. These laws have an overwhelming chilling effect. Even in cases where reproductive rights advocates ultimately win in court, providers or patients feel the consequences. For example, in 2016, the Supreme Court sided with abortion providers in Whole Woman’s Health v. Hellerstedt, striking down regulations in Texas’ HB 2 law, which required all abortion providers to have admitting privileges at local hospitals and clinics to be equipped with hospital-level surgical centers. But the court ruling came too late for many providers.

“We certainly saw after HB 2, when half the clinics closed, we went from 42 clinics to 21 virtually overnight,” says Dr. Robin Wallace, co-medical director at Southwestern Women’s Surgery Center in Dallas. “And then with the favorable Supreme Court ruling in 2016, only a handful of clinics reopened. We did not see a rebound in terms of access.” In addition to finding an abortion provider, patients must now worry about whether they are going to spread, or contract, COVID-19, Wallace notes. “They are not only being turned away from the health care that they would normally be able to access in their home state,” she says, “but now they’re having to grapple with this decision of, do I violate this stay at home guideline in order to seek my abortion?”

In Texas, patients have had to travel particularly far from home. Nearly half of the state’s 254 counties were 100 miles from the nearest U.S. abortion provider before the COVID-19 order, according to the Texas Policy Evaluation Project at the University of Texas at Austin. With all Texas clinics now blocked from offering abortion, 94% of the state’s counties are more than 100 miles from a provider, and nearly three quarters are more than 200 miles away.

And the situation isn’t great for abortion providers going forward, Wallace adds. While Planned Parenthood, the Center for Reproductive Rights and other abortion providers continue to pursue legal action, the current ruling has allowed Abbott’s order stopping abortions, which currently lasts through April 21, to stand. “That amount of time not being able to provide care absolutely could be financially devastating and result in more clinic closures across the state,” Wallace says.

In Oklahoma, the Trust Women clinic in Oklahoma city was facing similar conditions until April 6 when a judge granted a temporary restraining order against the state’s abortion ban. In the first week that Oklahoma’s order stopped abortions, Trust Women had to cancel about 160 appointments, according to Julie Burkhart, its CEO and founder. Most of her staff was already working remotely, and she had started to think about what would happen if the clinic had to stay closed for longer.

“That would absolutely impact us financially,” Burkart said in an interview on March 31. “Within the month I would really have to sit down and make some tough decisions.”

The court’s decision on April 6 will let Trust Women to start providing some abortions again, but not all procedures are allowed and the picture could change. “It’s a huge relief that we can start seeing patients again, at least for now,” Burkhart said on April 6. “We hope the court will keep the ban blocked so our patients aren’t forced to travel to other states to find abortion care at a time when travel is risky and discouraged.”

COVID-19 has brought up other concerns for abortion providers, too. In Iowa, where Hardy-Fairbanks says she’s grateful that her state’s agreement now allows her to make case-by-case determinations and provide abortions in compliance with the governor’s order, the clinic has had to cut back in other ways.

“The coronavirus in general has had a big impact,” she says. “We’re a healthcare clinic. We do trans care and contraception care and well visits, and all of those kinds of visits we definitely can’t do right now because they need to be delayed in order to allow people to stay home and to conserve our resources.”

Those restrictions create complications for patients who need that care, but providers say they were making those tough choices and taking COVID-19 precautions on their own before states stepped in. “As family planning specialists, we were already acutely aware that an appropriate public health response was going to include some limitations on how other health care services continued during the crisis,” Wallace says.

Weeks before the Texas order to stop providing abortions, Wallace says her clinic was in touch with local health officials and had started screening patients for COVID-19 symptoms, practicing social distancing and limiting the number of people in the clinic. All the abortion providers who spoke with TIME said they had previously added these elements, as well as other measures including staggering appointment times, increasing cleaning and cutting back on other services.

As abortion providers face destabilizing conditions, it’s unclear whether they will be able to access government relief funding the way other medical providers and nonprofits will be able to do. The CARES Act stimulus package gives President Trump’s Small Business Administration the leeway to deny funding to Planned Parenthood, and the final law also includes Hyde Amendment-like language, which experts say prevents state and local governments from using COVID-19 funds to help abortion services.

Several providers told TIME that they were unsure if they would be able to keep their staffs paid and protected during this time. “I’ve been working in Texas for seven and a half years now and have weathered the storms of HB 2 and other threats to access over time. And this by far is the most painful,” Wallace says. “When you layer this restriction of necessary health care on top of the public’s concerns about the unknown of their future well being, it is just really beyond tragic. It was devastating.” 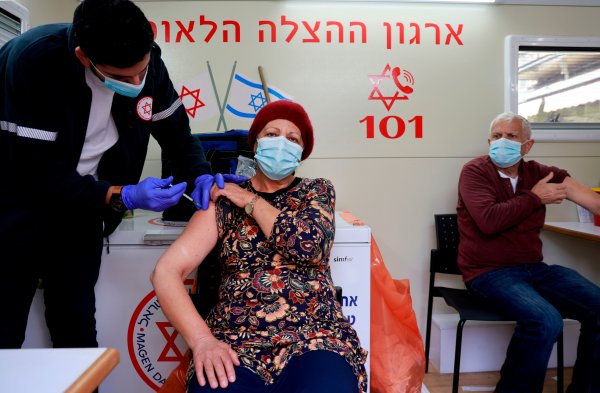