For her first 10 years as Germany’s Chancellor, Angela Merkel proceeded with the cautious deliberation of the young scientist she had been in communist East Germany. That temperament, combined with Germany’s economic might, made Merkel the most consequential leader in a European Union that shared her devotion to human rights, free markets and open borders.

Then, in the summer of 2015, as desperate Syrian refugees poured into Europe, Merkel made an uncharacteristically quick decision. Letting into Germany some 1 million refugees was an audacious act of generosity that lifted hearts, confounded ISIS and made Merkel the TIME Person of the Year. But it also triggered an anti-immigrant backlash that nourished right-wing nativism.

Five years on, the refugees that Mutti (“Mommy”) welcomed are still being absorbed into Germany. But reaction to the influx fractured her party and cost her the leadership both of her country—she has vowed to step down by 2021—and of a European project now less open, less united and less certain of itself. —Karl Vick 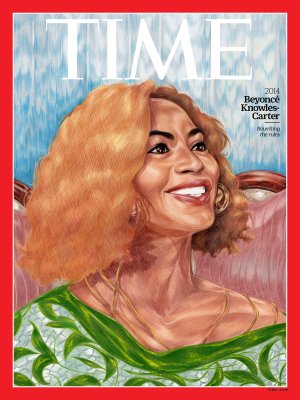 2014: Beyoncé Knowles-Carter
Next Up: Editor's Pick