By Dan Stewart and Simon Shuster

The reaction in Germany to TIME’s choice of Chancellor Angela Merkel as 2015’s Person of the Year ranged from delight to disappointment on Wednesday.

The Chancellor herself did not respond to the news, but government spokesperson Steffen Seibert told the media she would surely welcome her selection as “encouragement for her political work for a good future for Germany and for Europe.”

Many in the media welcomed the choice too. The journalist and commentator Stephan Detjen, writing in the culture section of the German broadcaster Deutschlandradio’s website called the magazine’s article “just one among several panegyrics to Merkel that recently appeared in the Anglo-Saxon media.” He continued:

Die Welt, a conservative Germany daily, called the selection proof that although she has “seldom faced as much criticism during her decade in office as she has over her refugee policy” at home, “internationally Angela Merkel is held in high esteem.”

Not every reaction was so positive, perhaps understandably since the German leader has seen her popularity sink since she threw the country’s doors open to swaths of refugees. Felix Steiner, an editor at state broadcaster Deutsche Welle, criticized TIME’s editors — a “politically left-intellectual group of high earners in a country that receives virtually no refugees” — for celebrating Merkel’s position on migration with no grasp of the reality of the policy. The editors in New York City, he writes, “do not have to worry about all that.”

Even in Germany, however, the media focused on runner-up Donald Trump’s reaction to the choice — especially as he dismissed the Chancellor as the “person who is ruining Germany.”

“Ouch!” said newspaper the Münchner Merkur of Trump’s “full broadside” against Merkel. Germany’s leading weekly newsmagazine Der Spiegel added that “in the world of Donald Trump first place goes to Donald Trump, then to Donald Trump and then probably the same once more: Donald Trump … TIME sees it differently.”

Süddeutsche Zeitung took a slightly different tack with an interview with Colin Davidson, who created the oil painting of Merkel on TIME’s Person of the Year cover. “What you should feel when looking at my image,” he said, “is that I appreciate the Chancellor for her compassion, her dignity and her humanity.”

As the hashtag #TIMEPOY became a trending topic in Germany, many commentators took to Twitter to register their thoughts about the choice. “Open the door, let everyone in, become Person of the Year. It’s actually not that hard,” tweeted a Merkel critic named Uwe Schoeneberg. Matthias Kolb, whose Twitter bio identifies him as a correspondent for Süddeutsche Zeitung in Washington, D.C., summed up his reaction:

“Merkel is TIME’s Person of the Year. Not the Nobel Prize, but still. No surprise: She is very popular in the USA.” 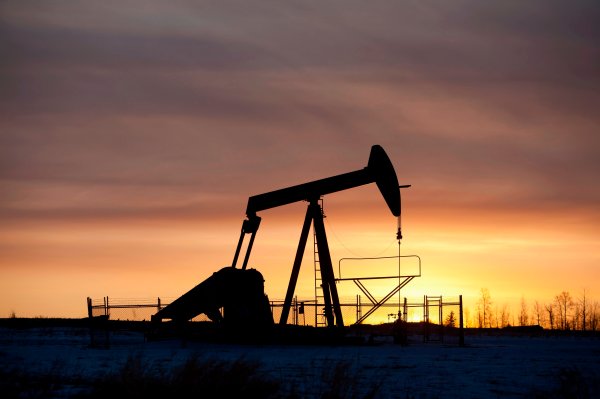 Oil Producers to Expect More Pressure in 2016
Next Up: Editor's Pick