Angela Merkel Is Fighting for Her Political Life. Here's What to Know

A standoff at the top level of government over Germany’s liberal migration policies threatens to collapse the fragile coalition that Merkel presides over.

The result of the standoff could have far-reaching ramifications for all E.U. countries, as well as the migrants seeking to resettle in them. And if closed borders prevail over open ones, it could mark a turning point in one of the defining struggles of modern Europe.

Here’s what to know about Germany’s political crisis:

It’s between Merkel and her Interior Minister, Horst Seehofer, who oversees migration policies. Seehofer wants to turn away migrants at Germany’s border if they have registered as migrants elsewhere in the E.U. Merkel has refused to accept this plan, out of the belief that such a policy goes against E.U. principles.

Merkel wants Seehofer to wait until the E.U. summit at the end of the month, where she will attempt to find a continent-wide solution. Seehofer, who as interior minister has powers under German law to impose his suggested policy without Merkel’s approval, has agreed to this.

But the agreement has a two-week time limit. If Merkel can’t come back from the E.U. with a big enough win, Seehofer can implement the policy himself.

Why is the Interior Minister fighting with the Chancellor?

The defining issue of the 2017 election was the rise of anti-migrant far-right parties, like Alternative For Germany (AFD) which won 13% of the vote. Their surge in popularity has put politicians under pressure to act on migration – an emotive issue in the country ever since Merkel decided to open Germany’s borders to over 1 million refugees in 2015.

If he can do it, why doesn’t the Interior Minister just shut the border?

Because it might cost him his job. Merkel has the power to sack Seehofer if he implements the border restrictions, but to do so would probably end the CDU-CSU coalition and throw up the problem of new elections. Having come out of the last election with a much smaller majority, Merkel has no appetite for that.

But neither does Seehofer, who critics say has shifted further to the right because his heartland in south-east Germany is threatened by AFD. If there is another election, he could feasibly lose influence.

So, right now Merkel’s best hope is the E.U. summit, which starts on June 28. There, she will have to convince European delegates to join with her to make a migration plan that will satisfy rebels back home.

Can Merkel make a deal with the E.U. states?

It will be tough. Parties with hardline views on migration have been winning elections across Europe. Austria’s right-wing chancellor Sebastian Kurz called on Wednesday for the formation of an anti-migrant “Axis of the willing” to fight for restrictive border policies at the E.U. level.

Italy, where a coalition including hardline anti-migrant party, and Hungary, where Viktor Orban’s Fidesz party recently won an increased majority on an ethno-nationalist ticket, look likely to support Kurz at the E.U.

What does the U.S. say about it?

President Donald Trump waded into the debate on Monday, tweeting: “The people of Germany are turning against their leadership as migration is rocking the already tenuous Berlin coalition. Crime in Germany is way up. Big mistake made all over Europe in allowing millions of people in who have so strongly and violently changed their culture!”

He was correct about voters turning against the leadership. While Merkel maintains a public approval rating of 50%, this has fallen substantially from the roughly 70% she enjoyed before her 2015 decision to open Germany’s borders. Seehofer’s approval rate sits at 43%. However, the assertion about crime has no basis in fact — Germany’s crime rate in 2017 was at its lowest level since 1992. 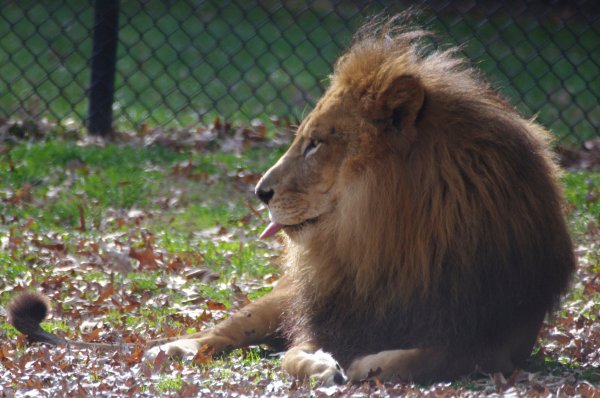 The Lions, Tigers That Escaped From a German Zoo Have Been Recaptured – but the Bear Is Dead
Next Up: Editor's Pick