Chancellor Angela Merkel and Annegret Kramp-Karrenbauer (r, CDU), Federal Minister of Defence and CDU Federal Chairwoman, are talking at the beginning of the session of the CDU/CSU parliamentary group in the German Bundestag. Getty—Kay Nietfeld
By Mélissa Godin

Her decision to step down came after a controversial local election on Feb. 6 that led members of her party in the tiny eastern state of Thuringia to elect—against her wishes—to work with the Alternative for Deutschland (AfD), a far-right, anti-immigrant and anti-Islam party. It marked a violation of CDU policy.

AKK’s resignation has shed light on a changing political landscape in Germany, where radical parties are increasingly gaining traction in a country where for years, centrist coalitions have held power. It also raises concerns about who will fill Merkel’s shoes when she steps down in October and whether a power vacuum will form in her absence.

Here is why AKK’s resignation matters and what it means for Germany moving forward.

Who is Annegret Kramp-Karrenbauer?

AKK, who currently serves the Minister of Defense, became the leader of the Christian Democratic Union (CDU) at the end of 2018. It was widely speculated that AKK—sometimes nicknamed “mini-Merkel“—would become Germany’s next Chancellor in the 2021 elections.

AKK’s tenure as party leader, however, has not gone as well as expected.

The CDU has struggled to gain support in state elections, where parties on the right and left have swayed voters. AKK is also more conservative than Merkel, particularly on social issues such as gay marriage, which has tempered Merkel’s willingness to support her.

“I think part of the reason she fell is because she just wasn’t very popular,” says Hans Kundnani, author of The Paradox of German Power, and a senior research fellow at Chatham House. “They were looking for an alternative.”

Why did she step down?

On Feb. 6, the CDU voted with the AfD to elect a pro-business Free Democrat as state premier in the central-eastern state of Thuringia, pushing aside the more popular left-wing leade and breaking CDU policy of refusing to work with the AfD.

Merkel denounced the alliance, calling it “unforgivable.” She said that “you don’t win majorities with the help of Alternative für Deutschland,” calling it a “fundamental conviction” of hers and the CDU.

Many saw the incident as a sign that AKK was losing control over her party.

What is the AfD?

The AfD was founded in 2013 by economic conservatives, initially in response to the eurozone economic crisis. At the time, Merkel advocated for bailing out Greece, maintaining that there was no other alternative.

“The AfD came along and said: there is an alternative we are that alternative,” Kundnani said. “At that time, it was about economics. It wasn’t an anti-immigrant party.”

When Merkel accepted 1 million mostly-Syrian refugees in 2015, however, the AfD shifted its focus, adopting an anti-immigrant and anti-Islam platform. As anti-immigrant sentiment has grown in Germany, the AfD has become increasingly popular.

What does AKK’s resignation mean for the CDU?

For almost two decades, Merkel has been the leader of the CDU, a center-right party that under her leadership, has swayed further to the center. She has served as Chancellor for more than 14 years. Throughout her tenure, Merkel has positioned Germany as an important leader within the European Union as well as on the international stage. Amid periods of economic turbulence, Merkel has also managed to keep Germany’s economy afloat, making it one of the strongest economies in Europe.

While Merkel’s decision to open Germany’s doors to refugees in 2015 was lauded internationally, where Merkel was seen as a human rights champion, the decision led to significant backlash domestically. In 2018, she resigned as the leader of the CDU and announced that she would not run in the next election.

AKK was supposed to be Merkel’s successor, who would bring her centrist legacy and vision into the next decade of German politics. AKK’s resignation, as well as the CDU’s decision to cooperate with the AfD in Thuringia, has exposed weak spots in the party, sparking questions about how the CDU should navigate an increasingly polarized political landscape.

“The question isn’t ‘can we go into a coalition with them but how can we cooperate with them’,” Kundnani says. “The battle that is now being played out is how far back to the right the CDU should move.”

Within the CDU, there’s a split on whether the party should be moving back to the right and if so, whether they should be doing it on economic or cultural issues.

While the CDU grapples with how to deal with the AfD, the party is also losing votes to the leftist Green party. In the 2019 European Parliament elections, the Greens—who are pro-Europe and pro-immigrant—had a groundbreaking surge, gaining the second largest number of votes in Germany.

With the two anti-establishment parties growing in popularity, the political landscape in Germany is likely to grow more fragmented. That makes it unclear how the CDU should position itself on the German political spectrum.

What does this mean for Germany moving forward?

Experts say the incident in Thuringia reflects the growing sway of the AfD in German politics and also sheds light on the diminishing power of centrist coalitions in Germany.

Kundnani, however, argues that centrist parties losing power may ultimately be good for German democracy.

“Since Merkel came to power in 2005, the problem hasn’t been too much polarization—which is what you have in the U.S.—but not enough,” he says. “There is too much consensus which in turn produces these extremist movements because it pushes political opposition to the extremes.”

Kundnani argues that the rise of anti-establishment movements on the right and left may give voters more choice. He adds, “there is quite a positive scenario here which is that you go back to something like left-right politics in Germany again with genuine alternatives between the center-right and the center-left.” 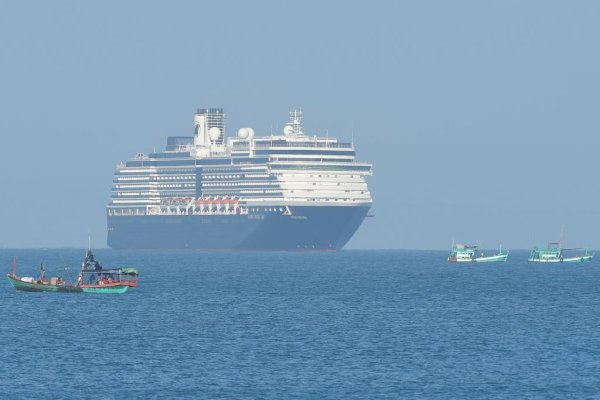