In 1969, police raided a gay bar in New York City called the Stonewall Inn, patrons resisted, and the LGBT-rights movement changed forever. One of the rioters who burst into the streets was Marsha P. Johnson, a self-described transvestite and drag queen who helped remind everyone just how many directions oppression can come from.

Decades later, New York City decided to erect a statue in her honor. There’s a documentary about her. Fans have tattooed themselves with her image and words. The surge of interest is due, in part, to the example set by “St. Marsha.” As she called on fellow activists not to forget issues like class and homelessness and racism—long before the word intersectional was in the zeitgeist—Johnson pushed past struggles like mental illness, poverty and HIV.

“She was a black, gender-nonconforming, feminine-presenting, sex-working, street-living person,” says Susan Stryker, visiting professor of women’s, gender and sexuality studies at Yale University. “Yet she was politically engaged.”

The fervor also comes from a growing acknowledgment of how LGBT rights in America took shape in the wake of Stonewall. Accounts don’t agree on what the likable, unpredictable Johnson did that night. Some say she was among the first to revolt. Others insist she showed up later. But many argue it’s beside the point. “I don’t think whether she threw that first brick matters,” says Darius Bost, assistant professor of ethnic studies at the University of Utah. “It’s about the diversity of that legacy. Were trans women there? Were people of color there?” The answer is yes: before, during and after. —Katy Steinmetz 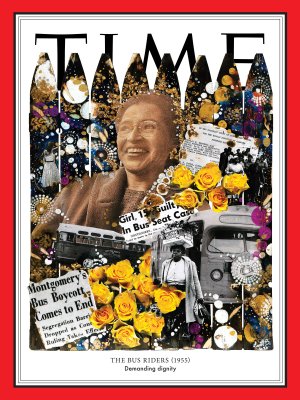