Stonewall-Era Activists and Queer Millennials Discuss the State of the LGBTQ Community, Then and Now

Friday marks the 50th anniversary of the police raid at the Stonewall Inn, a gay bar in the West Village of Manhattan — and of the uprising it sparked. While not the first demonstration made by the LGBTQ community against police crackdowns, that series of late night scuffles on June 28, 1969, on Christopher Street have come to be seen as the symbolic start of the gay-liberation movement in the United States.

In the half-century years since, the LGBTQ community has continued to face political persecution, weathered the devastation of the AIDS crisis and fought back against the denial of civil rights afforded to others. Now, in 2019, LGBTQ individuals are more visible and present in the zeitgeist than ever. However, activism remains a key component of life for many LGBTQ people — and they have many targets to focus on. In the U.S. there are still 30 states where people are not guaranteed full protections against discrimination based on their sexual orientation or gender identity. Trans women of color are still the victims of violent crime at an alarming rate, and in many places around the world being openly-queer or trans is still a death sentence.

To mark the Stonewall anniversary, TIME invited a group to participate in an intergenerational conversation about the nature of this milestone, the work they’re doing and the lessons that can be learned from their experiences. The group included three individuals who were either involved directly with the Stonewall uprising or other early gay liberation initiatives, and four younger people who are working to improve their respective communities today.

Of the Stonewall generation is author and retired professor Karla Jay, an early member of the Women’s Liberation Movement and Gay Liberation Front (GLF) who was present at the second night of Stonewall; Ellen Broidy, another member of the GLF and the co-founder of the first annual Gay Pride March in 1970; and Mark Segal, a journalist and activist who was a GLF member, publisher of the Philadelphia Gay News and currently an advocate for affordable senior housing.

Representing the younger activists is Junior Mintt, a Brooklyn drag artist who makes trans-centric and people-of-color-focused work; Jose Alvarez, a queer filmmaker; Stephanie Garces, an organizer of the New York City Dyke March; and Gedalia “Geddy” Penner, a musician and advocate who does work to support Jewish queer youth in New York City.

In listening and sharing their stories, the group was clear in emphasizing the necessity of upholding a collective history and championing intersectionality. Said Alvarez, “we live in this country, so we’re all taking a risk, and we respect our history. There’s a lot of us who really try to keep telling these stories because it is our duty as young queer people to make sure that history is heard.” 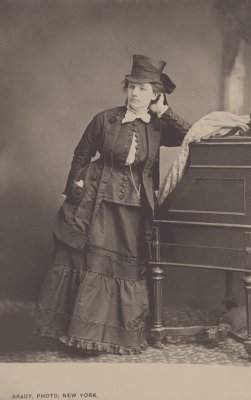 The Radical Woman Whose 19th Century Ideas Still Undergird the LGBTQ-Rights Movement
Next Up: Editor's Pick