50 Years After Stonewall, We’re Still Disagreeing About What Happened There. That’s Why the Archives Matter

This year marks the 50th anniversary of the Stonewall Uprising, a moment of resistance by LGBTQ people against homophobia and transphobia, police harassment and exploitation by organized crime. The conflict started in the wee hours of June 28, 1969, and continued for almost a week. The Stonewall Inn was an illegal club, operating without a liquor license, controlled by the mafia and regularly raided by the police. Stonewall was frequented by a range of LGBTQ patrons, mostly gay men, but also lesbians, drag queens and transgender and gender-nonconforming patrons. And beyond the clientele in the club itself, Stonewall existed in the larger context of Greenwich Village, where many queer and transgender youth were living on the streets, abandoned and rejected by their families and the society at large.

Given the tremendous gains made by LGBTQ activists in the intervening years, it can be difficult for people to remember the oppression suffered by LGBTQ people in the United States in the 1950s and ’60s. Homosexuality was illegal in almost every state in the U.S., with legal penalties ranging from three months in jail in New York to possible life in prison in Nevada. Homosexuality was classified as a mental illness by the psychiatric profession; many LGBTQ people spent long hours in psychoanalysis attempting to be cured, and could also be subjected to electroshock therapy or involuntary institutionalization by psychiatrists and unaccepting families. In New York, LGBTQ people could be denied service in bars or arrested for wearing clothing that did not match their legally-assigned gender.

On that fateful night in June 1969 at the Stonewall Inn, confronted yet again by the fact of their oppression, the LGBTQ people in the club and on the street spontaneously fought back. The conflict marked a turning point in LGBTQ politics in the U.S., leading to the birth of gay, lesbian and transgender movements for liberation.

The resulting days of the conflict have been enshrined in popular memory with annual LGBTQ Pride commemorations timed to coincide with the anniversary of the uprising every year. But memories are often unreliable, and the LGBTQ community, scholars and even the surviving participants do not agree about the details of what happened at Stonewall and their importance. There are numerous disagreements about the participants involved, levels of violence, the reasons behind the conflict, and how and why things changed. These disagreements are fueled by a lack of access to the original sources and the sad fact that LGBTQ history is seldomly taught in schools and universities.

Luckily, there are archives that preserve the original documents from this pivotal time, including political leaflets, posters, little magazines and oral history interviews. The New York Public Library has preserved much of this history, and is presenting a range of these original documents for the public in the Love & Resistance: Stonewall 50 exhibition and a new anthology The Stonewall Reader. These resources allow us to encounter this original historical moment ourselves and better understand how it felt and what it ultimately meant.

One of these documents is this flyer “Where were you during the Christopher St. Riots?” produced by the Mattachine Society of New York shortly after Stonewall.

In popular memory, Stonewall is often considered the beginning of LGBTQ political movements. In fact, from the 1950s onward, there was a political vanguard of the LGBTQ community with “homophile” organizations like the Mattachine Society and the Daughters of Bilitis, and pioneering transgender organizations like the Erickson Educational Foundation operating in small groups across the United States. In addition, Stonewall was not the first of these riots; it was preceded by similar conflicts between the LGBTQ community and the police across the U.S. throughout the 1960s, including confrontations in Los Angeles, San Francisco and Philadelphia.

This flyer points to Stonewall as a pivotal moment of transition in this political community. It outlines the range of political concerns of LGBTQ activists in the 1960s, including harassment by police, exploitation by organized crime, persecution of homosexuality and the injustice of sodomy laws. It also calls upon the mass of the LGBTQ community to get politically involved, seizing on Stonewall as a reason to rally — and thus helps us better understand, a half-century later, the role of that moment. It was not a beginning, as is shown by the fact that an organization already exists to produce this flyer, but it was the start of something new.

Early homophile and transgender activists often relied on heterosexual experts, including psychiatrists, lawyers and clergy, to justify their existence. Their pioneering demonstrations were often stuffy affairs with conservative dress codes— men in suits and women in sensible skirts— and artfully choreographed signs. This flyer calls upon the mass of the LGBTQ community, including the queer and transgender youth of the Village, emboldened by Stonewall, to join the movement — and they did. These new activists were inspired by the counterculture and by the anti-war, Black power, and feminist movements. Their radical critique and confrontational spirit initiated a new phase in LGBTQ politics. Pioneering activists like Michael Brown, Martha Shelley and others formed the Mattachine Action Committee and quickly broke away to form the Gay Liberation Front. This in turn spawned a range of movements including Gay Activists Alliance, Gay Youth, Radicalesbians, Third World Gay Revolution and Street Transvestite Action Revolutionaries.

The events at Stonewall inspired a new generation of LGBTQ people to become involved in politics personally and passionately, transforming the United States and the world. In many of the popular narratives of Stonewall this is what gets left out. We are given Stonewall as the start of LGBTQ politics and then Marriage Equality as its end, leaving out the decades of grassroots political activism that made these transformations possible, as well as the many struggles that continue today — and the work that may be further inspired by the memories of Stonewall, as preserved in LGBTQ archives. 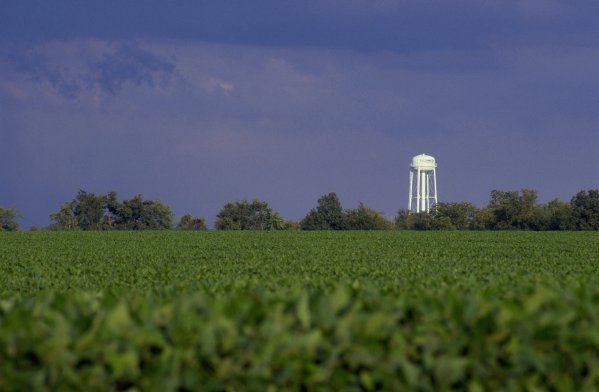 What We Get Wrong About the American Heartland
Next Up: Editor's Pick