Catherine, Duchess of Cambridge, has opened up about her experience giving birth as a member of the royal family in a new podcast appearance.

In a recent interview on the Happy Mum, Happy Baby podcast, Kate Middleton revealed that she found the experience of posing with her newborn children outside of the Lindo Wing at St. Mary’s Hospital in London “slightly terrifying.”

“Everyone had been so supportive and both William and I were really conscious that this was something that everyone was excited about, and we’re hugely grateful for the support that the public has shown us,” she said, “and actually for us to be able to share that joy and appreciation with the public I felt was really important.”

After a royal birth, crowds of supporters and a global media pool wait outside Lindo Wing to see the newest member of the family, and his or her proud parents.

But the Duchess, who isn’t typically one to publicly remark on her own emotions, said that the customary press photo call outside the hospital was especially difficult after the birth of her first child, Prince George of Cambridge. “It was coupled with a newborn baby, and inexperienced parents, and the uncertainty of what that held, so there were all sorts of mixed emotions.”

The photo call, which Princess Diana also participated in with her two infant sons, has often been subject to criticism, as it near-inevitably leads to scrutiny of the mother’s post-baby figure and appearance.

Adding that she doesn’t enjoy spending time in hospitals, she said: “I was really desperate to get home and get back to normality.”

Meghan Markle and Prince Harry, Duke of Sussex, chose to omit their post-birth appearance at St. Mary’s, instead choosing a private birth plan at another hospital.

Coming on the heels of Meghan Markle and Prince Harry’s groundbreaking decision to step back from the royal family, Kate’s comments are particularly striking — and reminiscent of Markle’s disclosure in an ITV documentary that aired last fall. During an interview for the documentary, the Duchess of Sussex shared the emotional turmoil of being a new mother to Archie while undergoing media scrutiny. “Any woman, especially when they’re pregnant, you’re really vulnerable, and so that was made really challenging. And then when you have a newborn, you know. And especially as a woman, it’s a lot,” she said. “So you add this on top of just trying to be a new mom or trying to be a newlywed…”

The Duke and Duchess shocked the world (and their own family, it seemed) with their Jan. 8 announcement that in addition to giving up royal titles and financial support, they planned to split their time between North America — specifically Canada, as Queen Elizabeth II later confirmed — and the U.K. The largely unprecedented decision came after months of negative press and mudslinging from the British tabloids, and after the Duke and Duchess made the rare decision to sue one publisher.

While Kate Middleton’s podcast interview wasn’t as emotional, it offers a new look at the royal mother of three. 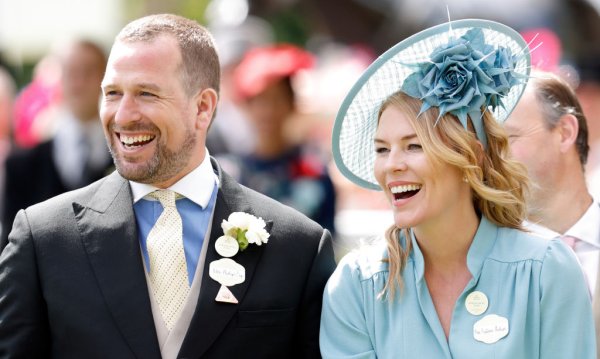