Prince Harry, Duke of Sussex and Meghan, Duchess of Sussex visit the Nyanga Township during their royal tour of South Africa on September 23, 2019 in Cape Town, South Africa. On Tuesday, Oct. 1, 2019, Prince Harry announced Markle is suing a U.K. tabloid over its coverage.
Karwai Tang—WireImage
By Mahita Gajanan

Prince Harry announced legal action against a British tabloid over what he called a “ruthless campaign” in an emotional announcement released Tuesday that also invoked the death of his mother, Princess Diana, who was killed in a car crash in 1997 while she was being chased by paparazzi.

Media information provided with the announcement confirmed Meghan Markle is suing the publisher of the Mail on Sunday after the tabloid newspaper published a “private letter” from the Duchess of Sussex.

“My deepest fear is history repeating itself,” Harry wrote. “I’ve seen what happens when someone I love is commoditised to the point that they are no longer treated or seen as a real person. I lost my mother and now I watch my wife falling victim to the same powerful forces.”

At issue specifically, according to numerous publications, is the publication by the Mail on Sunday of a handwritten letter said to be from Meghan to her estranged father, Thomas Markle, in August 2018, a few months after her wedding to Harry in May 2018. Thomas Markle did not attend the wedding, bowing out of the proceedings amid a paparazzi scandal that also involved the Mail on Sunday.

“The contents of a private letter were published unlawfully in an intentionally destructive manner to manipulate you, the reader, and further the divisive agenda of the media group in question,” Harry wrote in the statement. “In addition to their unlawful publication of this private document, they purposely misled you by strategically omitting select paragraphs, specific sentences, and even singular words to mask the lies they had perpetuated for over a year.”

A spokesperson from Schillings, Meghan’s legal representatives, said in a statement: “We have initiated legal proceedings against the Mail on Sunday, and its parent company Associated Newspapers, over the intrusive and unlawful publication of a private letter written by the Duchess of Sussex, which is part of a campaign by this media group to publish false and deliberately derogatory stories about her, as well as her husband. Given the refusal of Associated Newspapers to resolve this issue satisfactorily, we have issued proceedings to redress this breach of privacy, infringement of copyright and the aforementioned media agenda.”

Mail on Sunday, along with the Daily Mail and other publications, is owned by DMG Media, which was formerly known as Associated Newspapers. The company could not be immediately reached for comment.

Meghan, Harry wrote, “has become one of the latest victims of a British tabloid press that wages campaigns against individuals with no thought to the consequences.” The “continual misrepresentations” of Meghan have escalated in the last year, Harry wrote, continuing throughout her pregnancy and birth of the couple’s newborn son.

The announcement comes amid Harry and Meghan’s current South Africa tour, which has received glowing coverage from the same outlets that are accused of bullying Meghan at other times. Harry called out the “double standards” of treatment in the statement.

“The positive coverage of the past week from these same publications exposes the double standards of this specific press pack that has vilified her almost daily for the past nine months; they have been able to create lie after lie at her expense simply because she has not been visible while on maternity leave,” he wrote. “She is the same woman she was a year ago on our wedding day, just as she is the same woman you’ve seen on this Africa tour.” 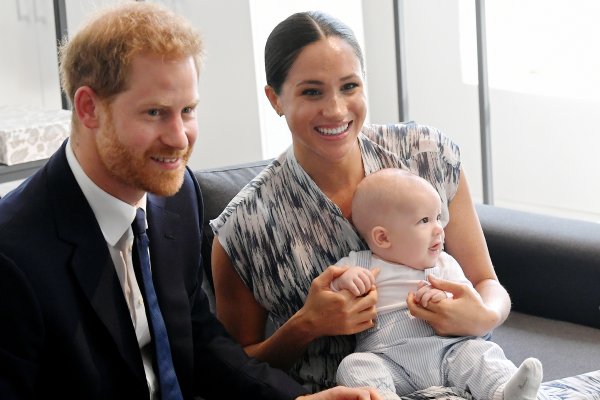