“The Duke and Duchess of Sussex will establish their own new charitable foundation with transitional operating support from The Royal Foundation,” the charity said in a statement on Thursday. The statement adds that the two couples will continue to support The Royal Foundation’s mental health initiative, Heads Together, as a group.

Naturally, many have interpreted the news as a sign of discord among the iconic “Fab Four,” as the group has been dubbed. But royal experts say there’s no bad blood. “The fact that they’re separating is not a big deal,” Marlene Koenig, a historian and expert on the British royal family, tells TIME.

It’s uncommon for siblings in the royal family to have collaborative charities and foundations like this in the first place, according to Koenig, who thinks the only reason for the joint venture from the beginning was for both brothers to have a project to share as they grew up. This is just the “natural progression,” she says.

Though both couples participate in other philanthropic causes, the Royal Foundation is their “primary philanthropic and charitable vehicle,” according to its website. The two brothers founded the organization in 2009, when they were both still single, so it only makes sense that they would split up now to establish themselves as two individual families.

As for rumors of feuds among the four royals, Koenig thinks the notion that there’s trouble in paradise has nothing to do with the facts. “They’re just [on] two different career paths,” she says. After his father Prince Charles, Prince of Wales, takes the throne, Prince William will be the heir — and eventually the king of England, which gives him more responsibilities and duties. Given his position in the line of succession, Prince Harry will likely never be king, affording him more opportunities to pursue his own interests and passions.

“I think this is all about them pursuing different trajectories,” says Katie Nicholl, the author of Harry and Meghan: Life, Loss, and Love. “While they might be sentimental about the whole thing, they also have to be pragmatic, and this makes sense.”

It’s also not the first time the Cambridge and Sussex families have begun to write their own stories. Earlier this year, the Duke and Duchess of Sussex started their own royal court with their primary home at Frogmore Cottage in Windsor, separate from Kensington Palace. (Prince William and Kate Middleton, meanwhile, retain Kensington Palace as their main residence. Their country estate, Anmer Hall in Norfolk, serves more as a weekend escape.)

Though it’s true that the announcement comes just over a month since Meghan Markle and Prince Harry had their first son, Archie Harrison Mountbatten-Windsor, on May 6, Nicholl says it was expected that Prince Harry would soon begin his own charity. “I think it’s actually high-time that he has his own foundation,” Nicholl tells TIME.

The split also gives the royals a chance to focus on causes they are individually passionate about. Through Prince Harry’s charity Sentebale, an organization he co-founded in 2006 with Prince Seeiso of Lesotho, he works to bring aid to impoverished children and those living with HIV and AIDS in Botswana, Malawi and Lesotho. The Duke and Duchess of Sussex are headed to Africa this fall, People reports, to continue this mission.

Meghan Markle has already become a vocal advocate for gender equality, even before she became a member of the royal family, speaking out against stigma by writing an op-ed for TIME in 2017 about the importance of sanitation and menstrual products for underserved women worldwide.

During a speech in Fiji in October, Markle made this passion known: “Everyone should be afforded the opportunity to receive the education they want, but more importantly the education they have the right to receive,” she said. “And for women and girls in developing countries, this is vital.” The Duchess delivered another speech as a champion for women’s rights on International Women’s Day this year.

The Duke and Duchess have both, along with Prince William and Kate Middleton, also advocated for mental health awareness and treatment. While causes like feminism and mental health aren’t quite taboo in today’s culture, they’ve historically been considered “controversial” topics for members of the royal family to discuss, Koenig says.

Now that Prince Harry and Meghan Markle will have their own foundation, which Nicholl expects will be announced in the coming months, they’ll likely be taking on these humanitarian causes, as well as new ones, with increased vigor.

By taking on more progressive causes, the Duke and Duchess of Sussex are ready to make a difference internationally. Along with their “worldwide persona,” Koenig says it will be a big boost for the royal family. “Doing different things makes the monarchy relevant. The monarchy keeps changing,” she says, “and that’s a good thing.” 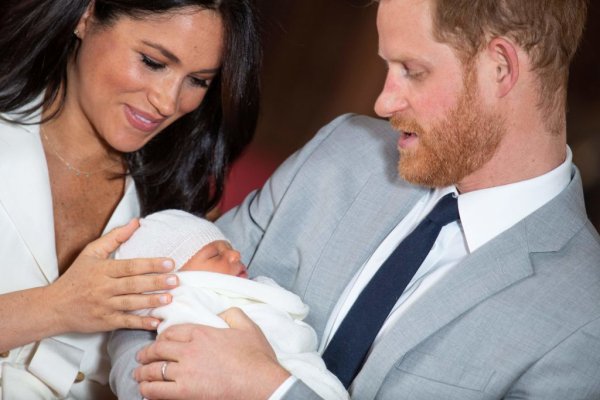 Prince Harry and Meghan Markle Revealed a New Photo of Archie for Father's Day
Next Up: Editor's Pick