Queen Elizabeth II has officially responded to Prince Harry, Duke of Sussex and Meghan, Duchess of Sussex announcing that they are stepping back as “senior members” of Britain’s royal family.

On Monday, the Queen released a statement in which she gave Harry and Meghan her blessing to scale back their royal role.

In the wake of the Queen convening a meeting of all four royal households (those of her own; Prince Charles, Prince of Wales; Prince William, Duke of Cambridge and Prince Harry) to come up with a “workable” future role for Harry and Meghan, Her Royal Majesty announced on Jan. 13 that there will be “a period of transition” in which the Sussexes split time between Canada and the U.K.

In her statement, the Queen also said that the royal family is “entirely supportive” of Harry and Meghan’s choice and that she has asked for final decisions to be reached in the coming days.

“Although we would have preferred them to remain full-time working members of the royal family, we respect and understand their wish to live a more independent life as family while remaining a valued part of my family,” she said. 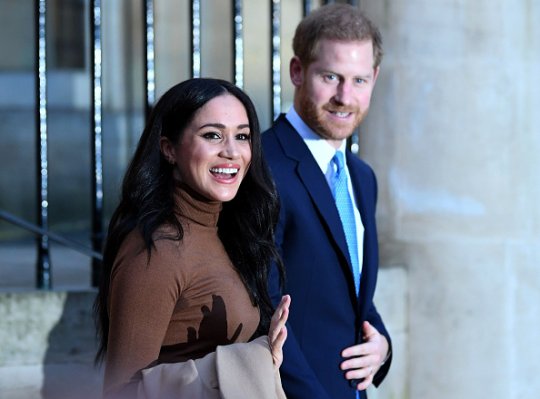 How Prince Harry and Meghan Markle Might Become Financially Independent of the Royal Family
Next Up: Editor's Pick