President Obama Shares His Favorite Music, Books and Movies of 2019. Here's What Made the Cut

Former President Barack Obama released lists of his favorite books, music and movies of 2019 in a series of Instagram posts, as part of what he calls a “fun little tradition.”

“Outlets like literature and art can enhance our day-to-day experiences,” Obama wrote in the first Instagram post. “They’re the fabric that helps make up a life — the album that lifts us up after a long day, the dog-eared paperback we grab off the shelf to give to a friend, the movie that makes us think and feel in a new way, works that simply help us escape for a bit.”

Obama released the final list on Monday with a round-up of his favorite songs of the year. Like in previous years, the list demonstrated the former President’s diverse musical tastes, leaving room for both chart-toppers like Beyonce and lesser-known up-and-comers like Angelica Garcia. The list spans genres, including “Hello Sunshine” by legendary singer-songwriter Bruce Springsteen and the Spanish-language dance song “Baila Baila Baila” by Ozuna, Daddy Yankee and J. Balvin.

This year’s list from the former POTUS includes 19 works of fiction, nonfiction — two specifically tagged for sports fans, including a biography by Jim Rooney about his father and the “Rooney Rule” that has become synonymous with his legacy.

Here are some of the books that made the cut:

The Age of Surveillance Capitalism: The Fight For a Human Future at the New Frontier of Power, Shoshana Zuboff

This heavily researched work of nonfiction by former Harvard Business School professor Shoshana Zuboff explores society’s digital future and complacency with surveillance as it continues to expand into nearly every sector of the economy. The book has received accolades from The New York Times, The Guardian and was on TIME’s list of Must-Read Books of 2019.

Cep provides insight into the life of one of America’s most beloved authors, Harper Lee, by telling the tales of two courtroom dramas. The book examines the case of Reverend Willie Maxwell, who was accused of murdering five members of his family, and the case of the man who shot him dead — all while taking a look at the life of Lee, who sat in the audience to research her own true-crime novel. Furious Hours is also on TIME’s list of Must-Read Books of 2019

This novel by award-winning Mexican author Valeria Luiselli tells the story of a family road-tripping from New York to Arizona amid the backdrop of the “immigration crisis” at the Southern Border. It is Luiselli’s first novel written in English.

Other books that made an impact on Obama’s nightstand this past year include (but are by no means limited to) Sally Rooney’s Normal People, Susan Choi’s Trust Exercise, Sarah M. Brown’s The Yellow House, and David Treuer’s Heartbeat at Wounded Knee.

And from screens big and small, Obama cited movies including The Farewell, Little Women, Parasite and Netflix’s The Irishman — though he did not specify whether he made it through the latter in one go. His favorite TV shows included Watchmen and Fleabag. 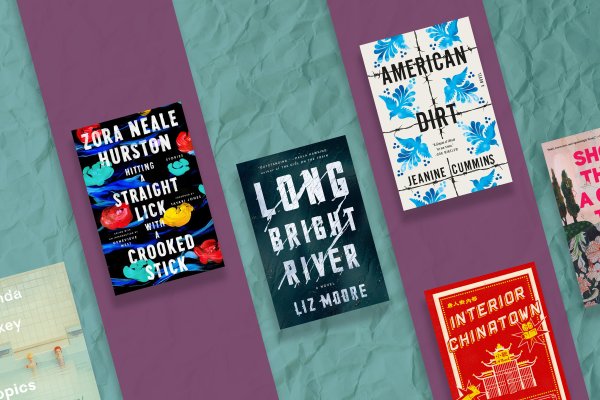 Here Are the 12 New Books You Should Read in January
Next Up: Editor's Pick