Game of Thrones fans will be treated to a period of Westeros’ history that’s coming to the small screen eventually.

In the wake of HBO cancelling a Game of Thrones prequel series that was set to take place during the infamous winter known as the Long Night, the network announced that it’s moving forward with a separate successor show that will center on House Targaryen’s conquest of Westeros 300 years before Daenerys’ rise. And now we have a tentative timeframe for the premiere.

A Song of Ice and Fire author George R. R. Martin has been attached to both projects since the beginning while Game of Thrones showrunners David Benioff and D.B. Weiss have not yet been involved with either of them. HBO executives have hinted that even more prequels, sequels and spinoffs could be on the way.

Here’s everything we know about the Game of Thrones prequel House of the Dragon so far.

What do we know about the new Game of Thrones prequel House of the Dragon?

The new Game of Thrones prequel House of the Dragon will chronicle House Targaryen’s rise to power roughly 300 years before the events of Game of Thrones and the Targaryen Civil War that followed. On Oct. 29, HBO announced that the show had received a straight-to-series order for 10 episodes.

House of the Dragon was co-created by A Song of Ice and Fire author George R. R. Martin and Colony executive producer Ryan Condal, who will also serve as co-showrunner alongside Miguel Sapochnik, the Emmy-winning Game of Thrones director responsible for pivotal episodes like “Hardhome,” “Battle of the Bastards” and “The Long Night.” Sapochnik will direct the pilot episode from a script by Condol.

The series is based on Martin’s 2018 book Fire & Blood, a comprehensive history of how House Targaryen conquered Westeros with the help of dragons. However, in an Oct. 30 blog post, Martin wrote that he wouldn’t take on any scripts for the show until he had finished and delivered the long awaited sixth book in his A Song of Ice and Fire series, The Winds of Winter. “Winter is still coming, and WINDS remains my priority, as much as I’d love to write an episode of HOUSE,” he wrote.

In addition to Fire & Blood, he also suggested that fans read the two anthologies he compiled with Gardner Dozois, Dangerous Women and Rogues, ahead of House of the Dragon’s debut.

A poster for the series featuring the tagline “Fire Will Reign” was also released.

Who will star in the prequel?

There have not yet been any casting announcements for House of the Dragon, but this story will be updated when there are.

When will the show premiere?

The exact time period in Westerosi history that House of the Dragon will span is still unclear. But if we’re going off Fire & Blood, it seems like the show will begin sometime around Aegon I Targaryen’s conquest of Westeros and continue up through at least the Dance of Dragons, the massive civil war of succession that was fought between two rival branches of House Targaryen 170 years before the War of the Five Kings.

Will Daenerys or any other familiar House Targaryen members make an appearance?

Considering House of the Dragon is set to take place several centuries before the events of Game of Thrones, it seems all but certain that neither Daenerys (Emilia Clarke) nor any of the other Targaryens who played a role in Thrones‘ plot — Aemon (Peter Vaughan), Rhaegar (Wilf Scolding in flashbacks), Aerys II “The Mad King” (David Rintoul in flashbacks), etc. — will make an appearance in the prequel.

However, based on the show’s source material, it seems likely that famous Targaryens like Aegon the Conquerer, the creator of the Iron Throne, who we heard tell of in Thrones, could have a role to play in House of the Dragon.

What happened to the other prequel?

Hours before HBO announced that House of the Dragon had been given a full series order, the news broke that the network was scrapping the other Game of Thrones successor show it had in development. The Jane Goldman-helmed series, which was set to take place thousands of years before the rise of Daenerys Targaryen and chronicle Westeros’ descent from the Age of Heroes into the Long Night, is officially no more.

Naomi Watts was slated to star in the prequel, which shot a full pilot episode directed by S.J. Clarkson (Jessica Jones) in Northern Ireland earlier this year. A Song of Ice and Fire author George R. R. Martin co-created the project with Goldman.

“I do not know why HBO decided not to go to series on this one, but I do not think it had to do with HOUSE OF THE DRAGON,” Martin wrote on his blog. “This was never an either/or situation. If television has room enough for multiple CSIs and CHICAGO shows… well, Westeros and Essos are a lot bigger, with thousands of years of history and enough tales and legends and characters for a dozen shows.”

At TCA, Bloys said that all other Game of Thrones spinoffs are currently on hold.

“For me for right now, I think getting House of the Dragon on the air will be the number one priority,” he explained. “There are no other blinking green lights or anything like that. Sometime down the road who knows, but there are no immediate plans. We are all focusing on House of the Dragon.” 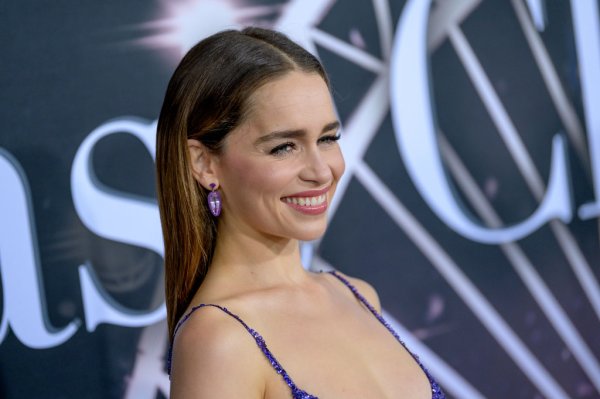 Emilia Clarke Spills the Beans on the Mystery Culprit Solely Responsible for the Game of Thrones Coffee Cup Cameo
Next Up: Editor's Pick