Game of Thrones Watch: Come at Me Snow

Ever since Game of Thrones debuted on HBO in 2011 with its infamous “Winter is Coming” tagline, audiences have wondered when the show would make good on that promise. The final ten minutes of “Hardhome” ensured that the triumphant arrival of the White Walkers was well worth the wait. Plenty of other worthwhile events occurred over the course of what will justifiably be lauded as a bounce-back hour for the show, but it’s hard to focus on any of them when a highly-anticipated army of zombies has staged a full-on assault on the largest settlement north of the Wall.

And what an assault it was. We’ve waited so long to see the Walkers at full strength that you could be forgiven for maybe-kinda-sorta thinking they weren’t as dangerous as we’ve been led to believe. After all, Sam killed one with a dagger and a small girl’s fireballs took care of a few others, so turning the undead into dead-dead hasn’t necessarily been portrayed as Westeros’ most impossible task. “Hardhome” certainly changed all that. Rolling into the Wildling town like an avalanche, the Walkers obliterated nearly everyone and everything in their path, failing only to topple the greatest living Wildling warrior, the Lord Commander of the Night’s Watch armed with a legendary blade forged from Valyrian steel and a freaking giant — and in the end, those blessed three only lived because they realized retreat was their only option.

It’s safe to say that this hurried retreat was not what Jon Snow had in mind when he traveled to Hardhome with Tormund in an effort to convince the Free Folk to choose the devil they know over the one they don’t. As he has for much of the season (Mance Rayder’s stubbornness not withstanding), Jon proved remarkably effective at convincing the Wildling leaders that they ought to travel with him through the tunnel below Castle Black and into the Gift. He needed an assist from Tormund and couldn’t convince every band of Free Folk to join him, but any other Lord Commander would likely have been slaughtered the moment he stepped off the boat, so Jon’s done pretty well for himself. It was an equally strong showcase for Kit Harington, who has certainly gotten his fair share of opportunities for inspirational speeches throughout Season 5.

But even the support from Tormund and a rapid departure from Hardhome couldn’t save the Wildlings from being slaughtered by the thousand. We’ve not seen too many thorough battle sequences on Game of Thrones (largely, it seems, for budgeting reasons), but this one was truly essential in order to demonstrate just how formidable a foe the White Walkers are. Now if they could just talk with the cursed pirates of the Black Pearl and figure out how to travel underwater, Westeros would really be in trouble. As it is, the Wall and its watchers certainly appear to be be in some serious peril — especially since the White Walker king looks able to challenge Jon Snow to come at him and raise the dead simply by lifting his arms.

As impressive as the events north of the Wall were, far more enjoyable were the relative lack thereof in Meereen. For more than a season now, the show has spun its wheels with Daenerys Targaryen’s troubled regency in Slaver’s Bay. Turns out all it needed was a little magic in the form of Tyrion Lannister. The conversations between the two Westerosi scions crackled just as much as you’d expect they would, with the pair trading barb after barb in an effort to figure out whether the other was truly worth their time. All told, it seems to have turned out rather well for both. Tyrion provided savvy counsel as to how Dany might best deal with her recurring Jorah Mormont problem and got to keep his head, Dany added a much-needed Westerosi advisor after losing a pair of them in successive seasons. It’s unlikely that the two will see eye-to-eye on every issue — particularly if Dany continues to insist that Tyrion cut down on his prodigious wine consumption — but there’s little question that their partnership will help get Dany’s wheel moving once again as she launches her effort to break the one currently spinning across the Narrow Sea.

It’s fortunate that “Hardhome” spent much of its time in Meereen and its eponymous location North of the Wall, because not much of real substance happened elsewhere. Arya has vastly improved at the “Game of Faces,” but even now that she has received her first assassination mission, it’s not entirely clear what Jaqen H’ghar and the Waif have planned for her. Sansa learns from Reek — who appears genuine in his belief that telling Ramsay about her plan with the candle actually helped her — that her younger brothers are still alive, though what she can do with that information remains far from clear. Speaking of Ramsay, the Bolton heir doesn’t think much of his father’s plan to mount their defense at Winterfell, instead petitioning him to send a raiding party into Stannis’ camp. It’s likely too much to expect that he’ll finally get what’s coming to him when he takes that journey, but here’s to hoping that his bones might make for excellent kindling. Cersei appears even more displeased with her new quarters below the Great Sept than Margaery was a week earlier, but that displeasure doesn’t appear to be doing her much good with Jaime in Dorne and Tommen refusing to speak to anyone other than Ser Pounce. She’s bound to put up a fight in the coming weeks, but whether she’ll prove as adept at saving her own neck as her younger brother is far from clear.

Of course, all this may soon become moot if the White Walkers continue their march south. Their coming-out party — along with the blossoming Dany-Tyrion alliance — helped make this one of Game of Thrones‘ best episodes in recent memory, and with just one hour left before the season finale, the show is poised for another strong finish. 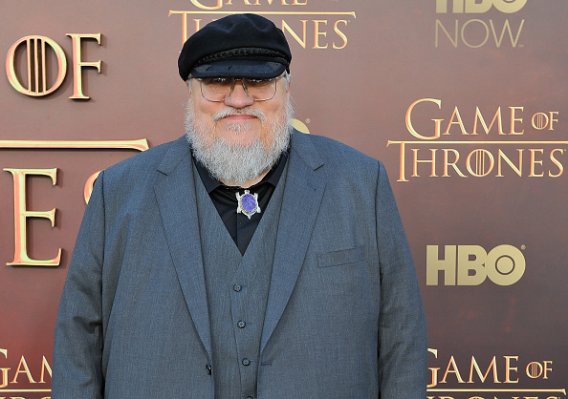 George R.R. Martin: 5 Characters He Wishes Were on Game of Thrones
Next Up: Editor's Pick