How Game of Thrones May Be Teasing a Major Tyrion Reveal

Following Rhaegal’s brutal death in “The Last of the Starks,” the fourth episode of Game of Thrones‘ eighth season, fans were horrified that only one of Daenerys’ three dragons is left standing for the fight against Cersei and Euron. But judging by the teaser trailer for episode five, this season’s highly-anticipated penultimate episode, it seems like more dragons could be on the way — and that Tyrion may be directly involved in this development.

The clip opens with Tyrion slowly walking through the Chamber of the Painted Table in Dragonstone before pausing in front of a carving of a dragon on the wall. The camera lingers on this shot. The final moments then show Euron staring up into the sky with a confused look on his face as a dragon roars. Tyrion’s ultimate role in season 8 has yet to come into focus as most of his storyline so far has centered on him struggling with his loyalty to Daenerys and the growing concern that she is going mad. However, some fans have long theorized that Tyrion’s fascination with dragons might foreshadow that he has a significant part to play in Targaryen history.

In George R. R. Martin’s A Song of Ice and Fire book series, there are numerous hints that Tyrion may be a secret Targaryen and that he will be one of the three people involved in the three heads of the dragon prophecy. The three heads of the dragon prophecy comes from a book scene in which Daenerys has a vision of her brother Rhaegar in the House of the Undying in Qarth. Show watchers saw this sequence in season 2, but that scene, along with a few others, was not included. During the vision, Daenerys sees Rhaegar naming his newborn son Aegon — his second child with Elia Martell, not Jon, whose real name is also Aegon — as a wet nurse feeds him.

“He has a song. He is the prince that was promised, and his is the song of ice and fire,” Rhaegar tells the nurse before looking directly at Daenerys and saying, “There must be one more. The dragon has three heads.”

Before the Night King killed Viserion and reanimated him as a wight dragon, some fans believed that the three heads of the dragon was a reference to the three people who would eventually ride Daenerys’ three dragons. But with only Drogon remaining, there’s now speculation that the three heads are not three dragon riders, but rather three Targaryens who will come together to save the Seven Kingdoms.

We know that both Daenerys and Jon are Targaryens, but if there is a third living Targaryen, Tyrion definitely seems like the most likely candidate.

One popular theory is that Tyrion is actually the Mad King’s bastard rather than the trueborn son of Tywin and Joanna Lannister, which would make him another secret Targaryen. This theory stems from hints in the books that the Mad King was overly fond of Joanna Lannister and may have raped her around the time that Tyrion was conceived. Joanna’s relationship with the Mad King is never mentioned on the show, but Tywin does make several comments that seem to hint that he believes Tyrion may not be his son.

“You are an ill-made, spiteful little creature, full of envy, lust, and low cunning,” Tywin tells Tyrion in season 3. “Men’s laws give you the right to bear my name and display my colors, since I cannot prove that you are not mine. And to teach me humility the gods have condemned me to watch you waddle about wearing that proud lion that was my father’s sigil and his father’s before him.”

Tywin’s last words to Tyrion are also literally, “You’re no son of mine.”

Tyrion finding a way to “wake dragons out of stone” would seemingly also tie directly into the Prince That Was Promised prophecy, perhaps indicating that Jon, Daenerys and Tyrion can only fulfill the prophecy together. “When the red star bleeds and the darkness gathers, Azor Ahai shall be born again amidst smoke and salt to wake dragons out of stone,” Melisandre says in the books.

There’s also the fact that the gyroscope in Game of Thrones‘ opening credits depicts four dragons instead of three and that in season 5, Tyrion and Jorah saw a dragon flying over Valyria that was never confirmed to be Drogon.

Could more dragons really be on the way? Only a few more days until we find out. 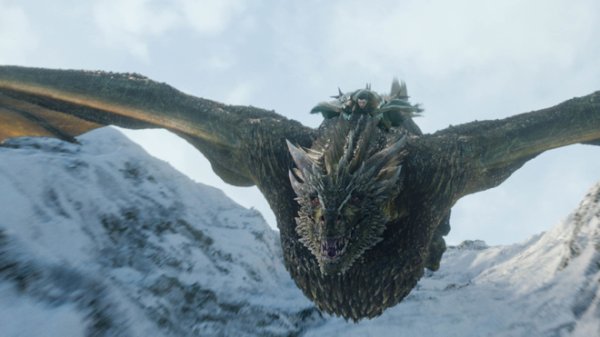 Can There Be More Dragons on Game of Thrones?
Next Up: Editor's Pick